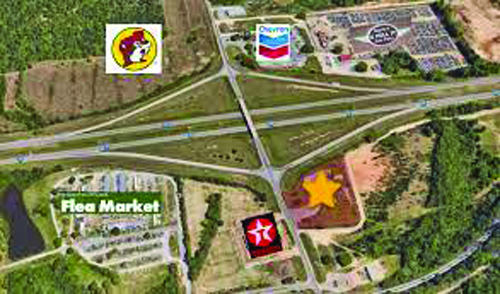 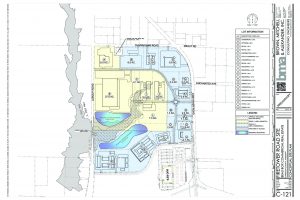 “The plan is to widen the existing overpass to five (5) lanes over I-10, which will help the site to attract regional and national users,” stated Beau Box Commercial Real Estate President and CEO Beau Box, SIOR. “That being said, we have had great interest from all types of potential users so far.”

An estimated $15 million dollars in major road improvements will enhance traffic flow at the Menge Avenue exit into the commercial park. A roundabout will help traffic entering the site.

In addition, Texas-based travel center chain Buc-ee’s will construct a new concrete boulevard between Lobouy Road and Firetower Road / Menge Avenue next to its new location.

The road will run through the middle of the commercial park to service the planned Pass Christian travel center as well.

Brown, Mitchell & Alexander, Inc.’s Project Engineer Dax Alexander, the civil engineering lead on the project, said “Harrison County has needed a commercial park of this size for a long time.” He added, “the location is perfect and utilities are available for a regional business center and the Menge Commercial Park will finally fill the void.”

Box is representing the landowners of the 140 acre parcel.

Beau Box Commercial Real Estate is one of Louisiana’s highest grossing commercial firms and has offices in Baton Rouge, Lafayette, New Orleans, as well as in Pensacola, Florida.

If you would like more information on commercial property at Menge Commercial Park, please contact Beau Box at 225-237-3343 or bbox@beaubox.com.

Pass aldermen vote to move ahead on Sazerac parking lot 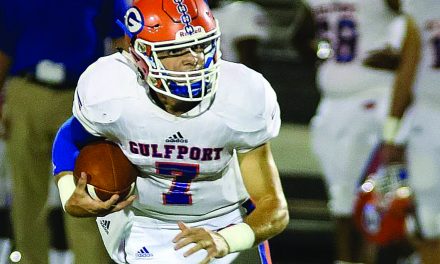