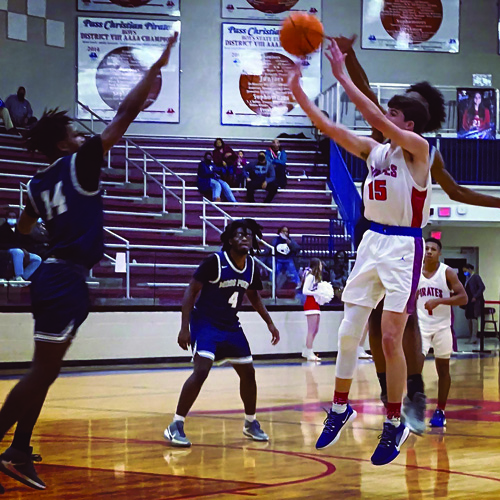 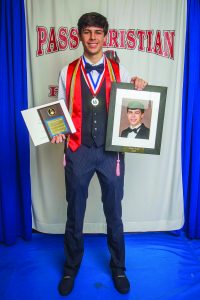 There is so much more to Carter Bond than his resume. Bond tells the story about how his mother had repeatedly told him from a young age that there was something special about him. He said he had always achieved at a high level and been involved in athletics, but he never felt that he was different from his peers.

The National Merit Finalist of Pass Christian High School has been supremely separate from his peers as he is currently ranked among the top of his class with a 4.162 GPA, 33 composite ACT score, and the potential to graduate with 14 college courses under his belt through nine dual credit courses and five Advanced Placement test scores of 3 or better.

Carter has maximized his academic opportunities at with the Tenacious Class of 2022 at Pass Christian High School.

“Carter is a wonderful student whose level of understanding in Macroeconomics is stellar. He exhibits such a deep curiosity and strives to understand things on a level that is impressive for someone his age,” expressed Launa Murray, the Social Studies Department Chair that teaches AP Government/AP Macroeconomics at Pass Christian High School.  “He is an absolute inspiration to me as his teacher and I am so excited to see and hear of his many accomplishments in the future. This young man is going to have an amazing future!”

Bond is as busy outside of the classroom as he is inside of the classroom through school leadership opportunities and athletics as well as community involvement. He represented our district well as an ambassador at the Trent Lott Leadership Institute, has served on the Superintendent Student Leadership Council for two years, and has been a member of theStudent Council, BETA Club, and Mu Alpha Theta.

Along with these leadership activities, he is a two-sport athlete playing both golf and basketball; most recently being recognized as All-District on our district champion basketball team. Carter also has dedicated time outside of the school through community service projects and church leadership.

You will find him helping motivate others to achieve goals – whether in the classroom, on the field, on the court, or in the community. Even though he is a formal member of several school organizations, Carter can be found supporting all school groups in accomplishing the projects that they have designed.

Bond is not concerned with the credit, but with the mission and the legacy that will be left by the Tenacious Class of 2022 as a whole.

The National Merit Finalist may be found sweeping the Pirates gym after an exciting pep rally filled with confetti, glitter, and other celebratory items.

Carter Bond’s success in the future is imminent.  More so, he is a kind, selfless person who sees beyond the attention to the impact from citizens, instructors and coaches in the community.

WOMAN WANTED FOR EXPLOITATION of a vulnerable adult