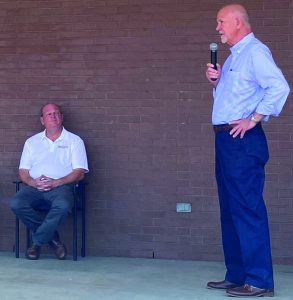 Despite the beginning of the summer heat and the weekend of graduation beginning, a small, but opinionated crowd came out looking for answers at the 2nd Annual Long Beach Political Debate outside at the Harper McCaughan Town Green on Saturday, May 14, 2022.  The Gazebo Gazette hosted the fourth congressional debate along with Bagel Bees bakery of Long Beach providing the candidates and crowds with cold beverages to sustain the early summer heat.

Before each candidate delivered their monologue, Long Beach Mayor George Bass came forward to deliver the invocation, provide the American pledge of allegiance and give a statement about the city of Long Beach, describing the many resources the federal government has delivered.

A specific number of candidates and questions were eloquently answered; however, the differences could be seen from partisan to economic to war circumstances.

Although, Diamondhead resident and Fourth Congressional Candidate Carl Boyanton thought otherwise.  “We have to print money and give it to someone else.  The European Union is in Europe, we should not be on the forefront putting up most of the money.”

Pastor and fellow candidate David Sellers gave a different point of view on this subject by stating his feeling of how military bases internationally have become a beacon in these regions and how “at the last two engagements in the Middle East, we were a central location and the rest of the United States needs to know that.”

In disagreements with the current United States President Joe Biden and his policies, most candidates were very clear.  “One key issue which needs to discussed in protection from the hurricanes,” said candidate Kidron Peterson from Poplarville.

“Why don’t we work on protecting our infrastructure along the Mississippi and we need the Barrier islands rebuilt.  Congress is solely set on themselves instead of the everyday people and veterans.”

Senator Wiggins further agreed with his dislike of the administration’s policies with a question about the cancelling of offshore leases in the Gulf of Mexico expressing that Biden is “uninformed, out of touch, out of connectedness the administration is because we have inflation and gas prices rising, but yet he wants to take drilling leases off the shelf.  It doesn’t make any sense.  The state of Mississippi and the coastal counties receive GOMESA money, which is derived from the oil leases and I have been on the front line for appropriated these funds to these communities.”

Libertarian Candidate Alden Johnson (who’s race will not be affected in the upcoming June 7 primary) spoke of his disagreement with the previous proposed wall and a planned homeland security change, saying “the fence doesn’t follow a straight line on the border.  We have Americans living on the southern side of the border wall and you need eminent domain on American property to build this wall.”

The group of candidates answered a wide range of questions involving student debt, military leadership, energy, voting rights, the seafood industry and the pandemic fiasco.  Each candidate responded within the two minute guideline for the question.

The Fourth Congressional District Primary is set for Tuesday, June 7, 2022 at your country precincts.  Boyanton, Brooks, Ezell, Palazzo, Peterson, Wagner, and Wiggins will all be on the ballot for the Republican side while Dupree and Sellers are on the Democratic ticket to face off on Tuesday, November 8, 2022. 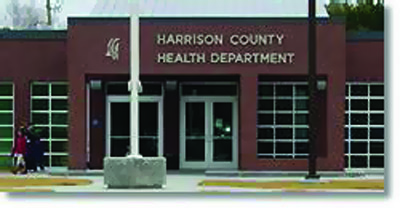 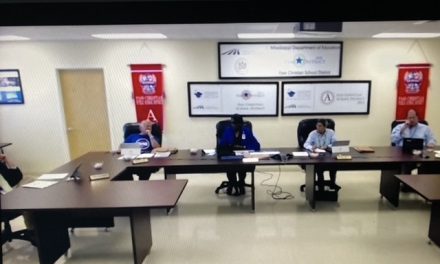