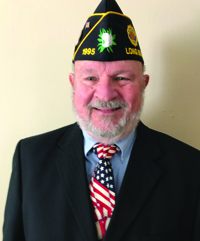 At the American Legion State Convention July 17, 2022, the Long Beach American Legion 1995 Post 2nd Vice Commander Charles Martinek was selected as the Outstanding Legionnaire of the Year 2022 – 2023 and earning the Ralph Godwin Blue Cap Award.  Department of Mississippi State Commander Jerry Allhands made this presentation at the State Convention.

Of the many years of service to the community, Martinek has been a member of the organization since 2005.  The retired Captain has been elected to the offices of Post Adjutant for 6 years and Post Historian for 1 year.

Captain Martinek continually serves civic and church affairs in our community in the name of the American Legion, as follows:  Member of Holy Family Catholic Church, Financial supporter of: Catholic Sharing Appeal, Little Sisters of the Poor, St. Jude’s Children’s Hospital, the Humane Society of South Mississippi, and Tunnels to Towers along with volunteering at the Long Beach Public Library after Hurricane Katrina in cataloging backlogged books.

Originally from New Hampshire, Captain Martinek graduated from the Naval Academy in 1972 and two graduate programs later in his career.  Following his graduation from the academy, Martinek served for 29 years active duty and retiring in 1995 as a Captain in the United States Navy.

In short, without “Blue Cap” Legionnaire Charles Martinek’s leadership, mentorship, initiatives, participation, and financial support, American Legion Post 1995 would not be as successful as it has been.  He truly has been the glue that has held the Post together. 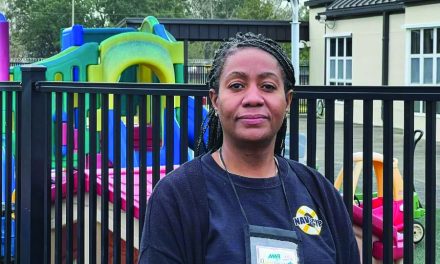