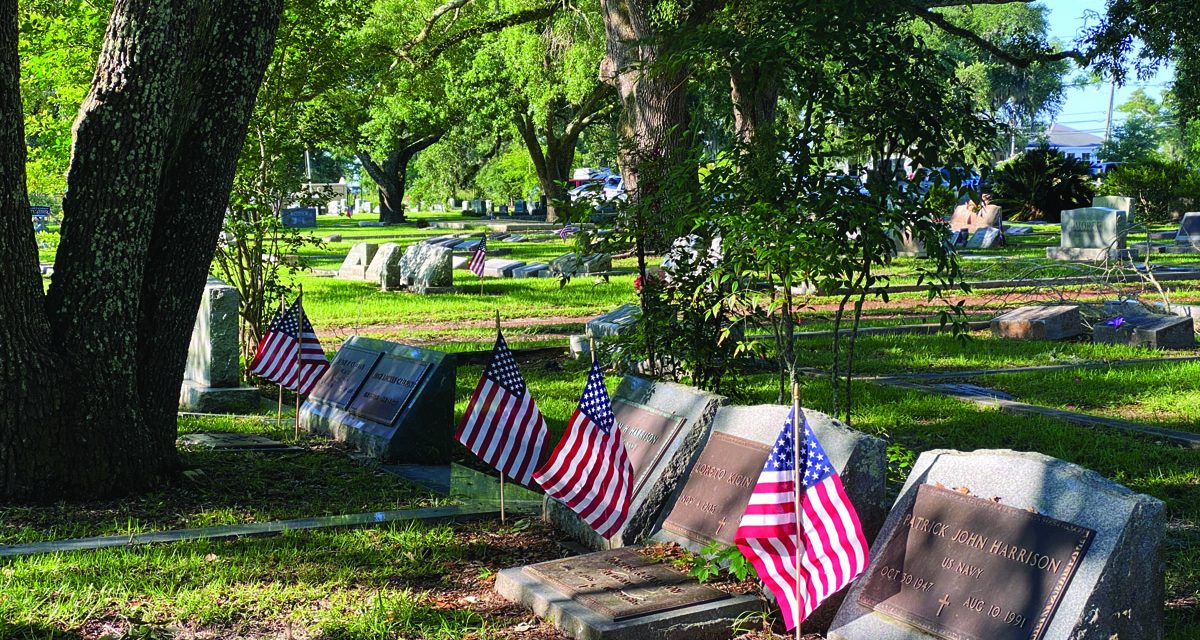 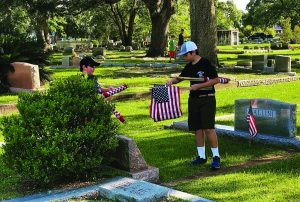 The Jones brothers distribute flags to place on the graves of armed service members at the Live Oak Cemetery in Pass Christian, Miss. on Friday, May 30, 2022. (Hunter Dawkins/The Gazebo Gazette via AP)

Over the Memorial Day weekend, two groups honored the lives of the fallen members of service in Pass Christian.  Although they are different, both advocate for celebration of the former service members lives.

While devoting nearly a decade of service in the Pass Christian community, the Cecil R. Ruddock Veterans of Foreign War (VFW) Post 5931 and the Monsignor Leech Council 4472 of the Knights of Columbus have become synonymous to working together for different community causes.

Friday, May 27 both groups met outside the Live Oak Cemetery in Pass Christian along with a few additional guests to place American flags on each former member of service’s grave.  After this, they headed to the other graves in Pass Christian and a few in the western part of Harrison County for the same reason.

“We are here to pay our respects and to honor the men and women who served our country,” said Knights of Columbus member Greg Federico.  “In our fourth degree as a knight, one of our teachings is patriotism and it is a great deal for our fraternity.”

“Memorial Day for us who are veterans and members of the VFW is a way of honoring our past heroes,” stated VFW 5931 Commander Mark Carter.  “We take this one day to honor them, but we really should be doing this 365 days a year.”

Being involved in this activity, Pass Christian mayor Jimmy Rafferty expressed “It’s amazing you see all of these representatives from Pass Christian from different branches of service.  You see these long generations of families that have come to honor their families and it means a lot to Pass Christian.”

The Monday, May 30th event was to give a background of the holiday itself.  Both groups were dressed in their uniforms and went through the solemn activities in honoring the fallen heroes.

Following the presentation of guests and their discussion with the few hundred-deep crowd, Carter gave a little background of the VFW Post, it’s namesake, and a few of the community activities they were involved in.

The Cecil R. Ruddock namesake came from the man himself, who was the first man from Pass Christian that died in World War II at Pearl Harbor in Hawaii.

Even though Ruddock is entombed at the USS Arizona in Pearl Harbor, he has a grave stone in the back of Live Oak cemetery.

Finally, the commander presented Pass Christian Middle School Teacher Charlene Stephens with the honorary certificate of being recognized as the Mississippi VFW Teacher of the Year.  Stephens has been honored numerous times at the local level, but received an official statewide certificate this year.

Secondly, Carter presented 6th grader; Daelyn Wilkinson with a certificate of merit for an outstanding essay, which named her an outstanding young spokesperson of the future.  After receiving the award, Wilkinson gave a few brief comments.

Holy Family Parish Priest Father Mike Austin ended the event with prayers for the fallen and each family where the music of T.A.P.S. played during the completion and the flags were flown all around the park for those that gave the ultimate sacrifice for our country.

Both groups provided a sight of what true community service is about.

Front Photo:  United States flags are placed at the Live Oak Cemetery in Pass Christian, Mississippi, on the graves of military members for their service on Monday, May 30, 2022 by the local Veterans of Foreign Wars (VFW) and Knights of Columbus. (Hunter Dawkins/The Gazebo Gazette via Associated Press) 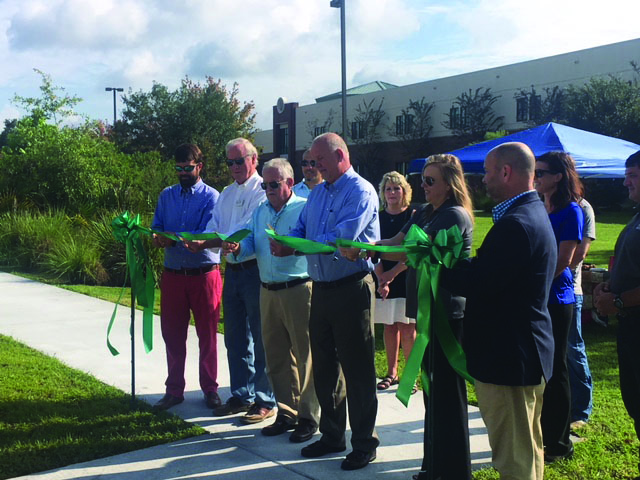 THE HOUSE OF THE RISING SUN