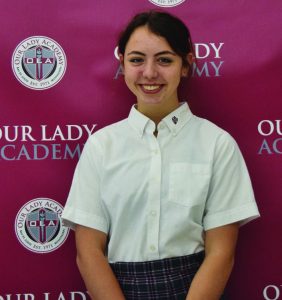 Our Lady Academy (OLA) Freshman Emmy Bosarge from Pass Christian was the recipient of two literary awards from the Scholastic Art & Writing Awards program. Emmy’s poem entitled “Song of Sirens” and her photography piece “I’m Fine” were chosen by The Alliance for Young Artists & Writers as the 2022 Regional Silver Key awards.

Established in 1923, the Scholastic Art & Writing Awards program is the nation’s longest-running program supporting student achievement in the visual and literary arts.

In 2019, Emmy discovered her true passion for writing after attending a workshop under the guidance and instruction of Mississippi novelist, Margaret McMullan. McMullan recognized Emmy’s talent and persuaded her to enter her literary work into the Scholastic Art and Writing Regional Competition.

In 2020, Emmy was the recipient of the Regional Silver Key award for her flash fiction called “Destination; Deliverance.” In 2021, Emmy’s poem entitled “Lotus” earned the Golden Key Regional Award and the National Gold Medal Award.

Emmy is recognized as an accomplished artist and writer and is currently working on her first novel entitled “Devolution of the Rose”.

When Emmy breaks from writing, she turns her attention to the Youth for Youth (Y4Y) project.  This is a project that her sisters, Abby and Jordan had launched but were unable to continue developing.

Abby passed away this past November and Jordan continued to pursue her college education away. The program formed by youth for youth was created to attract kids to work on community projects that would be fun and interesting.

“I think youth representation when done by adults, isn’t always authentic. So obviously, if there is a community service group that is youth run, there is a different perspective,” said Emmy.

For more information on the Y4Y program or to become a member of this organization, contact emmybosarge@gmail.com. 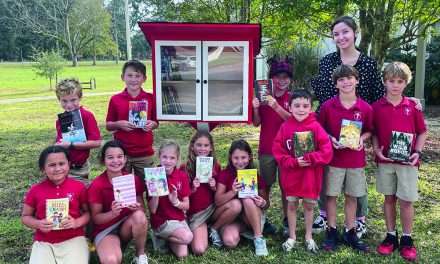 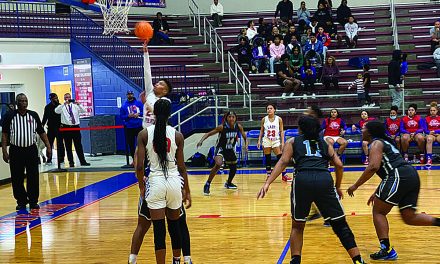