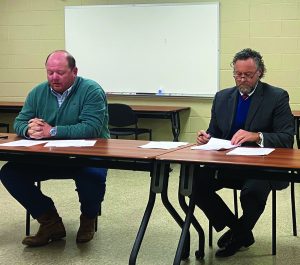 After many months of hard work and effort, the Pass Christian Board of Alderman approved a 2022 Paving Strategy as submitted byMayor Jimmy Rafferty.  Since the new administration took office in July 2021, citizens and Board members alike have been pushing for a paving strategy that addresses the ever-growing road, flooding and infrastructure issues within the City.
With the help of City Engineer Bob Escher, Ward 3 Alderman Kirk Kimball, Ward 4 Alderman Victor Pickich, Public Works Director Kirk Ladner as well as others, the City finally has a plan to effectively deal with short and long term paving issues.
Mayor Rafferty outlined the process which involved a physical review and analysis of City roads, development of cost estimates for each work requirement,  and the priority of paving based on severity, need as well as safety and legal liability concerns for each paving project.  The mayor stated that “the City has over $2M in paving needs in the City.”
The paving plan has three parts, 1.) Those repairs that need to be done before paving can be done, 2.) paving needs and 3.) patching.   In the repair arena, the Board has already approved $42,811 in High Priority repairs, identified 32 projects totaling $2.1M in paving needs and the City is seeking $371,665 from Harrison County to help fund these projects and 31 patching projects have also been identified at a cost of approximately $6K .
The Board added five additional projects for approval at the May 2022 Board meeting: Hunter Avenue in Ward 3, $13,813; Saucier Avenue in Ward 3, $24,562; Wittman Avenue in Ward 3; Beechwood & East Royal Oak in Ward 4, $7,715; Lemoyne & McClung in Ward 4, $10,739 and West Royal Oak (North of Fairway Drive), $15,559 at a total cost of $82,046.

Alderman Pickich commented, “I am pleased that after months of hard work, the Board of Alderman and the Mayor could agree on a strategy to make the necessary repairs needed throughout the city.”

At the same recessed meeting the Board also conducted interviews for two vacant commissioner positions on the Pass Christian Civil Service Commission (CSC).
These vacancies resulted from recent resignations of long serving CSC Commissioners Adam Pace and Donald Moore. Halle Ricketts is currently the only remaining CSC Commissioner on the three member commission.
Four nominations were received but only three were interviewed because Mariah Furze opted out of the interview process as a candidate. Those who interviewed included Greg Frederico as nominated by Ward 4 Alderman Victor Pickich; Tyler Watters as nominated by Ward 1 Alderwoman Betty Sparkman and Joe Piernas as nominated by Mayor Jimmy Rafferty.
Nominees were then given an opportunity to make an opening statement as well as to make their case as to why they should be appointed to the PC CSC.
The first candidate interviewed was Greg Frederico; currently with the Harrison County Sheriff’s Office and also serves as a school principal in Metairie, Louisiana. Frederico is a 30 year resident of Pass Christian and commented, “I wanted to get more involved in the city where I live and I want to do more with the people here rather than just the county.”
Frederico added that he had already served on many boards and was able to work effectively in each capacity.  The officer further stated, “I’m on three boards and have never had a problem ever working with those people. I know what it takes in law enforcement.”
When pressed by Alderman-at-Large Kenny Torgeson and Ward 3 Alderman Kirk Kimball about Frederico’s commitment to attending all commission meetings as well as conducting required candidate exams, Frederico commented, “In all my years I have never started a job that I quit. I’ve always had a strong belief in commitment, if you start something you finish it.”
The second candidate was longtime Pass Christian resident and former Pass Christian Alderman Joe Piernas. Piernas outlined his work history at the Dupont Plant which included 27 total years, 14 years of which was working as Human Resources Manager.
He handled hiring duties which involved administering pre-employment exams. He commented, “HR was probably the best job I ever had. I also spent 22 years with the Pass Police Department and the last 14 as the Reserve Chief.”
Piernas added that he had conducted many written and physical tests while working for the Pass Christian Police Department.  He concluded his opening statement by saying, “I believe in commitment in everything I do.”
Last but not least, Tyler Watters rose to outline his qualifications for serving on the CSC. Watters served for twenty two years with the Navy Seabees where he attained the rank of Senior Chief Petty Officer.  He and his family moved to Pass Christian in the 2015-16 time frame.
Watters commented that he had spent time in HR conducting testing, evaluations, administered discipline, and trained Naval personnel.  He added that he felt that the mission of the CSC fit right into his “area of expertise.”
The candidate reassured Alderman Torgeson and Alderman Kimball that if selected, he would give his full commitment to the CSC. He added, “I just want to serve, that’s it.”
According to Mayor Rafferty, Board members have until Friday, April 25 to return their ranking score sheets to City Hall. Official action will be taken on the matter at the first Board in May which is May 3, 2022, 6 pm at the City Hall Auditorium/Courtroom.
Once appointed, the new commissioners will receive formal training from the Mississippi Municipal League or another source as chosen by the City.
Following this training, the Commission will have its hands full with getting the Fire and Police Departments caught up with having enough certified candidates to fill vacancies in both departments. 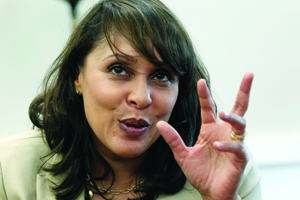 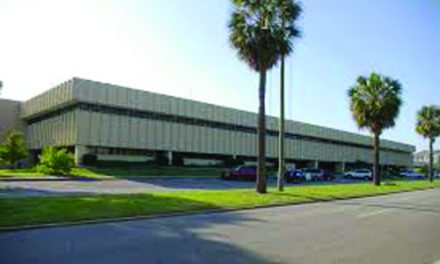 Harrison County Board of Supervisors Declare Local State of Emergency 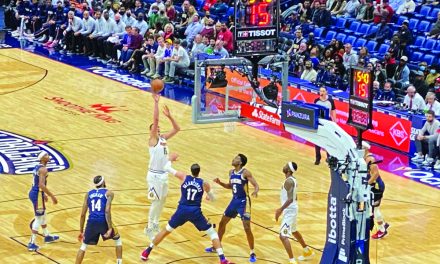