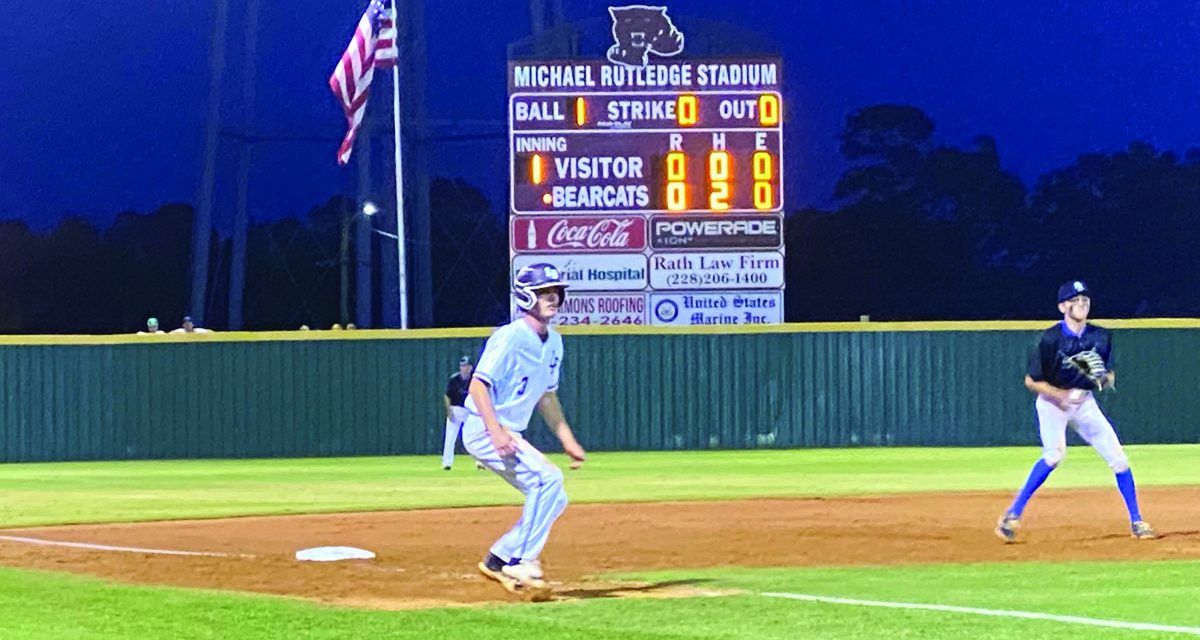 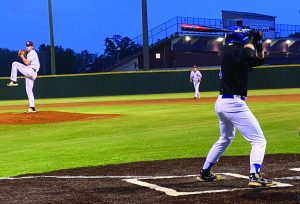 After a tough district loss to last week in the late innings, the Long Beach Bearcats (13-8) baseball team showed composure in a win against the Pearl River Central Blue Devils 4-1 Tuesday night at the Mike Rutledge Stadium.  The win gives them a one game edge in District 7-5A with two games left.

The Bearcats were led by pitcher Cameron Fennell from the mound, who tossed a complete game of seven innings and only allowed one run off three hits.  Fennell struck out nine batters during the game.

Long Beach scored the first runs late in the second inning after Bearcats outfielder Ashton Schepens hit a triple knocking in teammate Charlie Starita.  With two outs, Schepens stole home plate to increase the lead 2-0 at the end of the second inning.

In the next inning, Starita hit a hard ground ball to the first baseman, bringing home Long Beach teammate Wesley Watson followed by the Bearcats final run with Luke Thomas scoring on a passed ball.

Despite allowing one run in the top of the sixth, the Bearcats held firm for their victory in the last regular season home game of 2022. 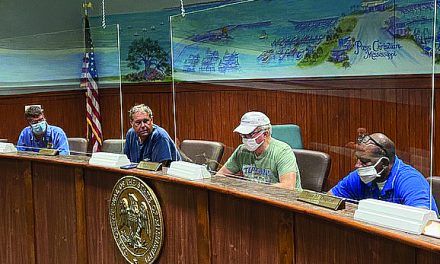 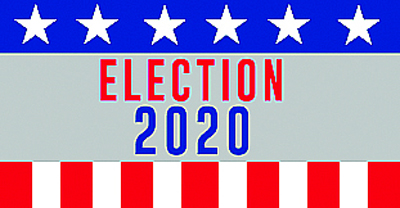