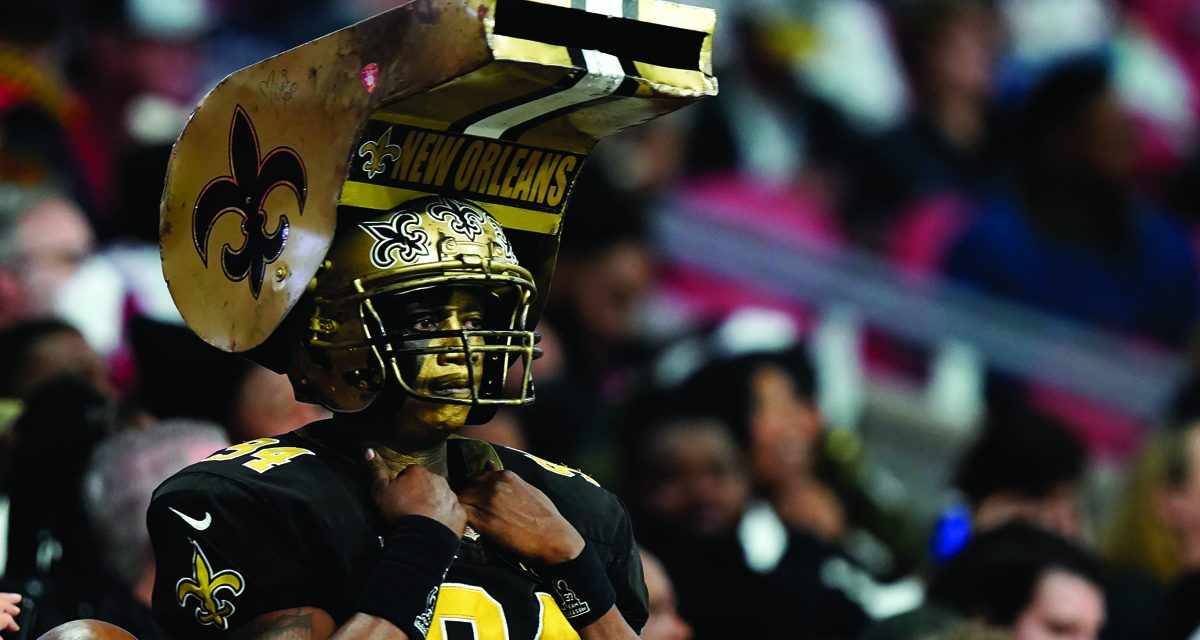 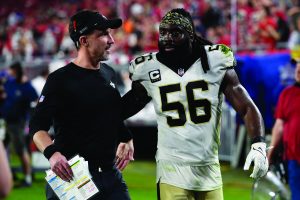 Sports fans in New Orleans & the Mississippi Gulf Coast have seen a lot of losses lately for the Pelicans and Saints. After a record-breaking 15- years with future Hall of Famers Drew Brees-Sean Payton at the helm, there is a fear the franchise could falter back to spinning the wheels of the Jims, the ‘just good enough to break your heart’ days of Mora and Haslett.

Skipping over the Mike Ditka disaster and decades under Dave Dixon to more recent events, I’ll have to be honest upfront: falling 20-3 to the Miami Dolphins was the most satisfying loss this old ‘Buddy D’ Diliberto squirrel witnessed in a long time. Why?

The five stages of grief were replaced by a clarity to properly temper future expectations after years of trying to keep a Super Bowl window open with Drew Brees diminishing arm. To clip Paul Harvey’s famous sign-off line, here is the whole story.

Issues with injuries and COVID-19 led to a 9-8 record with four different quarterbacks. The Saints called Drew Brees and Philip Rivers, making Ian Book the sixth option under center. They set a record for most starters used in a season. The Dome Field Advantage is only as real as the depth of the team defending the home turf, but the Who Dat Nation family is thicker than a frozen daiquiri.

It was as true for Steve Walsh, Bobby Hebert and the Dome Patrol then was for Ian Book, Trevor Siemian and this year’s championship-caliber defense. The similarities of those old experiences with the present swept in a heavy cloud of nostalgia walking down from the press box.

That’s when I realized this is the exact season the city and team needed to regroup and reset.

There is one thing trying times do bring out: The True Fan and the ties that bind a sporting community. That’s what I will remember most about this year, those that kept showing up even to root for Book and Siemian despite the extra hassles and headaches that come with safety measures and using multiple back up quarterbacks.

The Saints used to get bumped for the Dallas Cowboys on television just an hour north of Interstate-10. It wasn’t until 2009 that those old North Louisiana pickup trucks got Drew Brees stickers to cover up dusty Troy Aikman bumper badges.

Many of those people just got Dak Prescott jerseys for Christmas, which, fine. Every fanbase this side of Detroit needs a culling season after a winning streak to shake the bandwagon loose of the uncommitted. It brings the team’s family closer together and is why I’ve enjoyed this season for what was not what it could have been.

Going out with a 9-8 record is a testament to what Sean Payton built. Still, the Miami loss just felt like home. There was a lingering tinge, a warm embrace wrapped up in this loss reminiscent of the 1980’s-90’s teams that had just enough talent to make things interesting but not enough to truly threaten the Dallas Cowboys or San Francisco 49ers dynasties.

The Las Vegas sharps had again marked the Saints as the rare home underdog when Miami came to town. New Orleans is nothing if not hospitable right?

Still, walking in, Who Dat fans believed for three hours they could Bless Dem Boys into a win. It’s just the Tua-led Dolphins after all, right?

I’ve seen a lot of losses in the Superdome starting October 14, 1984 as fan up to the press box the last few years. I was born six weeks earlier and grandpa thought it best to indoctrinate me into the South Endzone Life faster than priests sprinkle water on newborns.

I cannot remember Ken Stabler having such a pitiful 17/35 day that the walking clipboard called Richard Todd got to attempt 13 passes. Hey, Todd completed ten, and eight of those even went to a teammate!

I do vividly remember the 27-20 playoff loss to the Atlanta Falcons in 1991 however.

There was only so much the Dome Patrol could do to win the game being on the field so long. What hurt most was Michael Haynes, trumpet playing track star for Joseph Clark High in New Orleans with little football experience scored on a 61-yard pass play with 2:41 left in the game.

Mora’s Prevent defense, continued disregard for a clock-killing run game, and lack of game-breaking skill position talent killed what could have been the first truly great winning season in Saints history.

(It remains baffling the Saints traded so much for Steve Walsh when they needed just one more piece to truly contend. Three Picks?! For a backup QB!? Worse trade this side of Ricky Williams, not that the Saints were known for smart drafts then but I digress…)

The loss to the Dolphins to close out the 2021 calendar year was the (Ian) Book-end to the first championship era of Saints football, and poetic considering Nick Saban wanting to bring Brees to Miami. Brees taking a picture on a golf course was proof he is not walking through that door to pass a ball nor a torch.

With Payton now gone, next year will be the first fresh start to a new era whether Jameis Winston returns or Dennis Allen recruits Russell Wilson. The new coaching staff is walking into a clean kitchen to whip up some new winning recipes. The fans will be the taste testing judges in the coming years, but they are lining up to make reservations, as Saints tickets sales have remained steady.

This COVID-19 stricken season reminds me of those tough years before the Saints started winning consistently. Each franchise has its own comparative history but New Orleans still fell short of recent Super Bowl expectations more often than not thanks to a few untimely no-calls (Rams) and missed tackles (Vikings).

It felt like these last few years lacked closure in a way but the final seasons with Brees were cherries on top of the Lombardi trophy.

Remember, there was a string of 7-9 seasons and a year-long suspension of Payton that brought the whole operation into question. Yet the true fans remained family, even through a pandemic.

The front office can now take time to regroup for the next block party season on Poydras.

The pressure of win-now expectations remain as the team is expect to keep this entertaining, competitive core in tact. New Orleans can build from that foundation. Fans know this team will not fall to the despair of wearing bags again, not with this leadership.

Not even if they have to play against the refs and Roger Goodell.

The sporting bond that has kept so many sane during these last few years was more present than ever leaving that Dolphins loss.

Knowing what I remember most now looking back on those games watched as a kid, I know the biggest takeaway from this season: Despite any hurricane storms, Superdome electrical fires, or shutdown stumbles, New Orleans might lose a game but it has never lost its faith… or an after-party…and that’s just the attitude that keeps our spirits up through it all. (At least until New Orleans goes OL in the NFL Draft!) 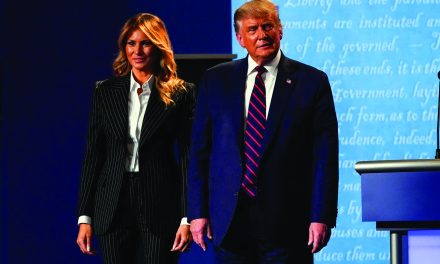 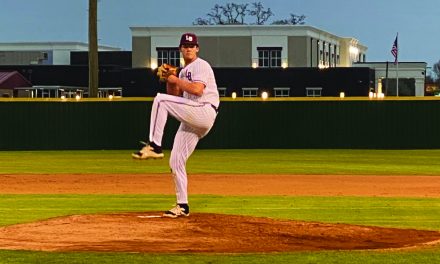 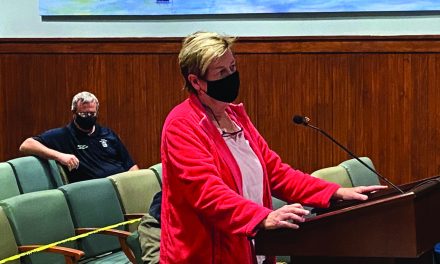