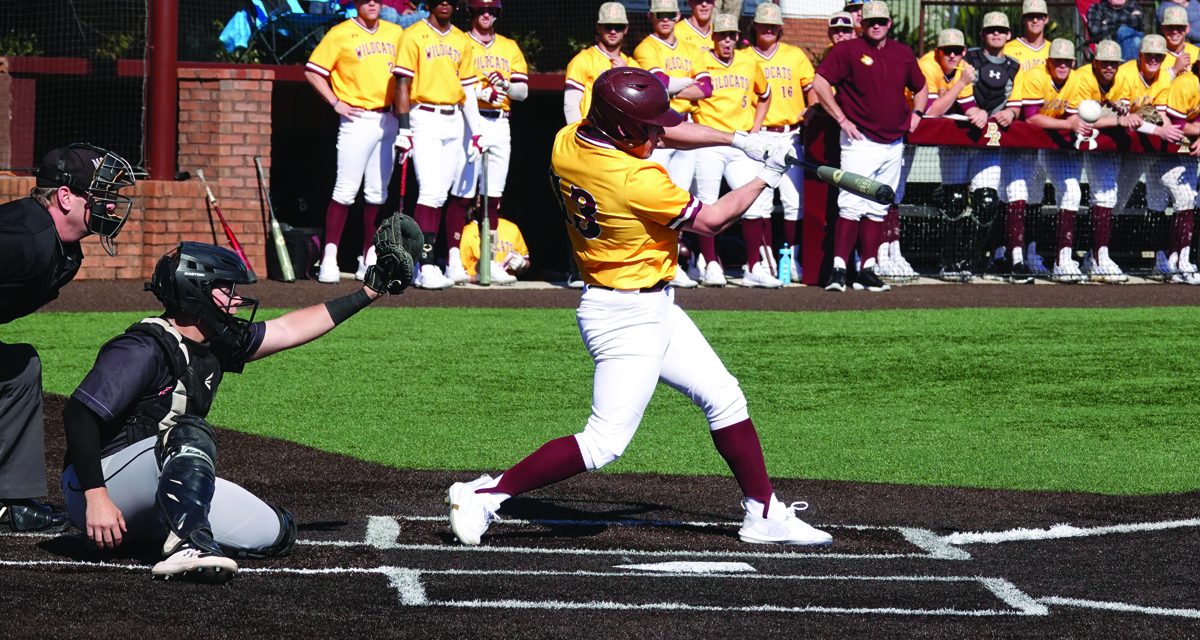 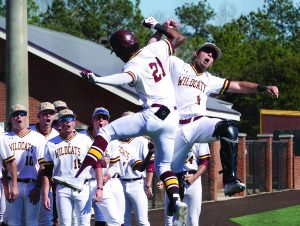 Facing a potential sweep at the hands of visiting Coastal Alabama-North on Saturday night at Dub Herring Park, the reigning MACCC Player of the Year and NJCAA All-American strode to the plate with two outs and the potential tying run at second.

With the cool March air blowing in from right field and first base open, the Eagles could have opted to walk Parker and deal with Logan Walters.

Instead, Parker watched the first pitch go by for a ball and then mashed the second. The high, arching trajectory seemed to hang in the air for most; would the wind blow it back into the field of play?

“I’ve hit a few of those high and outside pitches out to right-center. I pretty much knew that one was gone; but the wind was blowing in so it was a little iffy,” Parker said of the 6-5 winner. “We have hit a few balls tonight that were touched but came back in.

“That one must have been hit a little better than the others.”

Parker finished the doubleheader 3-for-7 with four RBIs, three runs scored and two homers — his first round-tripper coming in the first inning of Game 2.

“He’s a marked man, so to do what he does when he’s a marked man is special,” PRCC coach Michael Avalon said of Parker. “That ball hit into the wind speaks to the kind of player he is and the strength he has. There was no one else we would have preferred to be at the plate.”

GAME 1
Pearl River fell in Saturday’s opener 6-5 despite a strong start. PRCC opened the scoring in the bottom of the first courtesy of a Parker deep fly that allowed Gabe Broadus to score.

The Wildcats tripled their lead in the second, plating runs on a Broadus single that scored Blake Hooks and a Logan Walters fly that scored Taylor Woodcock (Pass Christian; West Harrison HS).

Coastal Alabama-North got two runs back in the third to pull within one, 3-2.

The Eagles surged had two innings later in the fifth, forcing PRCC to use three pitchers while they jumped ahead 5-3.

Parker led off the bottom of the fifth with a single. After Alex Perry reached on an error, both Wildcats advanced on a groundout and scored on a D.K. Donaldson (Gulfport; West Harrison HS) double into the right-center gap.

The Eagles regained the lead in the sixth, scoring one run to pull ahead 6-5, and the Wildcats were unable to mount one final rally.

Will Passeau made the most of his first start on the mound, striking out five over four innings.

“He had really good stuff,” Avalon said. “He’s going to throw a lot of big innings for us.” 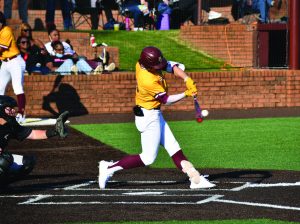 GAME 2
Parker got the offense started in the first with a first-pitch blast over the left field wall.

CAN responded in the top of the second with a two-out, two-run single. The Eagles tacked on a three-spot in the top of the fifth to chase starter Leif Moore. Byrion Robinson stopped the bleeding by striking out the lone batter he faced in the frame.

Needing a spark, Matt Mercer came through for the Wildcats with a two-run blast in the bottom of the fifth to pull PRCC within two, 5-3.

PRCC pulled within one in the bottom of the sixth. Perry doubled to open the frame and advanced to third on a wild pitch. Preston Soper  walked to put runners on the corners. A delayed double steal allowed Perry to slide across home just ahead of the return throw home for PRCC’s fourth run. Mercer had a chance to tie the game but the Eagles’ left fielder snagged a hard-hit ball from the Troy signee before it touched down.

Freshman Ian Montz set the tone for the decisive seventh inning, working a full-count walk to leadoff the inning.

Montz, who struggled in Game 1 Saturday, had entered the second game as a pinch runner a few innings earlier.

“Hopefully he learned a lot today. He’s a guy I pointed out after the game. He was a voice I constantly heard in the dugout. He didn’t play well in the first game, but he didn’t sulk or feel sorry for himself. He kept chirping. Like I told them after the game, it was great what Tate did, but Ian made that possible,” Avalon said of Montz. “I think we have to learn from Ian. That’s the big takeaway. Things aren’t always going to go our way.

“It’s a tough game. But you have to find a way to stay positive. Keep working, because you’re going to get another chance and you have to make the most of it.”

A successful sacrifice by Woodcock to move Montz into position and lineup set the table for Parker’s heroics.

Parker was the only Wildcat with multiple hits in Game 2, going 2-for-4 with three RBIs and two runs, including his two homers.

UP NEXT
The Wildcats are back in action at The Dub Tuesday for a 2 p.m. first pitch against Northwest Florida State College. 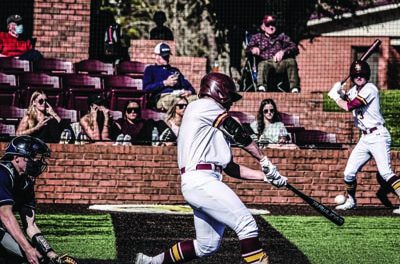 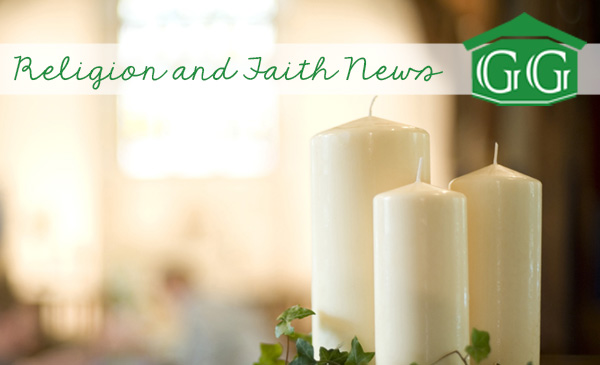