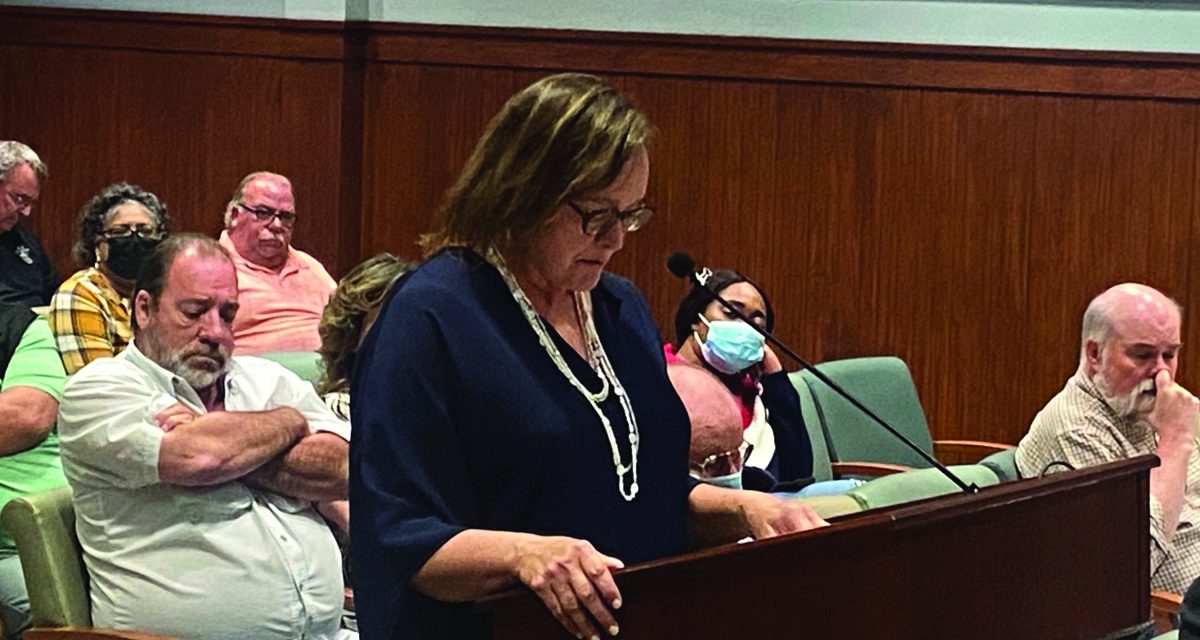 Former Pass Christian resident and owner of South of I-10 Wendy Spratley has been doing business along the Mississippi Gulf Coast since she started her business in and can usually be found selling her clothes at festivals, special events as well as every Saturday at The Pass Market.
Although her specialty is t-shirts, Spratley offers an assortment of other items including mugs, hats, visors, tumblers and other specialty items.  The focus of her products is the truly outstanding fellowship and philosophy of living South of I-10.
Spratley has been trying to obtain a business and/or transient license from Pass Christian for many months, with little to no success.  According to Spratley, she was “run off” by Pass Christian officials when she tried to open her pop-up tent during the 2021 Cruisin’ the Coast.
She told The Gazebo Gazette that she had obtained permission from a local private property owner to operate during this event.  Although Pass Christian has no specific ordinance regarding pop-up tent businesses, initially Spratley was told that she would simply need a business license.
However, after officially requesting a business license on October 21, 2021, she was told by Pass Christian City Attorney Malcolm Jones, “I have spoken with our City Planner about the application of the zoning ordinance for temporary structures for retail purposes. The City’s Development Code or zoning ordinance prohibits the use of tents for residential uses in all zones.”
The Pass Christian Development Code defines a kiosk as “a small open-fronted building or booth less than 75 square feet from which newspapers, magazines, refreshments, tickets, information pamphlets, and similar goods may be sold. A Kiosk shall not exceed 12 feet in height, shall have Facades on all sides, shall be approved City Architect or the Community Architectural Guidelines if they exist.”
Jones’ response to Spratley’s business license request added, “The Planning Commission is currently studying the zoning ordinance for possible text amendments for other reasons. If the Planning Commission is inclined to do so they may recommend changes to the Mayor and Board of Alderman concerning the zoning ordinance for this matter.”
At the March 1, 2022 Board Alderman meeting, Spratley was surprised to find this item on the agenda, “Consider request of Wendy Spratley for the City to enact a standalone ordinance or amend the City’s zoning ordinance to allow vendors to sell non-food merchandise from temporary structures upon private property where other businesses exist upon such terms and conditions shall deem appropriate, excluding Cruisin’ the Coast.”
Since Spratley was not in attendance to speak on her own behalf, Alderman-at-Large Kenny Torgeson asked that the matter be tabled.
The matter came up again at the March 15, 2022 Board meeting where Board members debated whether or not they should approve a standalone ordinance as proposed by Spratley.
On the one hand Board members extolled the need for economic development but apparently not this type of business.  The Board failed to give Spratley an opportunity to speak before the actual vote was taken.  Furthermore Pass Christian Mayor Jimmy Rafferty enforced the seldom used 3 minute rule whereby he commented, “you need to wind this down.”
Unlike others bringing issues to the Board, Spratley was not given ample time to effectively present her case to the Board. Later in the same meeting, another citizen was given 5 minutes to chastise the Board regarding their decision to opt out of the Mississippi Cannabis Program.
In spite of having 20 businesses sign a letter in support of the new transient retail business licence allowing pop-up businesses, the Board voted against this measure.
The aftermath resulted in outrage from local residents.
Local business owner Paula Dubos Armbruster commented, “I was disappointed with the Board of Alderman shooting down Wendy Spratley’s Pop Up business plans . I thought it was a good idea for small or starting businesses to have the opportunity to see if they can succeed in our town without spending copious amounts of money and losing it all. Still don’t see what the downside was…maybe someone can fill me in.I would love her to set up at my store.”
Pass Christian Resident Amy Stewart Steiner asked, “Didn’t the City approve a burrito truck to come and sell their stuff…what is the difference? I’m confused.”
Another Pass resident Mike Morgan offered his explanation for why this request was turned down, “Seems like the consensus was 2 fold: slippery slope of people setting up shop on their front porch kind of thing and then being able to regulate, enforce codes and of course tax(s).”
Several others noted that they didn’t want these types of businesses “popping up all over town” and that it was unfair that they had to pay facility costs and property taxes while these businesses could operate with little to no cost.
Only time will tell whether pop-up tent businesses will “pop-up” in The Pass.  Just like the countless other issues the City is currently dealing with, this matter seems to have created another divide amongst Pass residents.
There’s one thing that’s for sure, it’s definitely not easy being a City official during these challenging times. 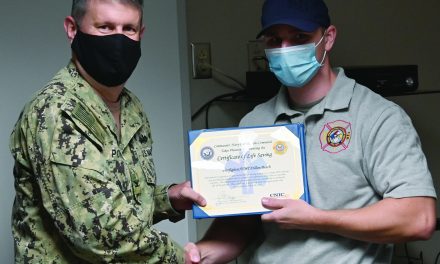 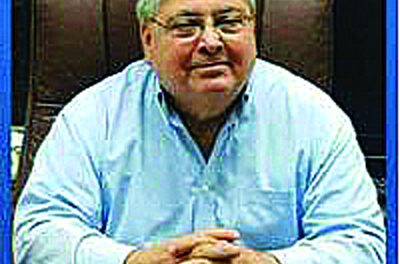 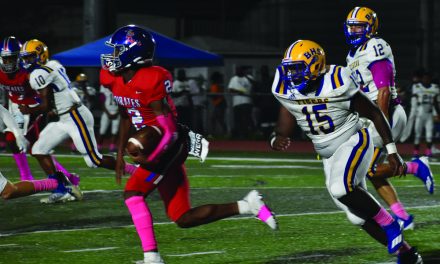 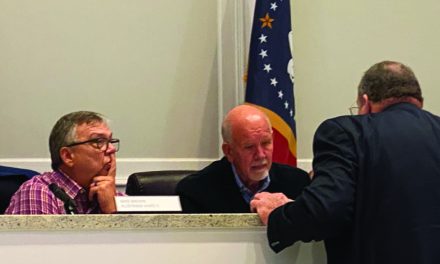