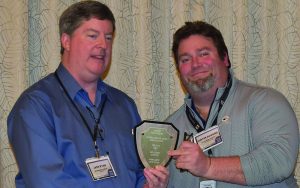 In keeping with it’s winning tradition in the likes of such powerhouses as the Alabama Crimson Tide college football team, the New England Patriots NFL football team and the UCLA college basketball team, The Gazebo Gazette has once again earned nine advertising awards from the Mississippi Press Association (MPA).

Since taking over as the CEO and Publisher of The Gazebo Gazette, Dawkins and his team have captured close to forty awards and the awards keep coming to this weekly newspaper.

As officially announced by MPA, “Several newspapers were recognized for excellence during the annual Better Newspaper Contest Awards Advertising Division presented by the Mississippi Press Association (MPA).”  The Gazebo Gazette; the only independent newspaper on the Mississippi Gulf Coast, was singled out among their peer publications during the annual MPA Mid-Winter Conference Feb. 18 in Jackson for winning two first place plaques and earning seven additional certificates.

“These newspapers have been recognized for being the best in their classes for service to advertisers and readers,” said MPA Executive Director Layne Bruce. “The Advertising Excellence Awards are presented for the cumulative body of work of these in 2021, and honors their efforts in print newspaper, magazine and digital advertisements.”

Some of the specific awards included:
*Hunter Dawkins; publisher/owner of The Gazebo Gazette, received the plaques for the Best Special Section and Best Political Ad in the weekly newspaper subdivision.  Dawkins finished second for the Automotive Ad, the Silver Dollar Idea, and Digital Ad with web designer Jeny Dowlin.
*Advertisement Specialist Jason Platz finished second for The Gazebo Gazette with a design for Grocery & Restaurant category.
*The publisher finished third place for the General Excellence in advertising and for the political ad category.  Dawkins and Dowlin also shared third place for the grocery and restaurant category.
After receiving the awards, Dawkins commented, “I was thankful that MPA (Mississippi Press Association) recognized the hard work for all of the local advertisers,” said Dawkins.  “So much is lost in reflection of how advertising truly helps the paper come together.  I truly appreciate that MPA gives newspapers the opportunity to showcase this.”
Dawkins also added, “It is truly a joy to be recognized for the high quality of work that we provide for our readers. In spite of having a small team and limited resources, we always strive to provide the best newspaper possible to our local community.”
In the advertising awards for the last five years, Dawkins and The Gazebo Gazette have earned plaques for the political ads three consecutive years, won the Silver Dollar Idea (which is renowned for being the best business idea in the state newspaper industry) last year, and been recognized in the grocery/restaurant category every time.
Awards for editorial excellence will be handed out this summer.
Now in its 156th year, MPA is the trade association for newspaper media and affiliated online and digital publications in the state. 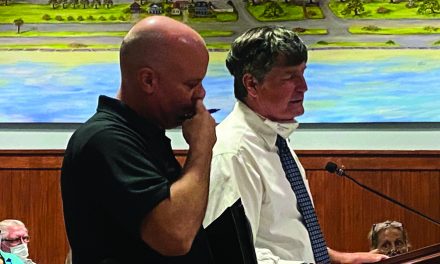