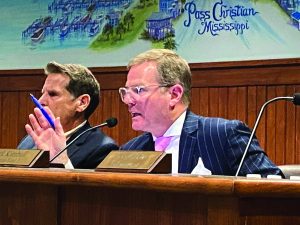 According to a Mississippi Attorney General legal opinion; citing Miss. Code Ann. 21-3-15, provided by Alderman Kirk Kimball stated, “A mayor holds no authority to unilaterally remove an item from the agenda, nor may he control the manner in which the agenda is developed.”

What started the robust debate on the agenda issue was a request from Alderman Kimball to change the agenda process whereby Board members would have more time to adequately research all agenda items before voting on them.

He asked that the agenda be delivered 7 calendar days prior to the Board meeting and that no addendum be accepted; except for emergencies, at least 6 days before the BOA meeting.

Alderman Kimball commented, “This will allow for time efficiency, proper research, understanding of the issues, and free flow of information to better make decisions for citizens.”

Her concern was that it would unnecessarily slow down government. She added, “I don’t think we have a problem and I’m not sure why we’re trying to fix it.”

Alderman Kimball retorted, “I don’t want to pass the bill to see what’s in it!”

Kimball outlined the current process whereby Board members get the agenda late on Friday afternoon and if they need any additional information or have any questions, they only have a short window of time needed to prepare for each board meeting.

He stated that we “owe it to our citizenry “ to be fully prepared to make the best and most informed decisions on matters affecting our City.

Mayor Jimmy Rafferty didn’t agree with the proposed changes stating that he believed that based on his previous corporate experience, the current process was working and changing it would be “taking steps backwards and the people that are going to suffer are the people of The Pass.”

Kimball responded, “I want to keep the trains moving on time but at some point you gotta realize you’re on the wrong train track.  We work for these people in the audience, we don’t work for a corporation. I come from the private sector and you’re not giving me any information I don’t already know.  You’ve got to realize that we’re not going to vote on issues when we get them late in the afternoon.”

Ward 2 Alderwoman Regina Charlot also expressed concerns regarding getting agenda items late and not having enough time to review them before the Board meeting.

In fact, there have been several instances where Alderwoman Charlot asked the Board to table an issue so she could properly study the matter. Unfortunately on both occasions her motions were denied by the Board.

Alderwoman Charlot added, “something must be done, not everything is an emergency.”

A minor eruption occurred when Mayor Rafferty encouraged Board members to route agenda items through him.

Alderman Kimball immediately responded, “That’s not the way it works.” Ward 4 Alderman Victor Pickich wanted to make it clear that based on a legal opinion from the Mississippi Attorney Generals office, the Board controls the agenda and not the Mayor.

He commented, “We the Alderman can turn in agenda items and they have to go on exactly as we put them on.  They do not go through the Mayor. We cannot do it.”

Alderman Kimball then cited a legal opinion rendered by the Mississippi Attorney General’s office dated January 16, 2004, “Board of Alderman by majority vote have ultimate control of the agenda.”

Mayor Rafferty responded, “I have one thing to add, the part about, the reason why I suggested that these be routed through the mayor is so that we make it a more efficient process so that we don’t have instances like last time whereby Alderman Kimball and I were both working on the same thing where we had a duplication of effort.”

At least two members of the Board have expressed concerns about whether or not the Mayor broke the law when he previously and unilaterally took two items off of the agenda as well as his attempts to have all agenda items routed through him.

After the meeting, The Gazebo Gazette reached out to Mayor Rafferty for a comment regarding Board concerns over the legality of who controls the Board agenda and his previous unilateral decision to remove agenda items submitted by a Board Member.

Mayor Rafferty stated, “Regarding the addition of agenda items by the Board members, I fully support this and apologize for my past error.  I suggest to the Board members that they let me know as soon as possible about agenda items so that I can direct the department heads to research the issue and come back to the Board with a well thought out solution.  I believe this is more efficient government.”

Before the meeting ended, the Board made it clear that they didn’t have an issue with the job that Deputy City Clerk Dawn Sanders was doing with the agenda.

Board members were simply dissatisfied with getting late addendums as well as the short amount of time given to properly think about key issues presented to them on such short notice.

After a lengthy debate, the Board decided to table the issue until Sanders could codify the new agenda process and bring it back to the Board. It appeared that the consensus was that with the exception of emergencies, all agenda items had to be submitted by noon on Wednesdays.

This would give Sanders enough time to send out the agenda on Thursday instead of Friday.

The matter will be further addressed at the next Board meeting scheduled for Tuesday, February 15, 2022. 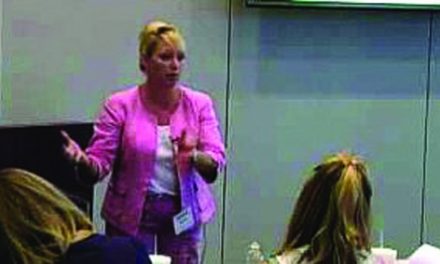 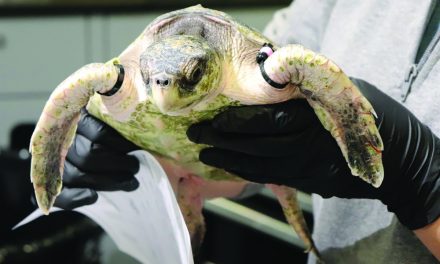