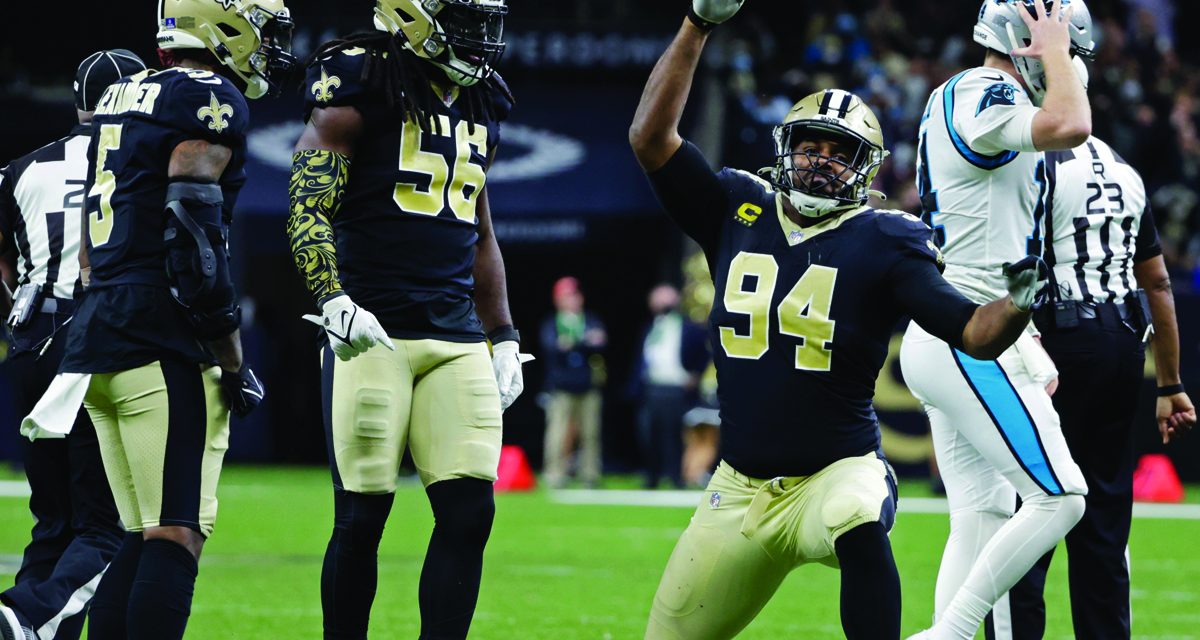 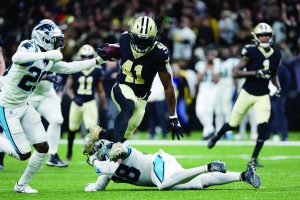 New Orleans Saints running back Alvin Kamara (41) carries for a long gain against Carolina Panthers cornerback Rashaan Melvin (29) and defensive back Myles Hartsfield (38) in the second half of an NFL football game in New Orleans, Sunday, Jan. 2, 2022. The Saints won 18-20. (AP Photo/Derick Hingle)

New Orleans (8-8) has a 50-50 chance at the NFC Playoffs, as the Saints must win their final season regular season game against the bitter rival; Atlanta Falcons (7-9), who lost their playoff hopes in a loss to Buffalo Sunday.  With a Saints victory, the Los Angeles Rams must beat the San Francisco 49ers to earn the 7th seed.

“Look, it was our last opportunity to play at home,” stated New Orleans Saints Head Football Coach Sean Payton.  “Today was a must win game.”

Starting off, both teams swapped field goals on lengthy first series possessions, ending the first quarter with a 3-3 tie.

Opening the second quarter, Carolina went on a twelve play drive that ended on a 21 yard touchdown scamper from rookie running back; Chuba Hubbard, with 13:22 left in the half.  After conversion of the extra point, the Panthers were up 10-3.

This was the last time Carolina would score in the game. 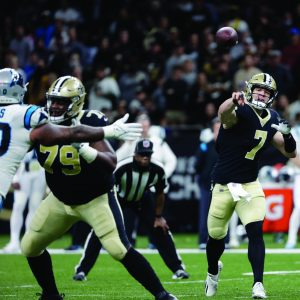 Following a quick possession by New Orleans, Saints defensive back P.J. Williams sacked Carolina Quarterback Sam Darnold and forced a fumble.  With the Saints recovery by Marcus Davenport at the 12 yard line, New Orleans went 3 and out to only manage a short field goal by kicker Brett Maher to cut the lead to 10-6 Panthers.

Back and forth for the next seven minutes before the Saints finished with a 10-play series that ended in a Maher 41 yard field goal to end the half with a 10-9 Carolina lead.

As it has since 1995, emotions came out in the second half with penalties and mishaps.  New Orleans had two lengthy drives that resulted in nothing while Carolina was stuck getting out of its own territory and Jordan sacked Darnold twice.

The Saints completed the quarter with a short field goal from Maher, which gave them the first lead of the day, 12-10.  New Orleans would never lose the lead for the rest of the game.

Starting the final quarter, Carolina drove down past midfield for the last time in the game in ten plays.  Failing to get the first down, Panthers placekicker Liam Hajrullahu missed a 47 yard field goal to take the lead back.

After seven plays, New Orleans Saints Quarterback Taysom Hill found 5-time Pro Bowl Running Back Alvin Kamara for a 12-yard touchdown with just under 8 minutes and an 18-10 lead that would be the final score.

Four more sacks and an interception from New Orleans and the game was sealed and revenged from the second week 26-7 loss by the Panthers.

The Saints must-win game against the Falcons will be on Sunday, December 9 at 3:35pm in the Mercedez-Benz Stadium, Atlanta, Georgia. 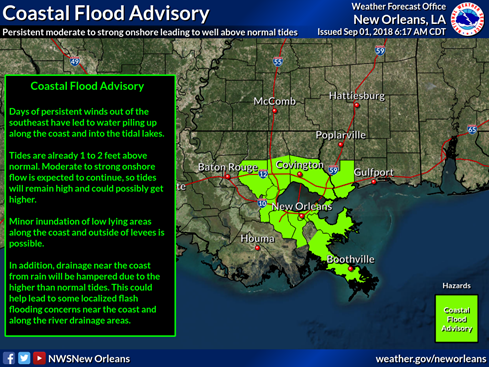 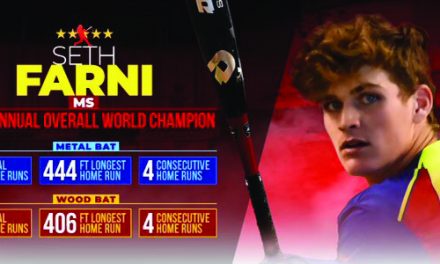 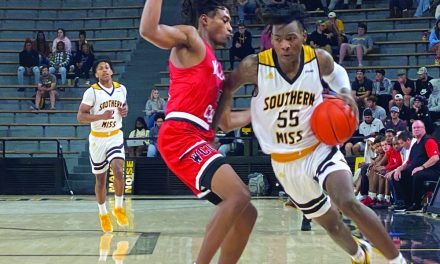