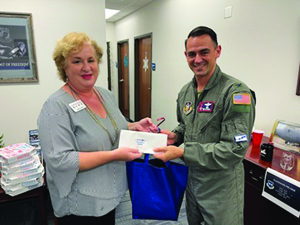 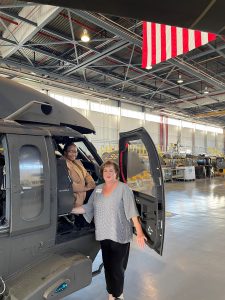 The Mississippi Gulf Coast Chamber of Commerce’s Military One Coast has distributed 600 gift cards to local active duty military personnel on the Coast to show appreciation and the salute the military for their work and commitment.

For 40 years, the Salute to the Military event was held to honor all active duty military members and retirees for their service.

For safety reasons due to COVID-19, the annual Salute to the Military, scheduled for October 12, 2021 was cancelled this year.

Due to cancellation, Pizza with a Purpose was created to pay tribute to the men and women in uniform.

It is of the utmost importance that the Chamber continues to honor and celebrate the military along the Mississippi Gulf Coast.

A total of $9,000 in sponsorship dollars was raised to support this effort, resulting in a total of 600 gift cards.

The success of this initiative would not be possible without the support from sponsors including Mississippi Power, Hancock Whitney, Boomtown Casino Biloxi, The Peoples Bank, Nextaff Gulf Coast, i9 Sports – Gulfport, American Medical Response, and Northrop Grumman Electronic Systems.

“It has been a pleasure to present these gift cards to military personnel on the Coast.  These men and women deserve our gratitude for their service and commitment to our community and our country”, said MS Gulf Coast Chamber of Commerce Chief Executive Officer, Adele Lyons.

The Mississippi Gulf Coast Chamber plans to host our annual Salute to the Military in October 2022. 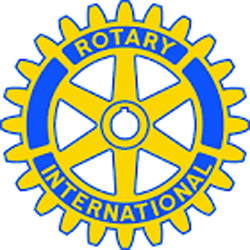