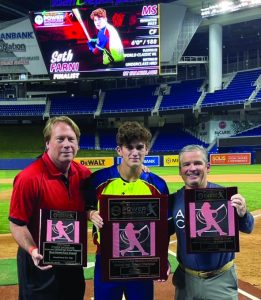 Saint Stanislaus junior Seth Farni had a lot to be thankful for over the Thanksgiving break as he traveled to Miami to take part in the 14th annual International Power Showcase amateur homerun derby held at Marlins Stadium on November 20 and left as the event’s overall champion.
Major League All-Stars such as Kris Bryant and Bryce Harper have participated in the showcase.
Farni joined top amateur power hitting prospects from 27 countries around the world and throughout the United States to display their skill in a Major League stadium in front of the sport’s best scouts.
The showcase featured age divisions from 12U to Featured Division (2022 seniors).
Farni was in the Underclass Division (2023 seniors).
Farni commented, “The showcase was an amazing event. Not many people are presented the opportunity to participate so I am extremely thankful that I was given the chance.”
There were 60 invited players in each age division and only three advanced to the finals. The first five outs featured the batters using a wood bat and the last 15 outs were with a metal bat.
Farni’s final total with a metal bat was 37 total homeruns with four consecutive homeruns and a longest homerun of 444 feet.
His wood bat final total was 7 total homeruns with four consecutive homeruns and a longest homerun of 406 feet.
Farni claimed five titles in the showcase including most wood bat homeruns, longest wood bat homerun, Underclass Division title, Most Homeruns total, and Overall Showcase Champion. He also set a record for homeruns in a round with 27 breaking the old record of 25.
Saint Stanislaus head baseball coach Brad Corley stated, “Having a player of his caliber in our program makes everyone around him better. His work ethic and approach to the game goes beyond his years and has had a profound impact on the entire baseball program. We are so excited to have him as a member of our squad and look forward to witnessing the development of the team over the course of the season.”
Farni, a 6-foot 188-lbs Ole Miss commit, plays both outfield and pitches. He batted .350 last spring with eight homeruns. 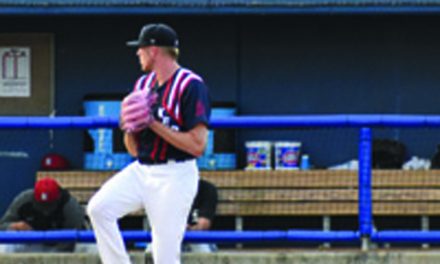 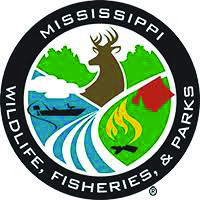