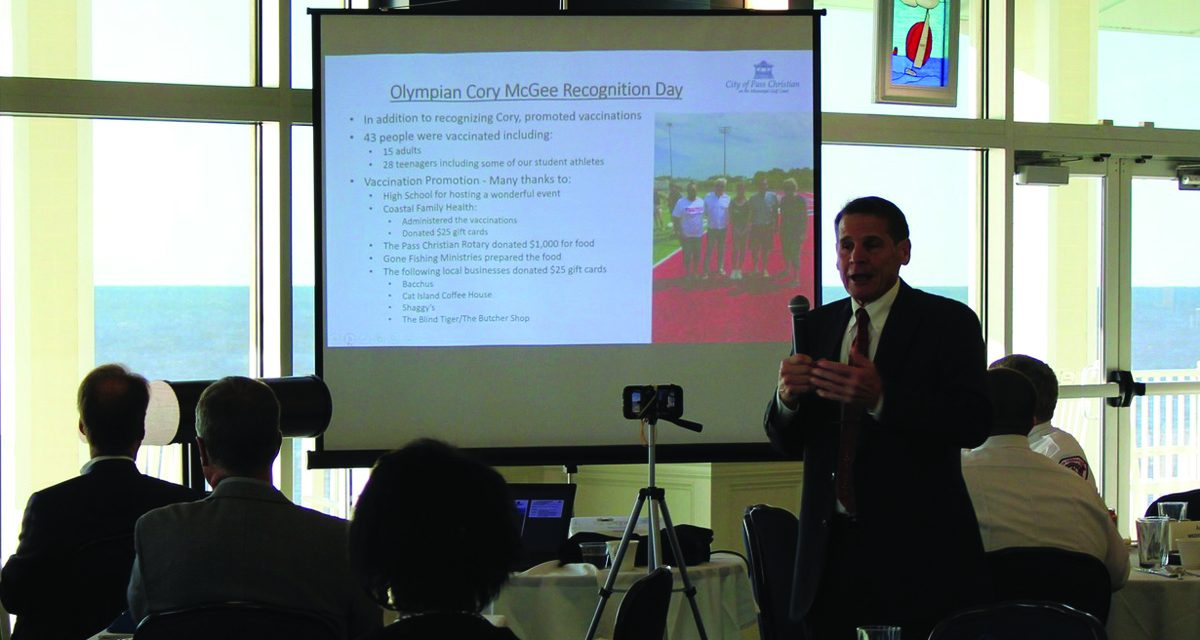 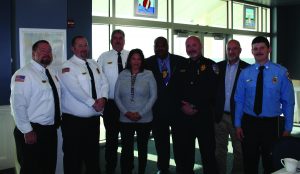 After a little under five months in office, Pass Christian Mayor Jimmy Rafferty offered his first State of the City Address on November 19, 2021, at the Pass Christian Yacht Club. The event was sponsored by the Coast Chamber of Commerce, The Gazebo Gazette and a group of other local businesses.

The Mayor began his list of important partnerships by mentioning the key role that City employees will play in getting things done. He went one by one introducing the leaders of each department and the important role they play in serving the citizens of Pass Christian.

Rafferty shared a series of PowerPoint slides that showcased the positive contributions of each of the five board of alderman.

Additionally, Rafferty recognized his support and positive working relationships with other coastal mayors and the coastal state legislators. He stressed the need to foster a One Coast Partnership with Coastal leaders.

A number of accomplishments were highlighted; such as approving a new budget that increased by almost a million dollars and the approval of a 5.7% increase in salaries for City employees and the addition of four new positions, approval of the controversial West Pass Station Tax Incentive Financing District; implementation of a new employee Performance Management System with a possible pay element that still needs Board approval, and a new Golf Cart Policy.

So what are the mayor’s priorities for fiscal year 2022? He wants to establish a more effective working relationship with the Board of Alderman; improve the efficiency of City operations; improve customer service; work towards more “measured“  commercial development (West Pass Station,Downtown and in the East between Gulf Palms and Penthouse) and the full implementation of a Performance Management System for City Employees.

Also noted as “Aspirations” was the development of a Flood Mitigation Strategy, construction of additional phases of sidewalks on North Street by Pass Christian High School, enforcing a litter free City, adding recreational facilities, offering more events at the harbor, making the City “more inclusive,” and building a concrete boardwalk along the beach from the Bay Bridge to Long Beach.

Although not specifically mentioned as issues for 2022 , the Mayor and Board of Alderman will also have to tackle the need for street and infrastructure repairs and upgrades, sidewalk repair and construction on Scenic Drive and other areas throughout the City, citizen demand for teen and senior citizen recreation programs and services, resolving issues at the firing range as well as the challenge of meeting increases in current and projected new spending without raising taxes.

Citizens interested in watching the entire address can visit the City of Pass Christian’s Facebook page. Also stay tuned into The Gazebo Gazette for updates on issues, projects and City goals for the upcoming year. 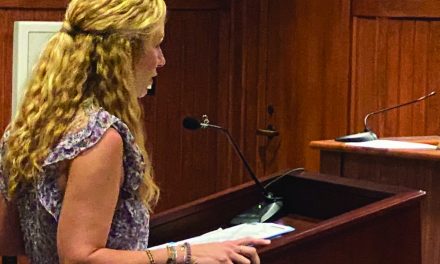