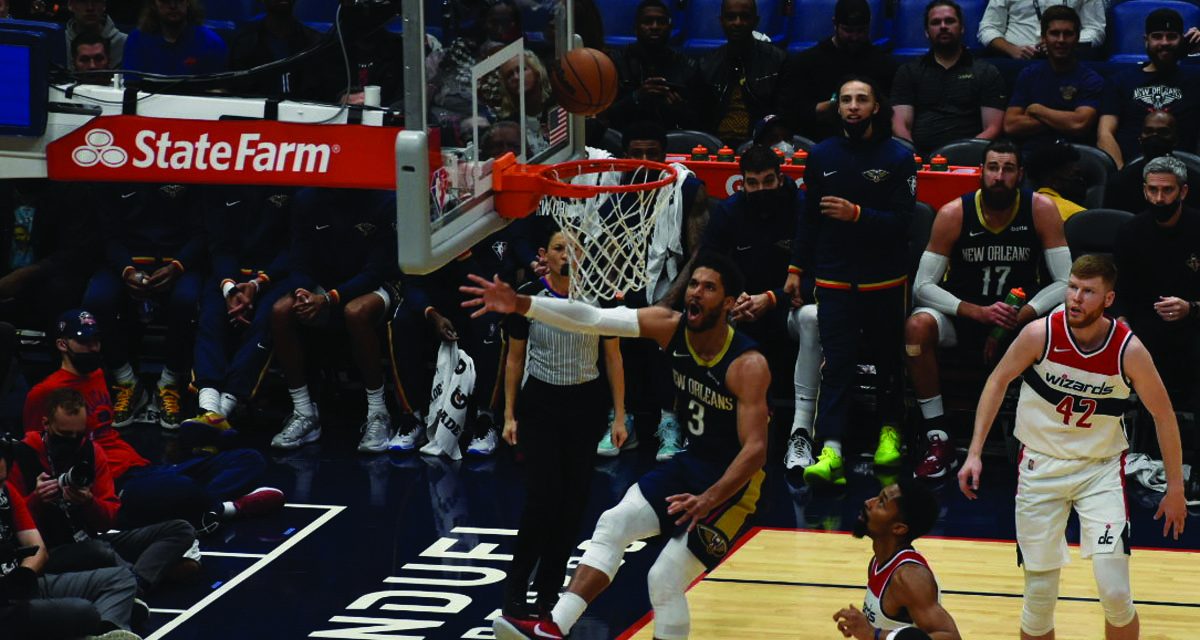 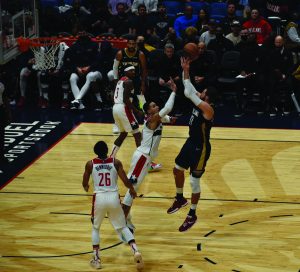 With the Keesler Air Force Base guard singing the National Anthem, six players in double digits, and scoring a team record 72 points in the first half for the season, the New Orleans Pelicans professional basketball team was victorious over the Washington Wizards 127-102 Wednesday night at the Smoothie King Center in New Orleans.

“We have to get stops, and I thought tonight that was the biggest key for us,” said New Orleans Pelicans Head Basketball Coach Willie Green. ” Our defense triggered the offense. Anytime we can  get stops, force those guys to take tough shots and we rebound the ball, we are at our best.”

The New Orleans Pelicans (4-16) snapped a two game losing streak and were led by All-Star and the National Basketball Association (NBA) Most Improved Player last year; Brandon Ingram, who posted a game-high 26 points, converting (.600) from the floor and 7-of-8 (.875) from the charity stripe. He added five boards, three assists and a steal. 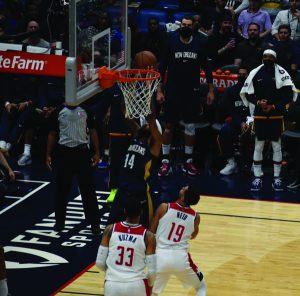 Valančiūnas began the game by knocking down a three point basket and the Pelicans went on a 19-5 run in the first four minutes of the game.  The Washington Wizards closed the gap a little with New Orleans leading 36-27 at the end of the period.

Before the half, Wizards Guard Bradley Beal knocked down a four point-play with 3:16 left to cut the lead by twenty for New Orleans.

Ingram was fouled a few times and the Pelicans defense played aggressive, which helped solidify the halftime lead for New Orleans 72-50.

The Wizards inched closer to New Orleans with a 21-15 run at 2 minutes during the period left, but the Pelicans Guard Josh Hart made a three-pointer at the buzzer and was fouled.  Following Hart’s free throw, the Pelicans lead was 95-73 at the end of the period. 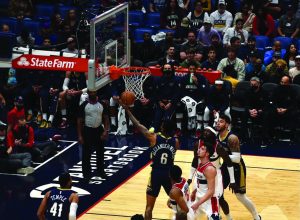 Bringing in a few bench players during the last period didn’t change the intensity of the Pelicans.  Outscoring the Wizards 32-29, the New Orleans Pelicans won their third home game and their fourth overall victory.

“We took care of the basketball and made quick decisions,” stated Green, the first year head basketball coach. “I thought Brandon (Ingram) was great. Anytime he had scoring opportunities, he took advantage of them with pace and force.”

Washington finished tonight’s game with 19 turnovers which resulted in 24 points for the Pelicans, while New Orleans only had 11 miscues that led to 15 points for the Wizards.

The Pelicans play the next three games on the road out West before returning Wednesday, December 1 to play the Dallas Mavericks at home. 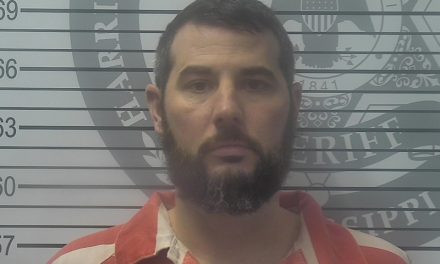 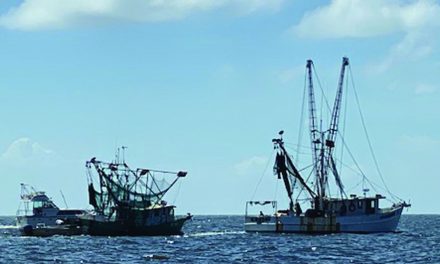