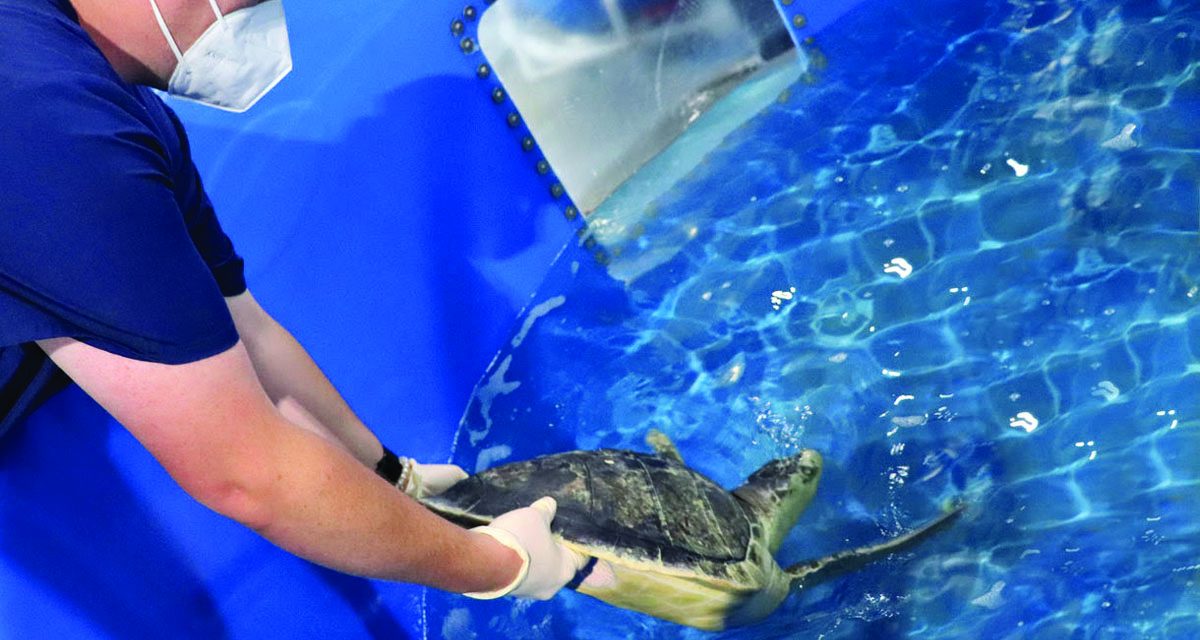 Mississippi Aquarium is treating two Kemp’s ridley sea turtles who were cold-stunned in December 2020 in the waters off of Cape Cod, Massachusetts. The veterinary and animal care staff at New England Aquarium have cared for the turtles since they were stranded.
The turtles flew by plane into Gulfport Thursday, October 14, courtesy of a volunteer from Turtles Fly Too.

One of the turtles is a male that weighs 11 kilograms. New England Aquarium vet staff performed a lung biopsy that revealed a Mycobacteria infection that requires long-term antibiotic treatment.

The other turtle, also a male, has an infection in the right shoulder caused by Enterococcus faecalis. He will require long-term antibiotics because of the bone infection and physical therapy to increase the function of his shoulder.

“NOAA called to see if we could take the turtles, as they require long-term medical care, and New England Aquarium needs to make space for the turtles they will receive in the upcoming cold-stun rehab season,” Mississippi Aquarium Vice President of Veterinary Services Alexa Delaune said. “The turtles will be with us for an undetermined amount of time. Once the turtles are deemed releasable, we will likely be able to release them down here in Mississippi as Kemp’s are native to the Gulf of Mexico.”

The turtles were flown to Gulfport by Turtles Fly Too, a non-profit organization that flies injured turtles to rehabilitation locations. Delaune and her staff released the last of the first batch of Kemp’s ridley turtles into the Mississippi Sound in July. 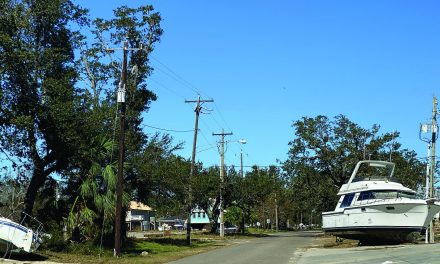 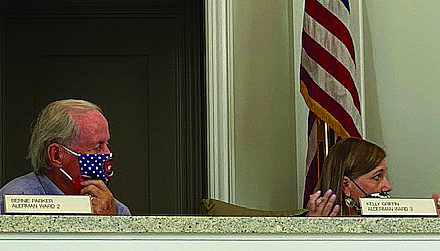 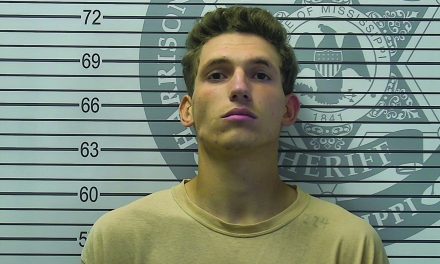