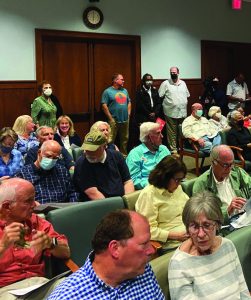 Before another packed house, the Pass Christian Board of Alderman spent a great deal of time debating on the motion to reconsider from the previous vote of the Tax Incremental Financing Plan request for the proposed $57M West Pass Station Project. Mayor Jimmy Rafferty began by reading a lengthy statement outlining the reasons he supported this project.

Several other local businesses reported that although they had been personally contacted by the mayor for their support of this petition; due to the political and controversial nature of this matter, they opted not to sign the petition.

Ward 4 Alderman Victor Pickich laid out his concerns that included the lack of citizen engagement.

He asked the mayor, “How many citizens did you talk to?”, whereby the mayor responded, “I talked to a lot of citizens.”  Alderman Pickich added, “this project hasn’t been approved by any financial institution, so there’s no guarantee that it’ll be a $54 million dollar project” and the mayor responded, “That’s correct.”

Pickich further noted that in addition to having numerous conversations with concerned citizens, he had also held at least four sessions with community residents, many of which did not support this project.

In a brief confrontation with the mayor, Pickich commented, “These numbers aren’t real”, everything is hypothetical.

Ward 2 Alderwoman Regina Charlot began by saying, “There’s a lot of confusion, there’s too much coming too fast.”

After citing a number of concerns that included flooding, meeting FEMA and MEMA requirements, Tidelands issues, too many unanswered questions as well as negative input from Pass residents, she asked, “Why can’t we slow down and start from ground zero?”

Alderwoman Charlot added, “I’m for growth and development, but this issue is dividing this City.”

She closed by asking the Board to table the issue and to “slow down.”

A number of those in attendance applauded after Charlot finished her comments.

Ward 3 Alderman Kirk Kimball offered the following opening statement, “I want to be clear, I am pro business and pro development. I (originally) voted no to slow the project down so we could get citizen input.”

Kimball added that he contacted the Police Department, Fire Department, Water Department and Public Works Department to get their input on what additional support would be needed to provide adequate service to West Pass Station.

Later Kimball went on to add, “We need to stay ahead of the game, you need growth, we’re operating on a very small budget.”

He noted his concern for the City’s ability to fiscally sustain itself under current spending plans. This year alone the City raised its annual budget by about one million dollars.

The Ward 3 Alderman made it clear that he opposes tax increases and this project may negate the need for future tax increases. Close to the end of his statement he commented, “Everyone wants growth but not in my back yard. No risk, no reward”.

Mayor Rafferty called for a roll call vote after discussion whereby the measure passed 3-2. The vote remained the same except that Kimball flipped his vote from no to yes. Torgeson and Sparkman voted yes while Pickich and Charlot voted no.

Once the vote was announced at least half of the audience stormed out of the room.

Several residents could be heard stating that they would not be doing any further business with those businesses that signed the petition.

Hopefully City leaders can bridge that gap before the divide grows bigger and becomes a permanent part of Pass Christian’s culture. 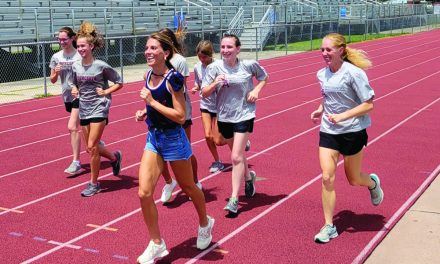