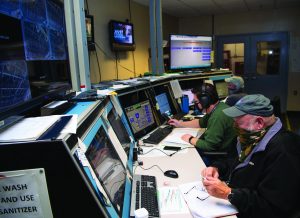 No one may have verbalized it as such, but members of the Green Run test team for NASA’s Space Launch System (SLS) core stage at Stennis Space Center on the Mississippi Gulf Coast, had to feel they had just won a game of three-dimensional chess as they watched the flight unit depart the site April 22.

For more than one year, the Green Run test team had dealt with a number of complex challenges – including an intricate test campaign, a blended team of operators, a global pandemic, and a record-breaking storm season – in order to complete a series of critical tests to demonstrate the SLS stage was ready to fly. They followed up testing by completing various refurbishment tasks and conducting the intricate process of removing the stage from the B-2 Test Stand.

Now, with the Pegasus barge slipping away from the B-2 Test Stand dock in the early morning darkness, headed for Kennedy Space Center and the upcoming launch of the maiden Artemis program mission, it would have been no surprise to hear someone declare “checkmate.”

The SLS core stage arrived at Stennis in January 2020, to undergo a series of tests to demonstrate flightworthiness and help ensure launch success before the Artemis 1 mission. The so-called Green Run series was critical for NASA’s plans to return humans, including the first woman and first person of color, to the Moon through the Artemis program and to prepare for missions to Mars. It would prove that SLS was ready to fly and lay the groundwork for launch of the maiden Artemis I mission.

For Stennis, the test campaign marked yet another chapter in the site’s noted history. Stennis tested the Saturn V stages that powered the Apollo missions to the Moon in the late 1960s and early 1970s.

Testing the SLS core stage rivaled those earlier efforts. The concluding hot fire test of the stage’s four RS-25 engines, generating a combined 1.6 million pounds of thrust, represented the most powerful test conducted at Stennis since the Apollo years.

Some test team members had been involved with testing space shuttle main engines at Stennis following the Apollo Program. However, working with the SLS core stage was an unprecedented opportunity. “It was truly a career milestone for many of us in the room,” Stennis Green Run Test Conductor Ryan McKibben said. “To have the opportunity to Green Run test NASA’s next vehicle with deep space capabilities was awesome.”

A Green Run test campaign is challenging by design. The testing provides a chance to identify – and mitigate – issues with new test articles. The core stage systems all had been tested individually. Now, it had to be shown they could operate together as needed, which meant turning on each sophisticated system, one by one.

“We had to integrate various components, including software and hardware, so that they can all work together for the first time,” explained Barry Robinson, B-2 Test Stand SLS Core Stage project manager at Stennis. “We knew they worked separately, but can they all operate together, in sequence and so forth? So, we did that. We did the checkouts electronically. … We made some modifications that would potentially have halted a test or delay the wet dress. We caught a lot of those types of issues.”

However, the testing did not proceed exactly as planned. Stennis teams had just installed the core stage on the B-2 Test Stand and completed the initial test of the Green Run series when the COVID-19 virus established a foothold in the United States.

Work was temporarily halted in mid-March. The outbreak of COVID-19 caused “55 days of test operation inactivity,” Robinson said. In those early days of the pandemic, site and test complex leaders worked to design and implement safework protocols that would allow test team members to return to on-site testing activities.

“The team had to adapt to pandemic requirements for PPE (personal protection equipment), which included face masking and social distancing,” Robinson said. “We had to bring the team back with awareness of their environment, hand sanitizing and so forth. … It was an experience that was a little different atmosphere than what we’re accustomed to.”

Among other actions, leaders installed additional air filters in highuse facilities. Facemasks were required, as was social distancing, when possible. The test team was divided into two 12-hour shifts, and procedures were established to ensure there was no contact between the shifts. “We used everything that was at our disposal, …” Robinson said. “Our personnel were well-protected. We thought out as much as we could on … (protocol) activities, considering that the test control center for us is a major activity area.”

“There was a potential of spreading or exposing these different individuals or team members, and that was the major concern,” Robinson said. “So, we did go above and beyond what was required to make sure that we had safe personnel.”

However, as the team resumed to work through the list of eight core stage tests, a second major obstacle arose from the Gulf of Mexico. A series of storm systems approached the Stennis area in 2020, forcing test crews to cease operations and prepare for adverse weather impacts several times.

“We had seven hurricanes and tropical storms that impacted us in one way or another,” Robinson said. “We had to shut down operations, secure (the site), batten down the hatches, if you will. … We know this is a critical asset, and we monitored and protected it as such.”

Despite such delays, by mid-September, the team had worked its way through the first five Green Run tests. All that remained was a simulated countdown, a wet dress rehearsal, and a concluding hot fire test of the stage just as during an actual launch.

Simulating the hot fire countdown “made sure that our team’s communication and procedures were synchronized before the vehicle is loaded with propellants since we had Boeing, Aerojet Rocketdyne, S3 (Syncom Space Services), and NASA all working together for the test,” Mckibben explained. “A lot of it was confirmation of how long processes would take to ensure a proper timeline. Additionally, we practiced some red cards, which were simulated issues that could crop up during a countdown.”

Wet dress rehearsal involved the loading of propellants. After an unsuccessful first effort, the loading procedures were tweaked and ground systems adjusted. A second rehearsal with the new adjustments succeeded in fully loading the vehicle.

By early 2021, the stage was set for the concluding hot fire. On Jan. 16, all four RS-25 engines ignited as planned to begin a scheduled 500-second test. Unfortunately, the test experienced an automatic shutdown after about a minute, triggered by test parameters that were intentionally conservative to ensure the safety of the core stage during the test.

As engineers began review of test data, the test team prepared for a possible second hot fire attempt. “We went back, looked at the data and reviewed that information and continued on with preparations for potential hot fire number 2, …” Robinson said. “We learned a few lessons … and we had to make some adjustments, which is why we do the hot fire testing, so we can make the adjustments and finalize any procedures that we may have.”

Although the first hot fire met or partially met many of the test objectives, NASA determined a second hot fire would be beneficial. For one thing, it would allow the team to obtain data on how the core stage and its engines would perform over a longer period of time, as they must do during a launch. Crews began preparing the stage for a Feb. 25 test, only to discover an issue with a liquid oxygen prevalve that was not opening correctly.

“The valve manufacturer worked along with Boeing and NASA to troubleshoot, replace the valves, and perform checkouts,” McKibben said. The repair effort set the stage for a mid-March hot fire.

The second hotfire attempt proceeded as planned, with all four engines firing for 500 seconds. Robinson and other test team members conducted and monitored the operation from the B-2 Test Stand Test Control Center, safely located a distance from the test structure.

“That hot fire was one of the most exhilarating and most exciting activities that most of personnel at Stennis have experienced, …” Robinson said. “It was phenomenal – the work that went into it, the activities that supported it, the people who supported it, the integration and collaboration of the teams. … Everyone was gung ho on making sure that we can get this accomplished and get it accomplished safely. … We knew we were making history. We knew the importance of this particular task. We knew the milestone was within reach, and all we had to do was implement and execute safely. … So, kudos to the team, kudos to everyone that supported that effort.”

For McKibben and other test team members, there still remained work to do following hot fire. This included some refurbishment tasks and also removing the core stage from the B-2 Test Stand for transport to Kennedy. “The Stennis team really felt like the job was done once the vehicle was lifted off of the test stand and placed inside the Pegasus barge for transport to Kennedy Space Center,“ McKibben explained. “We know that Stennis Space Center was just one stop on its way to a journey around the Moon.” 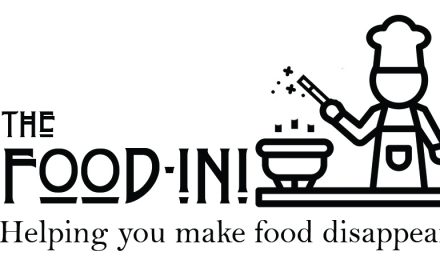 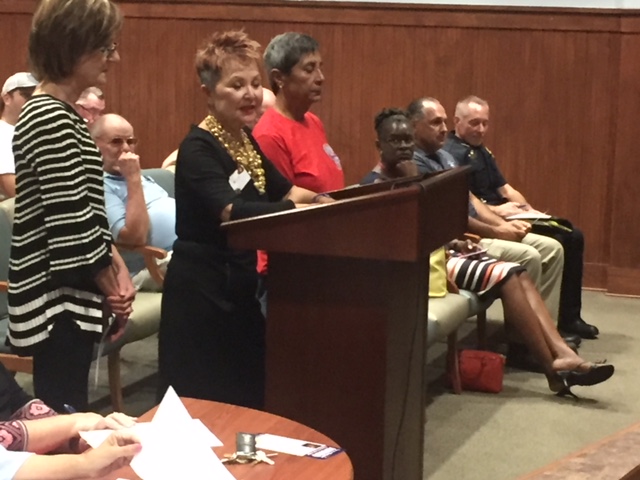