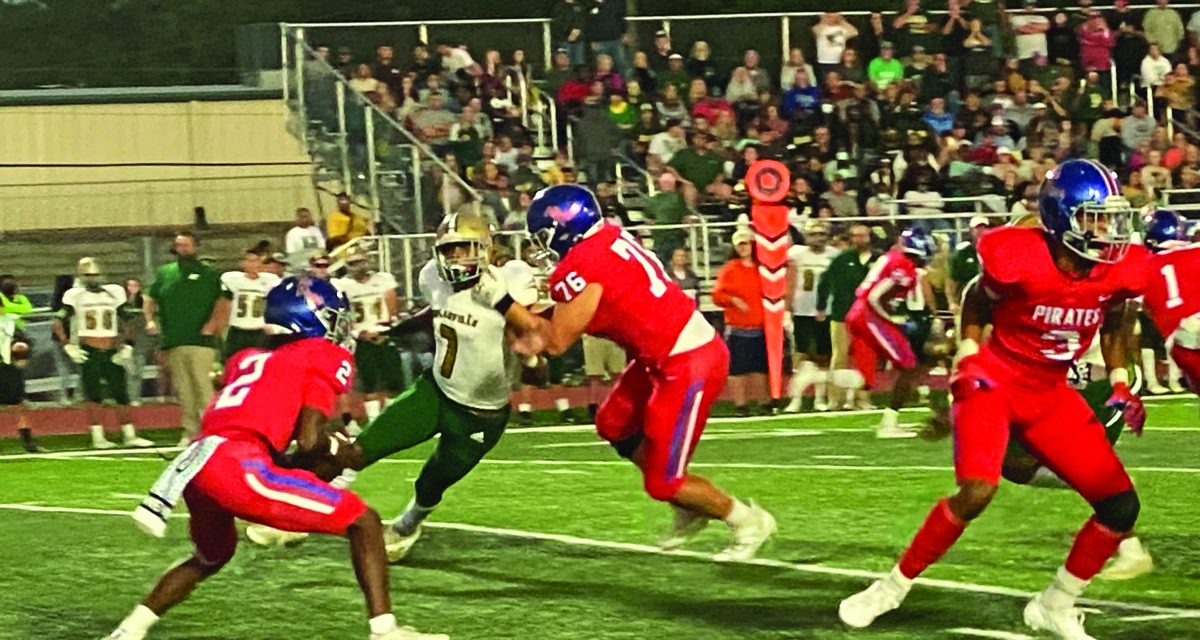 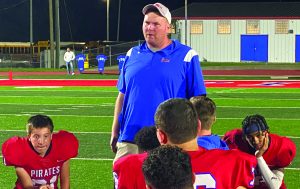 Despite an early undefeated record, the Pass Christian Pirates football team faced an uphill battle as they hosted the Poplarville Hornets for their homecoming.  The Hornets (4-1) controlled the clock for most of the game, created a few turnovers, and ran the ball through the Pirates defense, winning 28-6 at the Francis McDonald Stadium in Pass Christian.
“That was a hard fought contest,” said Poplarville Head Football Coach Jay Beech, who has been to three straight MHSAA 4A State Championships.  “Pass Christian is a really good team and gave us all we wanted, give them a lot of credit.”
As the Pirates (3-1) began with the ball, a quick three and out was returned back after the Hornets turned the ball over on downs while there was 8:11 left in the first quarter. 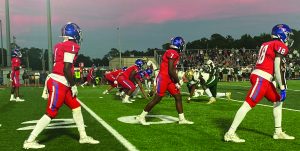 In the second series for Poplarville, the answer was found on the third play of the drive.  Hornets Running Back Maurice Travis found a crease through Pass Christian’s defense and took it down the sideline for 70 yards.
On the next play, Travis dove in from 2 yards out for the first touchdown of the game with 4:11 left in the first quarter.  Following the extra point, the Hornets took the lead at 7-0 and never lost it.
With the Pirates still searching for their break offensively, Poplarville put together a length drive, which resulted in Hornet Senior Fullback DJ Richardbey jumping through the middle of the line for a five yard touchdown run.  After the extra point, Poplarville increased their lead 14-0 with 7:45 left in the half. 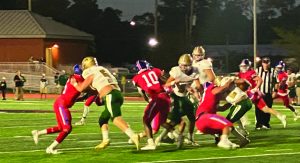 Immediately, the Pirates offense came alive after five quick plays where Quarterback Kameron White found Pass Christian Receiver Anthony James for a 15 yard touchdown pass.  The extra point failed, leaving the lead cut to 14-6 at under two minutes left in the half.
Following a quick offensive possession and a fumble recovery from the Pirates, Pass Christian tossed an interception to Poplarville Senior Linebacker Ahmad Harmon.  Even though the Hornets drove closer to the end zone, the score remained 14-6 at the half.
Coming out of the gates in the second half, it was all Poplarville.

As the Hornets got the ball back in the first possession, a decent run from Hornet Running Back Tyron Holston led to a 6 yard touchdown run from Travis with 9:48 left in the quarter.  With the extra point conversion, the lead was steady now at 21-6.
The Pirates could not find any rhythm offensively and turned the ball over on downs multiple times.
Poplarville scored one more time on a 17 yard run from Running Back Quan Huderson to finish the final score 28-6. 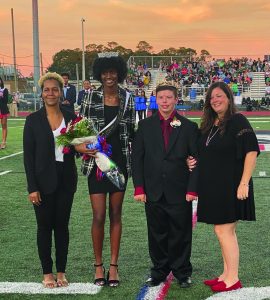 “In the first half, we went toe to toe with them,” stated Pass Christian Head Coach Chase Carmody, who’s in his second year with the Pirates.  “The next half, they just wore us down and we made too many mistakes.  They have a great program, we’re building this team and that’s what we’re trying to build our program to.”
Defensively, Pass Christian Senior Linebacker led the Pirates with 17 tackles; including 11 solo, and five tackles for loss.  The Pirates Defensive Lineman Jayden Acker had a fumble recovery.
Pass Christian had a tough offensive game, only amounting to 184 yards total offense.  White was 14-20 for 103 yards, a touchdown and one interception.  Freshman Jaquez Alexander had 54 yards on 14 carries while White finished with 27.
Historically speaking, Poplarville improved the record against the Pirates by winning their 17th out of 19 overall games.
During homecoming activities, the Pass Christian High School named the Homecoming Queen Kylah Bell and the King Weylin Necaise.
Poplarville hosts Purvis next week while Pass Christian has a bye before playing their first district game at Moss Point on Friday, October 8. 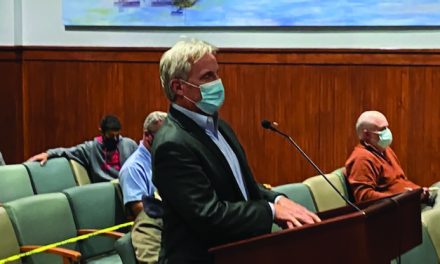 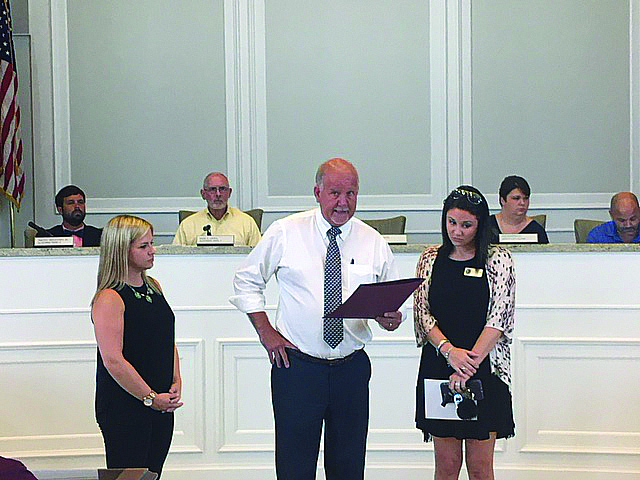 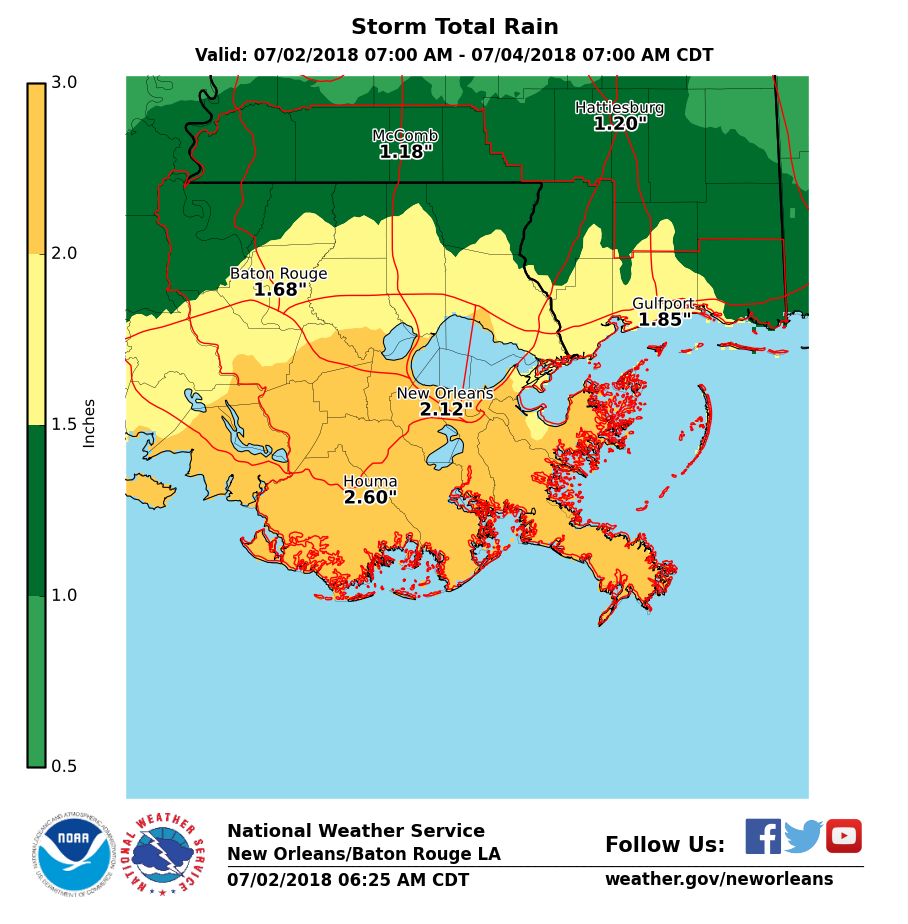