Cat Island Coffeehouse is widely considered the best coffeehouse on the entire Mississippi Gulf Coast. It isn’t uncommon for the occasional famous or pre-famous author to be spotted at Cat Island sipping away at a hot dark, silky liquid pouring over another writing project.

Cat Island has been the spot for Mississippi authors around the state to launch a new book with a reading and signing party.

In many ways, Cat Island is a local incubator for artistic expression and ideas. It is a muse. As a matter of fact, I write most of my best stuff there.

For the not so literary creative inclined, Cat Island is a haven for reading or just simply sitting and watching the world go by on Highway 90 as their eyes stretch out over the horizon of the Mississippi Gulf Coast. But for nearly everyone there, regardless of talent or interests in literature, one thing remains a constant.

Cat Island’s coffee menu starts off with simple single-origin sourced coffee or a special blend called “bookseller’s” blend. The next series of offerings on the menu are the cold brews. I used to look down on people who drink iced coffee drinks. I felt like it was some sort of abomination…then I moved to South Mississippi.

Sometimes when it feels like Mississippi is just a few feet away off the surface of the Sun and the Devil’s breath wind is blowing off the hot tub known as the Gulf, you just need something cold to save your soul from disintegrating into dust.

It truly is hard to pick just one cold drink on their menu. The Cat Island Cold Brew is basically just coffee poured over ice with a mix of milk and brown sugar simple syrup. Hard to beat.

I see a lot of ladies getting the Southern Belle, which is coffee, almond simple syrup, and half and half with amaretto whiskey sauce poured over ice.

Breakfast and lunch offerings are simple. For breakfast, these made-to-order sandwiches are filling and more delicious than they have a right to be.

The butter croissant with ham, egg, and cheddar is perfect for me. Honestly, outside of a French bakery, I have never consistently had a more perfect croissant in my life. And folks…I have lived in France. In my opinion, though, the Italian Ciabatta with turkey, egg, and provolone is a bit denser and more filling.

There are five different “Club” options. The Country Club, the Book Club, Clubhouse, Rotary Club, and Booster Club. They are all great. I have had all of them over the years I have been eating here, but my favorite is the rotary club. It is a beef brisket adorned with lettuce, tomato, provolone on a brioche bun with barbecue sauce. It is probably also the messiest of all the sandwiches too.

Don’t just follow my lead. Try them all. Bring a friend and go halves on a couple of sandwiches.

Be sure to tell the owners that Brian Lamar sent ya. My name probably won’t invoke a secret discount. They might actually charge you more. 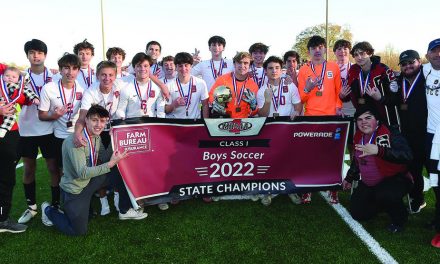 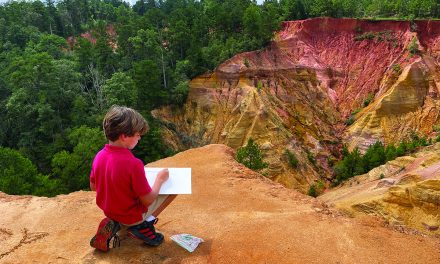