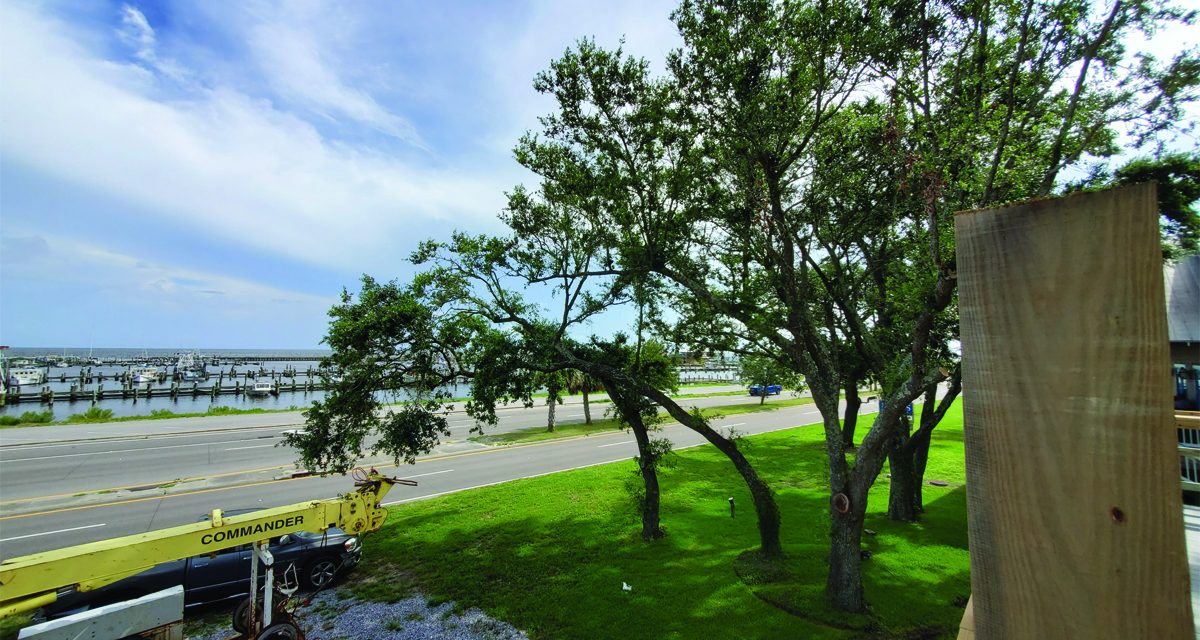 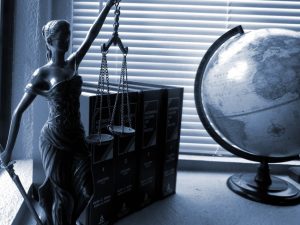 What began as a simple follow up on a Facebook post in one of the various Pass Christian Group pages, has devolved into an interesting series of twists and turns whereby the City of Pass Christian ended up admitting to violating the Mississippi Open Meetings Act.

In late July a Facebook user posted that Pass Christian Mayor Jimmy Rafferty had unilaterally and illegally decided to cut and remove live oak trees on the south side of the Bacchus Restaurant.

In an effort to provide clarity to this issue The Gazebo Gazette contacted Mayor Rafferty for a response.

Mayor Rafferty stated that he had visited Bacchus as a customer to see if Bacchus was a viable site for his daughter’s wedding reception.

Then, the mayor appeared to switch hats from being a customer to being the mayor and decided that in the name of “economic development,” the oak trees should be cut down.

According to email traffic provided by the City through a Freedom of Information Request made by The Gazebo Gazette, Mayor Rafferty contacted the City Planner; Bill Spivey, who directly handles the Tree Board, to discuss the removal of the two oak trees in front of Bacchus.

Spivey’s email response stated, “I put a lot of thought into your request concerning the two trees on the harbor side of Bacchus on the Beach and I cannot support it.”

Spivey’s email went on, “Additionally I have been working with the Tree Board since December 2020; I know that the Tree Board will not support the removal of the two trees. I know that my decision is disappointing to you, but those trees are not going to make or break that restaurant. It’s the food, service and price that makes or breaks a restaurant.”

Spivey even recommended that the mayor consider “some well-thought out pruning to lift the branches and open up the canopy.”

The city planner included an article from a local news paper that outlined the backlash that Ocean Springs had suffered for removing a century’s old live oak tree.

In fact the article referred to it as a “tragedy.”

In spite of the advice offered by Spivey, the mayor asked to schedule Pass Christian Tree Board meeting.

The mayor stated in his email to Spivey, “I suggest we arrange a time to discuss. I am new to this and would like to meet the members of the Tree Board.”

Rafferty added in the same email, “In order to be very transparent, the (owner of Bacchus) was a contributor to my campaign. However, it was not him who brought this to my attention.  It was me who made the observation and I believe that a bar/restaurant overlooking a harbor should have an unobstructed view of the harbor and not one whose view is substantially blocked and will undoubtedly negatively impact business.”

Spivey scheduled a meeting of the Tree Board for Monday, August 2nd at 10 am. Although an official vote of the matter wasn’t provided, email from the mayor confirmed that the tree removal request was approved by the Tree Board.

Here’s where things went awry; according to City Attorney Malcom Jones, required public notification at City Hall was not done as required by the Mississippi Open Meetings Act.

Jones’s email noted, “the public notice for the special meeting of the Tree Board should have been posted at least one hour prior to the meeting as required by law.”

Additionally the City admitted that the actual application was not received until at least August 4, 2021, two days after the Tree Board met at Bacchus to address the yet to be submitted tree removal application.

Furthermore Jones opined, “Based upon your questions and my review of the Open Meetings Law it is my opinion that this is not compliant with the Open Meetings Law, even though the Commissioners may find it more convenient and/or efficient, to dispense with meetings if they were going to approve an application.”

Jones made it clear that the City would take all actions necessary to meet all Open Meetings Act requirements in compliance with the state.

As of August 18, 2021, the tree application has been rescinded and the original Facebook post has been either removed or deleted. What’s next?

The Mississippi Ethics Commission will have decide what if anything will be done regarding the Open Meetings violation.

Usually the first offense penalty is $500 and all subsequent penalties is $1,000.

The Open Meetings Act is designed to maintain openness and transparency between government entities and the public.

Under state law, a public notice must post special meetings on web site and email or fax notice not less than 1 hour before the meeting to anyone who requests it (in addition to posting paper notice).  This does not apply to municipalities with less than 25,000.

Minutes must be kept for all meetings, whether in open or executive session and should be “recorded” within 30 days after meeting.  These must be available for public inspection, even in draft form before they are approved.

In the content of these minutes, all votes should be recorded.  A copy of the minutes should be placed in the notice of a called special meeting.  These are the rules required by the Mississippi Ethics Commission.

After Mayor Rafferty had been given a chance by The Gazebo Gazette to comment and after the article had been submitted for publication and before the article had been made public, the Mayor stated that “he was invited to the Tree Board meeting without knowledge of a violation of the Open Meetings Act without appropriate notice and looks forward to providing transparency for the city in all aspects.”

Readers, residents and voters will have to decide whether this is simply an error by a new mayor or if the mayor overstepped his bounds?