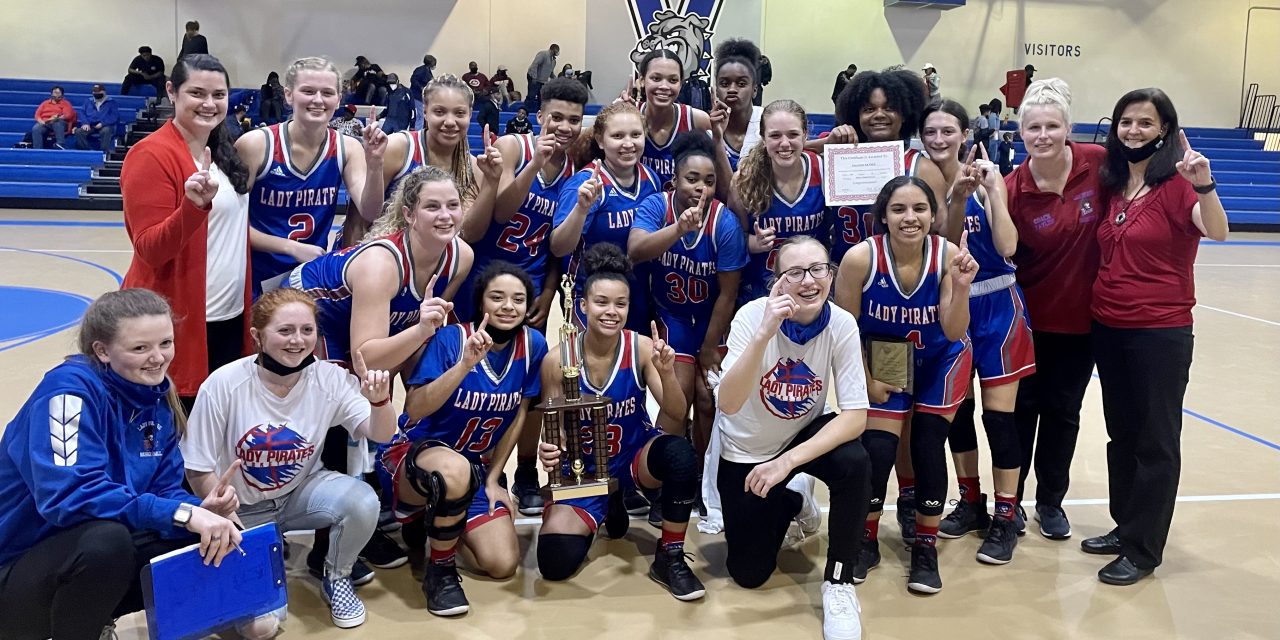 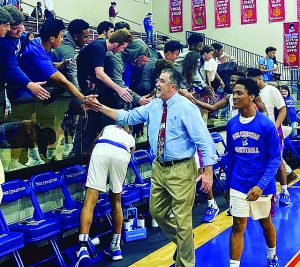 Between 37 years and 13 district championships of coaching experience; the Pass Christian Pirates Basketball teams dominated the court again, earning Mississippi High School Activities Association (MHSAA) District 8-4A titles despite the global pandemic (COVID-19).  The Pass Girls won 33-23 over district rival Moss Point on a big defensive stand while the Boys took control in the second half and earned a 56-35 victory over the Tigers.

Coming out on the road in Vancleave for the 8-4A District Championship against Moss Point Thursday night; February 11th, the Pass Christian Lady Pirates (13-10) took an early lead behind Guard Kylah Bell’s three 3-point baskets and posted a 16-7 halftime lead.

“The girls played as a unit, with confidence and trust in the game plan and most of all each other,” said Pass Christian Head Girls Basketball Coach Greta Ainsworth who won her fourth district championship in 12 years as coach.  “Our defense was intense and very affective for 4 quarters.” 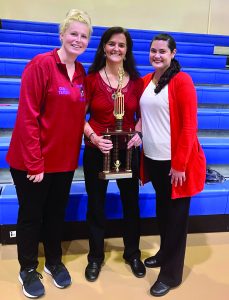 The defense shut down the Lady Tigers in the second half, only allowing 16 points and connecting on 7/9 from the charity stripe (free throws).

Bell lead the floor with 17 points for Pass Christian, 3 rebounds and 4 steals.

The Lady Pirates will host the Northeast Jones Lady Tigers in the first round of the MHSAA 4A playoffs at home beginning Monday, February 15th .

Unlike the Girls game, Friday night started off slow for the Pass High (16-7) boys, falling behind at the end of the first period 11-10 with a Moss Point lead.

The Pirates Freshman phenom Terry Patton connected on a four-point play and Pass Christian Shooting Guard Carter Bond knocked down another three-point basket to build a 25-18 lead and never look back. 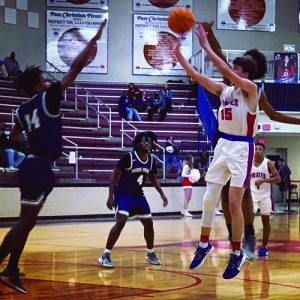 “These guys have had a great journey this season and I’m very proud of how far they’ve come this season,” said veteran Pass Christian Boys Head Basketball Coach Wayne “Buddy” Kennedy, who earned his 9th district title in 25 years as the Pirates coach.  “I thought that were great defensively.”

Indeed the Pirates were, as they outscored Moss Point 12-2 during the third period with Patton grabbing a few of his team high eight steals and Bond contributing 3 blocks.

The damage was done as the Pirates converted 15 of 17 from the free throw line in the final period and secured a 56-35 win.

The Pirates host the Mendenhall Tigers at 7pm on Tuesday, February 16.

Annie Oakley and Frank Butler and the Winter of 1884-85 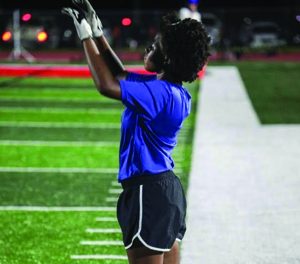 It’s All in the Family at PCSD 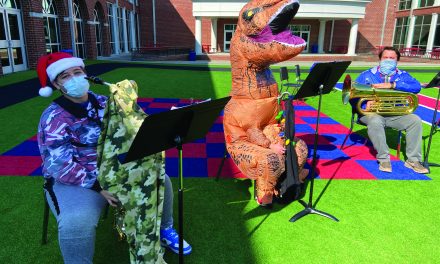