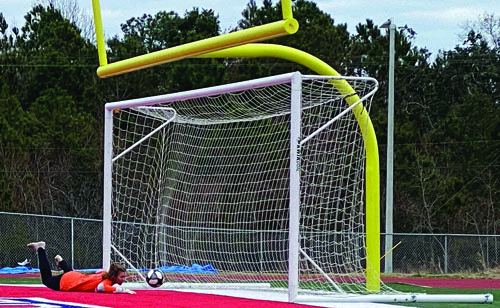 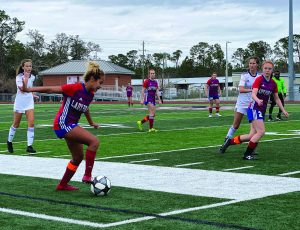 Lady Pirates Midfielder Gabby Venable hit a slow roller in the right corner of the goal past Sumrall’s goalkeeper at the stoppage time to help the Pass Christian Girls (13-3-1) soccer team advance to their third South State Championship. 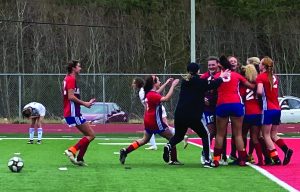 As Griffith said the Lady Pirates were very aggressive taking close to 25 shots on goal during the game, but Pass Christian trailed most of the early regulation time because of a first half goal by the Lady Bobcats with 7:30 left until halftime.

Pass Christian Midfielder and Senior Captain Aubrey Baughman found an opening with 10 minutes left in the game and kicked the game to overtime.

In the first regulatory overtimes, neither team scored even though the Lady Pirates had a number of shots on goal.  Defensively, Goalkeeper Kiera Schwartz and the Pass Christian Girls Defense have only allowed 3 goals in 2021 in nine games, going 9-1 during that stretch. 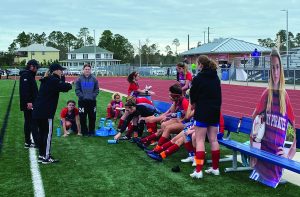 Pass Christian Girls Soccer Coach Devin Griffith speaks to the team at the end of regulation in the second round of the Mississippi High School Activities Association (MHSAA) playoffs. The large cardboard poster is of Senior teammate Abby Bosarge, who has been diagnosed with leukemia and is currently with going treatment in Houston, Texas. Pass Christian won this game 2-1 in three overtimes and advanced to the south state championship on Saturday, Jan. 30, 2021. (Hunter Dawkins/The Gazebo Gazette via AP)

Historically, Lady Eagles have gone to four straight state finals; including a state championship victory in 2017.

Pass Christian Lady Pirates play Tuesday night at 6pm in Florence for their first south state championship and berth in the MHSAA 4A Finals. 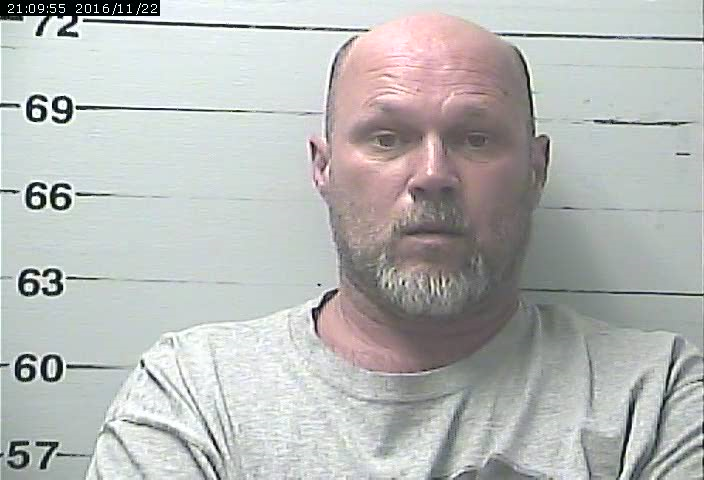 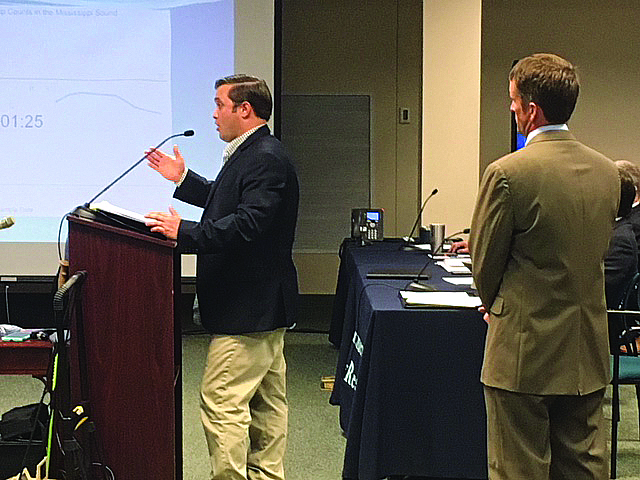