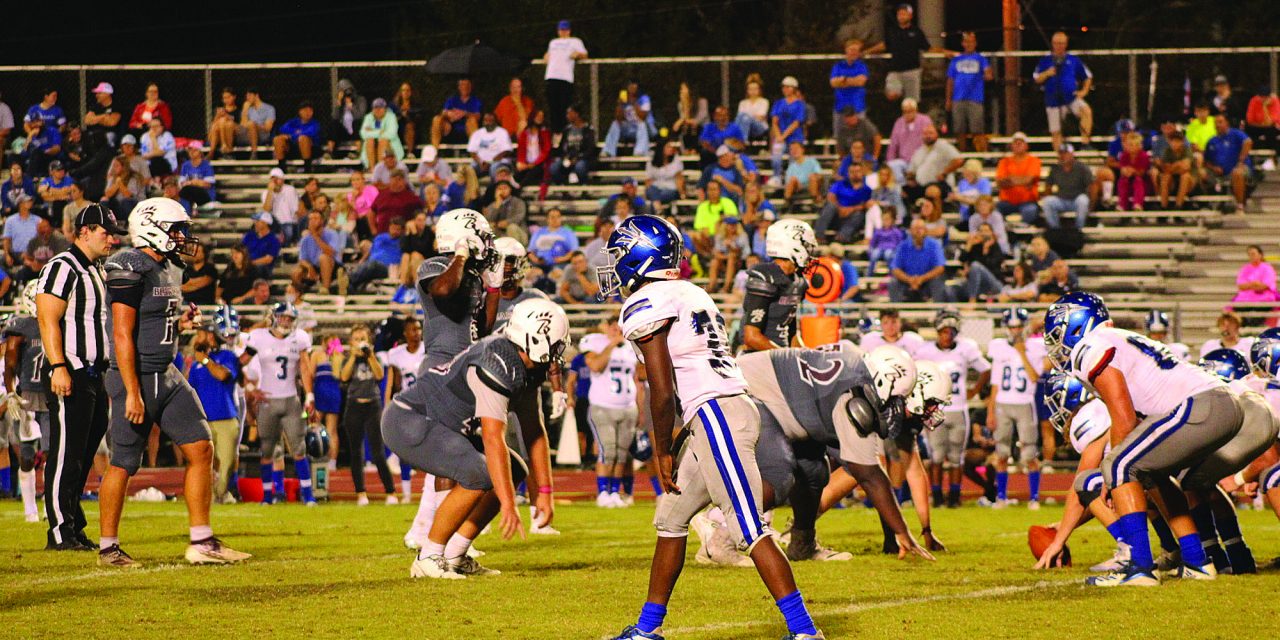 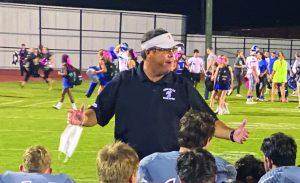 Coming off two weeks of not practicing or preparation, the Long Beach Bearcats (1-5, 0-3) faced a tough contest in their opening district game against the Pearl River Central (PRC) Blue Devils (3-2, 1-2) last Thursday night.  Even with a quick score on the first possession of the game, the Bearcats committed four turnovers; including two interceptions returned for touchdowns, and suffered a 28-7 loss to PRC as the game was moved up in preparation for Hurricane Delta.

The Bearcats were playing their first district game at home after following the Center for Disease Control (CDC) and Mississippi High School Activities Association (MHSAA) guidelines and sitting out for fourteen days with team members who reportedly tested positive for contact with the global pandemic COVID-19 (coronavirus).  COVID-19 positive contacts have caused cancellation and forfeiture for multiple teams and Long Beach was no different, being forced to relinquish their first two district matchups against Gautier and East Central. 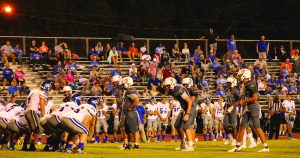 Long Beach Bearcats Give Up Four Turnovers to Pearl River Central Leading to a 28-7 defeat in the Region 4-5A football game Thursday, Oct. 8 at Lumpkin-Magee Stadium. (Photo by Natalie McManus/The Gazebo Gazette)

“It’s honest; Hunter, one of those games that we hurt ourselves as much as they hurt us,” said Long Beach Head Football Coach Ryan Ross to The Gazebo Gazette.  “We gave up four turnovers along with three that resulted in touchdowns and if you do that at any level, you’re not going to be successful.”

Returning to the field after a close loss to the St. Stanislaus Rockachaws two weeks ago (14-6) and revenge from a winnable defeat against PRC in 2019 (28-14), the Bearcats won the coin-toss and accepted the chance to receive. 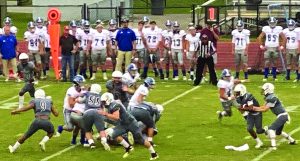 Beginning the drive with a new spread format, Long Beach drove down the field 60 yards in seven plays and scored their first and only touchdown as the Bearcats Quarterback Joseph Kozlowski dove in on a sneak from the one yard line.  The series was highlighted by two receptions from D’lijah Robinson and big 30-yard run by Ahjiren Brooks.

With the extra point converted by Triston Cox at 8:56 left in the first quarter, Long Beach took an early lead 7-0.

The Blue Devils went on a quick three-and-out series returning the ball back to the Bearcats who fumbled on their second play from scrimmage giving PRC good field position inside the red zone (20-yard line).  It took PRC two plays to capitalize off the turnover and after the extra point with 4:23 left in the quarter, a tie score was posted on the scoreboard 7-7. 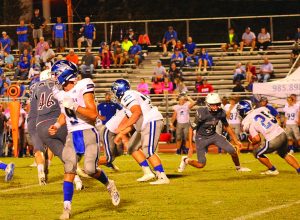 Neither team could find any rhythm offensively with the score remaining tied at the end of the quarter.  PRC pinned down the Bearcats at their own one yard line and took home an interception for a touchdown on the second play of the series.  The Blue Devils decided to go for a two point play, which was converted at the start of the second quarter.  Due to the play cock having problems, no accurate timing, but the score was 15-7 PRC.

Long Beach moved the ball on the next possession, as Kozlowski connected with Robinson three times for 42 yards; including a 35 yard strike.  Once they passed midfield, the Bearcats could not move much further and turned the ball over on downs.

First play from scrimmage of the series, the Blue Devils running back Destin Coleman cut the outside corner and went for a 75-yard touchdown run.  Following the extra point, PRC led 22-7.

As the Bearcats had no momentum, two more turnovers; including a 60-yard interception for a touchdown by PRC, and the Blue Devils went to halftime with a 28-7 lead.

Defensively, the Bearcats held their own in the second half, as Robinson intercepted a pass from PRC in the third quarter along with two turnovers on down forced by Long Beach led by linebacker Marcus Duncan, who finished with multiple tackles for loss.

“We went from a two back offense trying to control the ball and couldn’t keep enough people healthy in the backfield,” expressed Ross about changing offenses.  “We have a a need for more wide receivers now and we’re still learning.”

The Bearcats are scheduled to play on the road Friday at Picayune High School in their next district game. 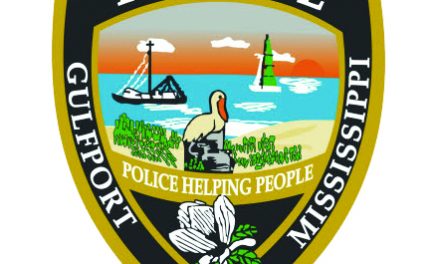