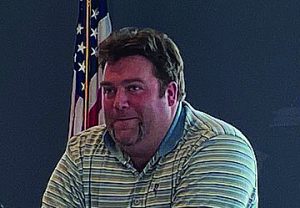 For the third year in a row, Hunter Dawkins and his local newspaper, this paper, the Gazebo Gazette, has won at least one award from the Mississippi Press Association (MPA).  To date they have won five plaques (which indicate first place amongst all weekly newspapers) from the MPA in the weekly newspaper division. This division is one of the strongest ones because most publications in the state come from those found in the Gazebo Gazette’s weekly newspaper division. They have also earned eight certificates from finishing second or third place in this very competitive category of the MPA awards program.

Dawkins bought The Gazebo Gazette in April 2017, but finalized the deal on June 30, 2017.  His first edition was released on June 30, 2017 as a tabloid based newspaper, which is a smaller version of the current full size newspaper. He commented that he bought the paper so he “could give back to the community that he was raised in”.

In a recent interview, Hunter shared some of his thoughts about his passion for the paper, his love of community and why he fights to keep the paper going.

Gazebo Gazette: What does it mean to you personally to win these awards?

Hunter Dawkins:  Calvin…I am a product of my community.  Due to being raised by two excellent parents who raised me with an idea of service and community, I have felt a devotion to the Pass Christian, Long Beach, Pineville, West Gulfport community for most of my life.  I pray that one day, my boy Colby sees my work and is proud of the name that I have left him.

GG: What does it mean to you professionally?

HD:  Professionally, it is an indicator of an accomplishment that I set out around four years ago (even though I am not finished).  Due to my scattered contacts across the state, I feel good from where the paper started and has arisen to and I am hoping this puts us on a separate and higher level.

HD:  I truly think one of my Main Street friends said it best, “Hunter has a love for this community.”  As I have seen, my attempt to plant the “Field of Dreams” appears to be headed in the right direction.  “When you build it, they will come.”

HD: Well Calvin right now, it’s hard to have a long term vision for the newspaper because of the pandemic.  My goal right now is to wake up healthy, go on with my daily tasks, meetings, appointments, proofs, etc.  Maybe in around 6 months, I can answer this question better for you. However I can say that I’m looking forward to being a member of the Associated Press and the National Newspapers Association this year, where we should get broader coverage.

GG:  In your view, why do you think the  Gazebo Gazette is so important to the local community and why?

HD:  One of the statistics I try to live by is that a community with an articulate, energetic, and challenging publication helps the community make quality decisions.   Now, this is not media bias, it is an accurate figure that has been documented in every national publication or broadcast.  One of my good friends, Sally Ann Roberts said it best at a recent NAACP meeting, “Our community needs to trust our local journalists.”

GG:  What one thing would you like the community to know about you and/or the Gazebo Gazette?

HD: The Gazebo Gazette has three of the top school districts in the state of Mississippi and one of the top artistic communities in the state.  The newspaper provides coverage of these at no cost. It also provides the state’s top advertising capability along with thorough news reporting and analysis for only .75 cents a copy or $40 for a local annual subscription.

GG:  What can the community do to support the GG to ensure that the paper survives the ongoing challenges facing print media?

HD: In addition to subscribing to the paper, I truly feel like having a community advisory board is something to get in to that will help develop stories along with feedback from the community. As we move back to some sort of “normalcy”, we’ll recruit a diverse group of local citizens to help us make the GG the very best it can be.

After MPA announced the award winners, prominent members of our community commented on just what the Gazebo Gazette means to them personally as well as our local community.

Pass Christian Mayor Chipper McDermott, “We are very lucky to have Hunter and his Gazebo Gazette paper in our town. He and his paper have been a guiding light for our citizens in the many challenges our city has faced through the years.”

Local Business Owner, Mary-Catherine Scriber, The Whiskey Bar, “As a local business owner here in the Pass, I greatly appreciate Hunter’s partnership, creativity and dedication in getting my messaging out to readers and citizens.  As a friend, I’m grateful for his journalistic integrity and dedication to service in our local community.”

Deborah Dawkins, Senator and Mother of Hunter Dawkins, “I am so proud of Hunter. Especially with what’s happened to him after the accident that almost ended his life. I always thought he’d be able to overcome”.

John Branston, former journalist with the Memphis Flyer and Memphis: The City Magazine as well as published author of “Rowdy Memphis: The South Unscripted” commented:  “As a former reporter and part-time resident of Pass Christian for three years I was really pleased to find the Gazebo Gazette in print form and on Facebook. Hunter consistently and reliably tells me interesting things I did not know. Not many small towns, or medium size ones for that matter, are so lucky to have an honest and independent newspaper. This award is well deserved”.

Richard Bennett, Mississippi House of Representatives, District 120, “The Gazebo Gazette is the only local newspaper with actual boots on the ground.  While I’m in Jackson, the only way I keep up with what’s going on locally is the Gazebo Gazette. You’ve got to have the media attending local meetings to keep the citizens aware of what’s going on in government. I’m glad he’s being recognized.”

Evelina Shmuker Burnett, founder and former owner of the Gazebo Gazette, “The Community Service Award is the perfect honor for Hunter and the Gazebo Gazette, because what they do is truly a community service. I’m so happy that Hunter and his staff are being recognized for their hard work providing much-needed news and information to our community. The Gazebo embodies all that is so special, heartwarming and unique about the Pass, and I’m thrilled that Hunter has helped ensure that it will soon celebrate 15 years of helping our community rebuild and shine.”

Kevin Cooper, MPA President and Senior Vice President of Boone Newspapers, Inc., “We are very proud of all the winners and for the excellent work they did on behalf of communities in 2019. The excellence in reporting, photojournalism, new media, and service categories prove that newspapers even in these challenging times continue to be the leading source of information for towns and cities across Mississippi.”

Christopher and Lois Audley, satisfied subscribers, “It is very important to have a local newspaper in our community. We thank Hunter Dawkns and his staff for providing the Gazebo Gazette to Pass Christian as a way of keeping us informed”.

Dr. Carla Evers, Superintendent, Pass Christian School District, “Congratulations to Hunter on earning this coveted award! The Pass Christian School District appreciates all that you do to help us communicate our mission and spotlight our students and staff for their stellar work. If it were not for the GG, many efforts would go unnoticed. We and our community depends on your sharing the good news. We are proud to have you as a partner”.

Randy Ponder, former Sea Coast Echo publisher, Past MPA President and MPA Hall of Fame, “I’ve always admired Hunter’s work ethic and dedication to community. Newspapers are vital to keeping the local community informed. This award is perfect for Hunter and he’s more than deserving of this honor”.

Here’s some interesting tidbits of interesting information about Hunter that you may not know:  he received a community scholarship to and earned a Bachelor of Arts Degree from The Catholic University of America, earned a Master of Arts Degree in American Government from prestigious George Washington University, in 2005 he was seriously injured in a major car accident that took many years to fully recover from, has had a plethora of different jobs that have provided a wealth of broad based experiences, Legislative Aide for US Congressman Gene Taylor, Public Relations Aide at the Mississippi State Department of Justice, teacher, coach, sports writer, journalist and publisher. Bottom line, although Hunter could make more money elsewhere, he choses to run a local print newspaper for South Mississippians.

So when you see him out and about in our community, please congratulate him on his MPA Community Service Award and thank him for his service. 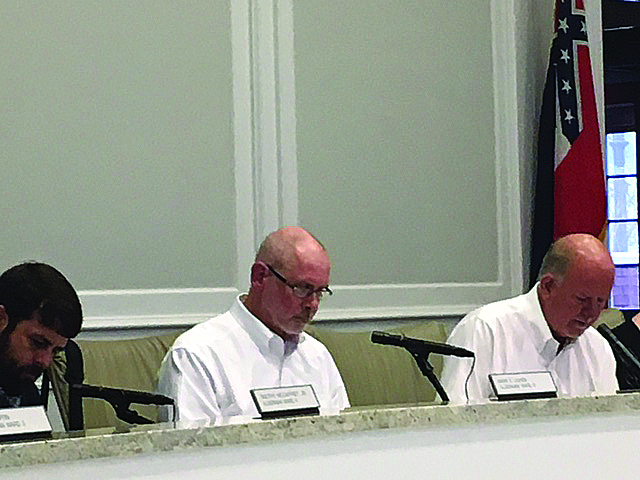 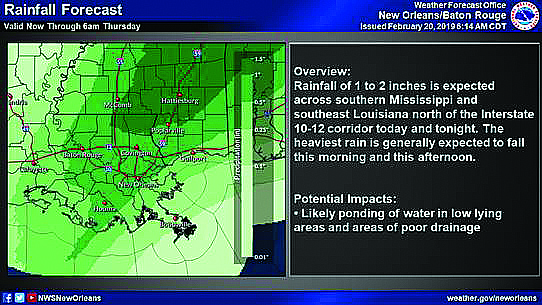