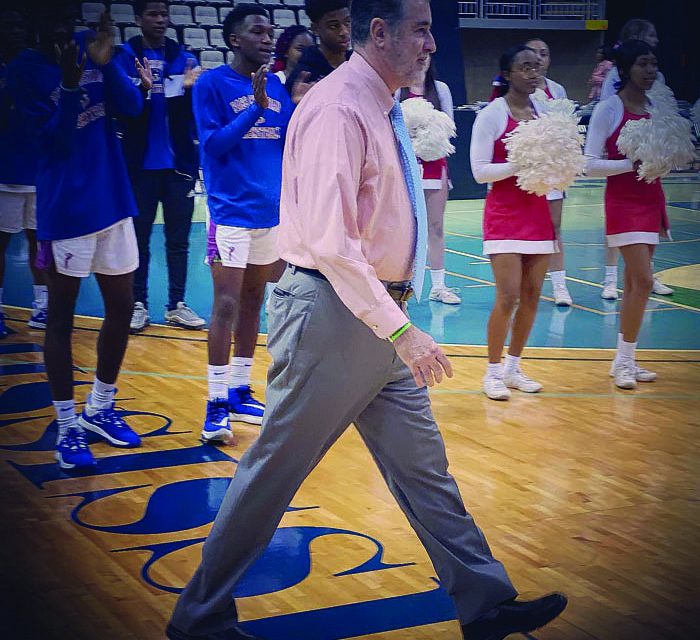 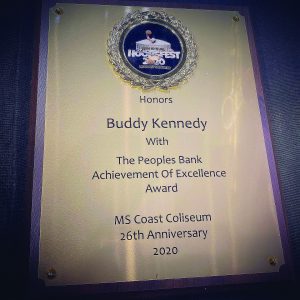 “First off this was a total surprise to me, as this award means a lot,” said Coach Kennedy.  “I have been a part of this event for a long time and had the pleasure of working with Matt McDonnell closely to help him run it that helped give me a strong connection to Hoopsfest.” 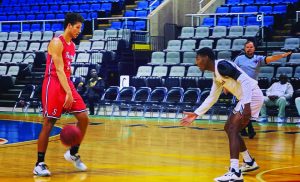 In the opening early morning matchup, both teams came out shooting with five 3-point baskets in the first period to leave a 13-13 tie at the end.  The Bearcats stepped it up during the second period behind Point Guard Anthony Robinson converting seven points to bring the halftime score 34-28 in favor of Long Beach.

Despite their subpar record at 5-13, the Rockachaws did not give up rallying during the third period on a 21-10 run highlighted by 13 combined points from the Tayara brothers (Nour & Omar).  As St. Stanislaus stepped up the defense and Long Beach could not find the basket in the final period, the Rockachaws rally was complete 60-54.

“I thought we played pretty good for four quarters despite the conditions we were playing under,” said St. Stanislaus Head Basketball Coach Aaron Dunklin.  “It was a concerted team effort and that’s the kind of stuff that is contagious.” 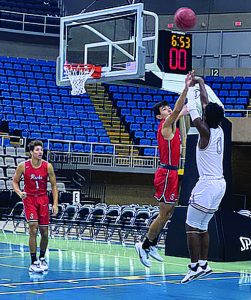 St. Stanislaus will play on the road Friday against Pass Christian and Long Beach will host Picayune at the same time.  Both games are key district matchups.

Unlike the celebration for their coach, the Pass Christian Pirates lost a close game against another tough 6A opponent.  Even though the Pirates posted a seven point halftime lead at 24-17, the Greyhounds began to knock down a few baskets for a tie at the end of the third period. 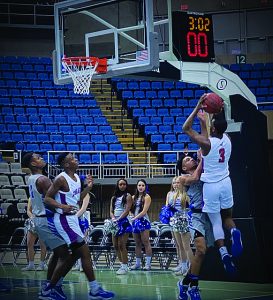 A 21-15 run in the final period for Ocean Springs left the Pirates (12-13) questioning play after winning ten games in a row and bringing their record close to 500%.

“What I have come to realize after coming out of retirement is that we should schedule our games different, as opposed to the Friday night before on the road in a tough district matchup,” said Kennedy.  “Although I don’t think it showed in the first half, a little fatigue in the second half started to show up.” 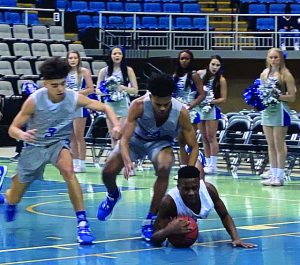 Pass Christian Senior Guard Kobe Hathorn led all scorers with 22 points, including three 3-point baskets and was the only Pirates player that scored double digits. 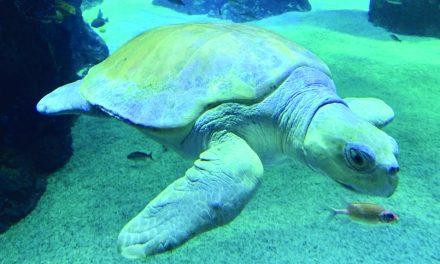