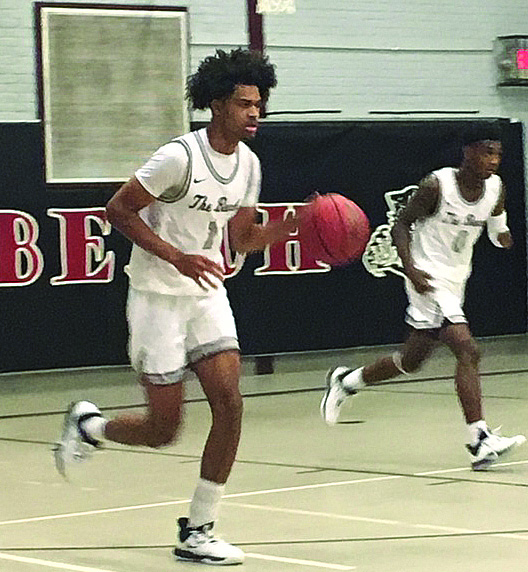 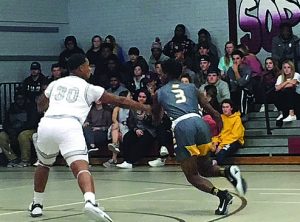 After losing five key players from the Long Beach Bearcats historical boys basketball team in 2018-19, this group put together some poise and composure to earn its first victory for the season Tuesday night.  Against a fast and rowdy 6A opponent in the D’Iberville Warriors, the Long Beach Bearcats (1-1) went on a 10-0 run in the 4 minutes, to earn the 48-43 win.

“This was an ugly game where we need to learn when to take shots,” said Long Beach Head Basketball Coach Brandon Cobb.  “I am proud of the guys for grinding the game out.”

With an early 8-5 lead after the first period, Bearcats Guard Vincent Armstrong knocked down a three-point basket along with Long Beach Point Guard Anthony Robinson who chipped in two layups.  The halftime score was 22-19 with the Long Beach lead.

The Warriors took the lead briefly at the beginning of the third period before Long Beach Forward Rod Walker nailed a three-point basket to put the Bearcats on top again.  Walker connected on another three pointer along with a quick field goal inside of the paint to make the score after three 34-30.

Once D’Iberville tied the game with 5 minutes, left a brief timeout was called to discuss strategy.  Following the timeout, the Bearcats went on the ten point run led by Walker and Robinson.  The Warriors could not recover and the Long Beach Bearcats earned their first win of the 2019-20 season.

“We need a lot of work defensively,” said Cobb.  “Should work on grabbing rebounds on both ends.” 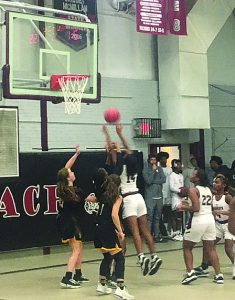 The Long Beach Lady Bearcats were not as lucky, dropping their game against the Lady Warriors 57-24.

Both teams have play against Vancleave on Friday at 6:15pm. 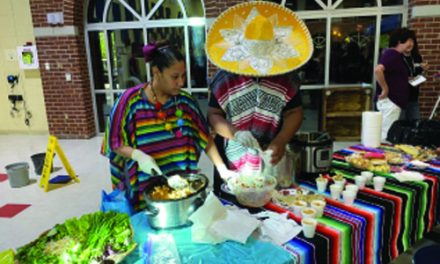