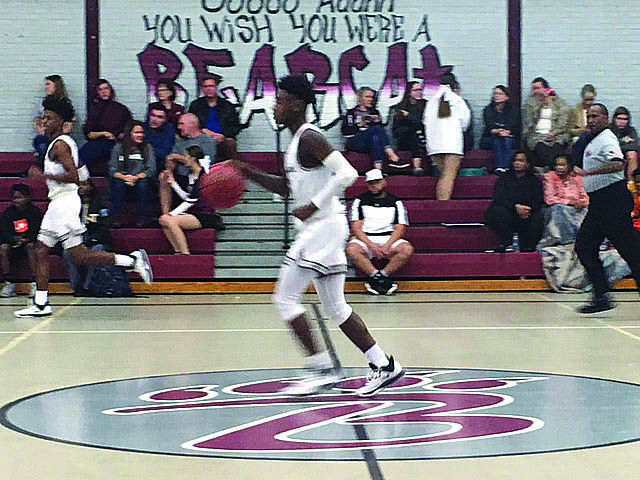 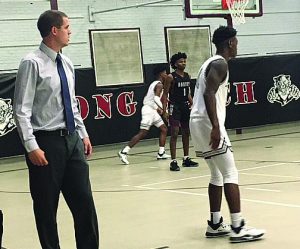 After 32 minutes of four regular periods, the game between the Forrest County Agricultural High School (FCAHS) Aggies and the Long Beach Bearcats could not be decided.  As the Bearcats (2-2) were hosting the Aggies Tuesday night, Long Beach went on a 7-5 run in overtime to win the game, 64-62.

“I stressed to keep your composure,” said Long Beach High School Basketball Coach Brandon Cobb.  “We challenged our guys in practice and on the court today.”

Searching for their second win; following a tough loss on the road against the Vancleave Bulldogs last weekend, the Bearcats started off going on an 8-2 run in the first period when the Aggies Head Basketball Coach Grayson Timidaiski called a timeout with under five minutes to play.

The Aggies displayed a disciplined offensive game plan after the timeout by going on a 12-5 run to end the first quarter with a 14-13 lead. 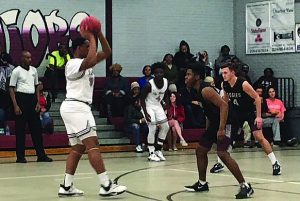 Long Beach jumped out to a 17-7 run, highlighted by Bearcats point guard Anthony Robinson, shooting guard Khaleb Marks, and senior forward Rod Walker.  Before the half, the Aggies finished with 5-0 run to close the gap 30-26 lead by Long Beach.

Once the break was over, the Bearcats lit up the scoreboard, going on a ten point run during the third period until the pendulum swung back to Forrest County.  Inch by inch, the Aggies nearly doubled up the Bearcats, leaving the score 44-41 in Long Beach’s favor at the end of the third period.

Back and forth, the lead changed seven times during the fourth period, only to remain tied at the buzzer.  The Bearcats point guard Robinson took control through handling the ball delicately and getting to the line to shoot free throws, as Forrest County was forced to foul.

With the Bearcats taking the final lead on a made free throw by senior guard Tyree Peters, the score ended with a four minute overtime period 64-62.  Robinson led Long Beach with 22 points, Marks had 17 points, and Walker finished with 14 points for the Bearcats.

“Long Beach came at us early,” said Forrest County Coach and Coast native Timidaiski.  “We prepare in each practice for overtime scenarios, so we attempted to use that.” 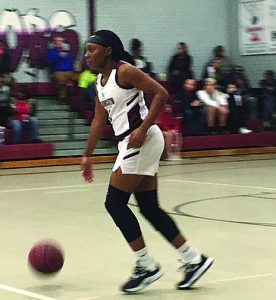 The Lady Bearcats won their first game of the 2019-20 season against the FCAHS Lady Aggies 46-36.  This was the first victory of the season for the new Long Beach Girls Head Basketball Coach Chris Odom. 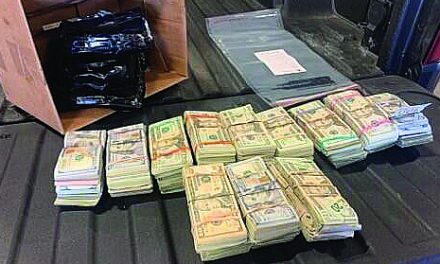