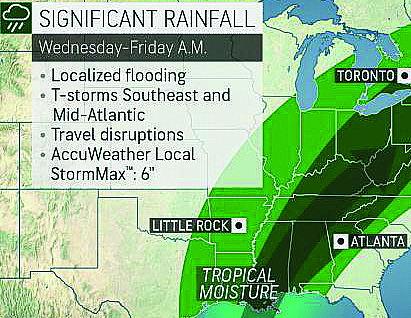 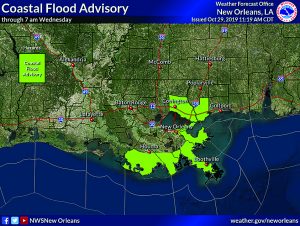 The strengthening circulation from the storm will cause winds to increase over much of the eastern half of the nation and draw moisture from the Gulf of Mexico and the Atlantic Ocean.

Prior to a swath of heavy rain, heavy, gusty and locally severe thunderstorms may erupt from part of the upper Gulf coast to portions of the Tennessee Valley and southern Appalachians during Wednesday night.

A general swath of 1- to 3-inch-rainfall with pockets of 3-5 inches can occur from southeastern Louisiana and southern Mississippi.

The National Weather Service in New Orleans has issued an urban and small stream Flood Advisory for Poor Drainage Areas for Southern Harrison County and Southeastern Hancock County in southern Mississippi. Doppler radar indicated heavy rain that will cause small stream flooding. Overflowing poor drainage areas will result in minor flooding in the advisory area. One to two inches of rain have already fallen. 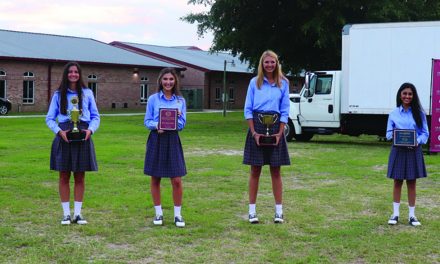 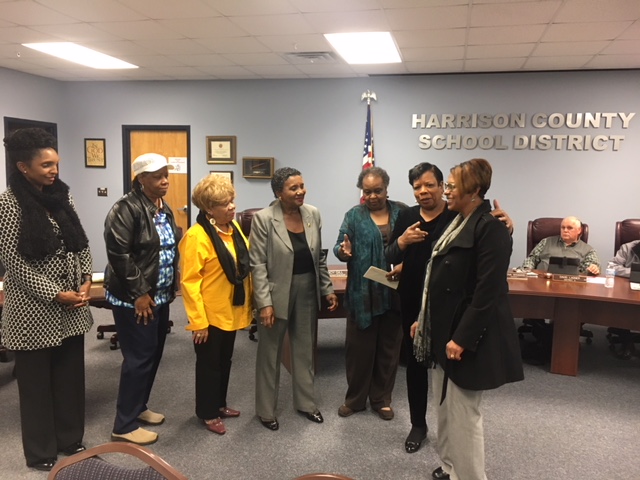