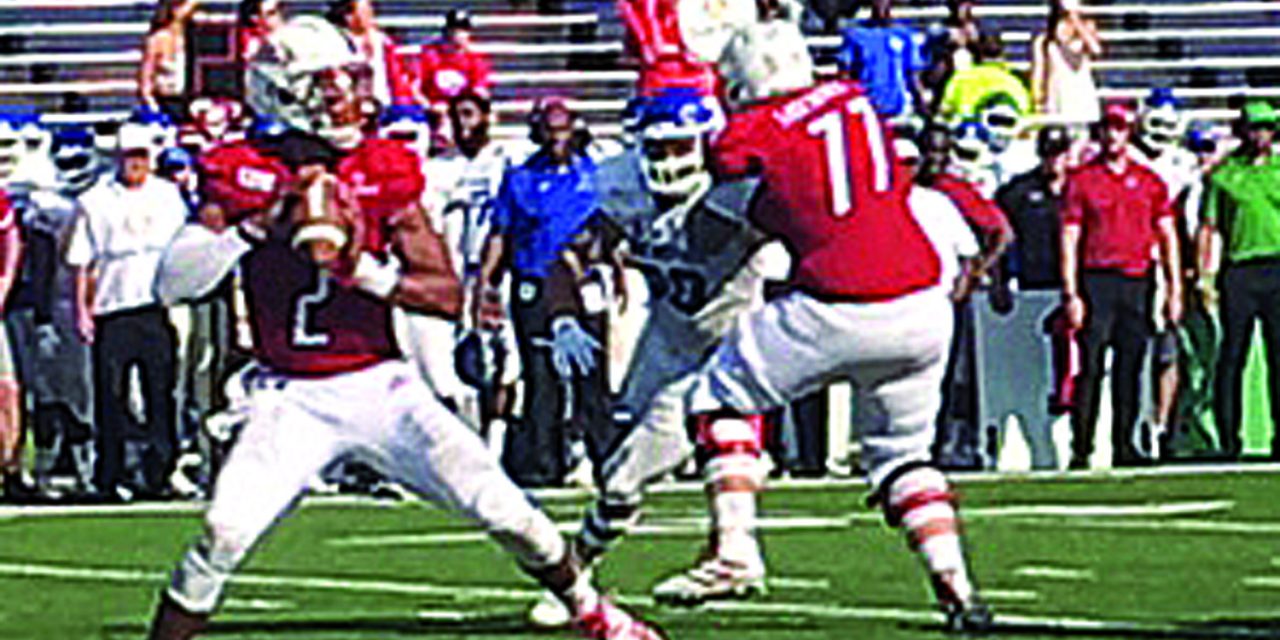 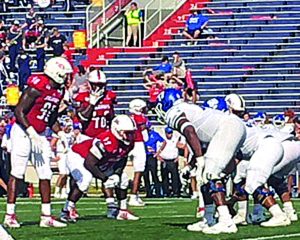 The South Alabama Jaguars played their second consecutive home game at Ladd Peebles Stadium in Mobile, although this heavily-favored Memphis team was a tougher football team.  After the dust settled, South Alabama (1-2) fell behind early and couldn’t recover in a 42-6 loss against the Memphis Tigers (2-0).

Trailing 23-0 at halftime, the Jaguars could not find the offensive solution to attack the University of Memphis.  South Alabama finished with 248 yards total offense, which a chunk came out on the Jaguars 74-yard touchdown pass with 11:18 left in the game for their only score.

“We’re going to get there, just got beat by a better team,” said South Alabama and former ten year Mississippi Gulf Coast Community College Football Coach Steve Campbell.  “We have to start winning at the line of scrimmage and defensively we kept it from getting bad.”

Campbell’s Mississippi Gulf Coast ties brought numerous players to South Alabama football and he looks to gather more.  “We have a good little handful of JUCO players and we have a lot of young guys getting experience.” 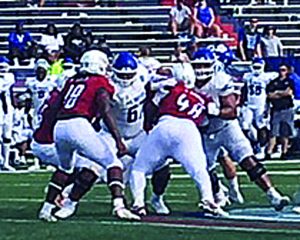 Harrison Central Alumni Left Tackle Jacob Shoemaker and Nose Guard Jordon Beaton started the game for the Jaguars.  Despite the lack of offensive productivity, Shoemaker only allowed the quarterback to be hit once, hurried once, and helped the offense gain over 100 yards rushing.  Beaton held his own from the defensive tackle position, often being double teamed, but forcing the run to be stretched out the tackle.  The senior finished with two tackles and a tackle for loss in the second quarter.

A notable surprise happened in the third quarter when Gulfport High Alum Sophomore Defensive Lineman Gi’Narious Johnson sacked the Tigers quarterback to stall an ongoing drive, which forced Memphis to punt.  Former East Central Hornets Offensive Lineman Conner Estes participated in the contest to show the talent on the field from the Mississippi Gulf Coast at the game.

The Jaguars will play on the road this week against the University of Alabama-Birmingham at 2:30pm Saturday. 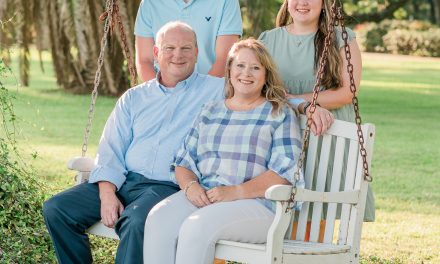 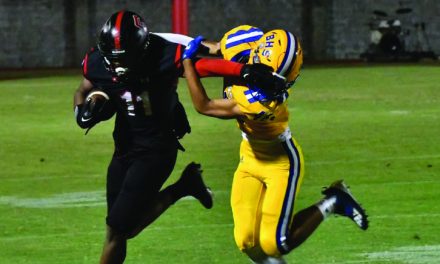 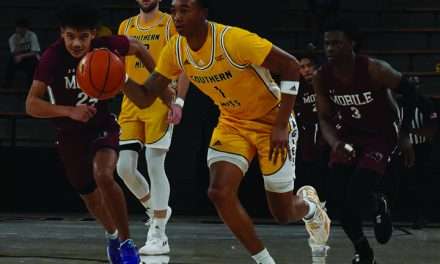