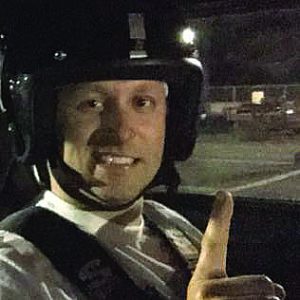 There comes a time when we are stuck in traffic or someone cuts us off or cruises 10 miles per hour slower than the posted speed limit in the left lane and we have the overwhelming urge to ram our car into whatever is in front of us and bash it into smithereens over and over.

In the case of Jeff Smith, a Gulfport native who was born and raised into a racing family, the occasional demolition derby is just want the shrink ordered for those bumper-to-bumper bouts with jerks in traffic.

“It’s therapeutic. You get a lot of anger and aggression out during the derby,” said Smith as he rubbed the back of his stiff neck when he laughed at the thought of his recent foray into the carnage at the Mobile International Speedway July 20.

The grandstands were packed this past weekend as crowds endured rain and hours of racing fun waiting for the main event. As the championship laps concluded from the winners of each of the various categories of races, all eyes were transfixed to the pit in the center of the half mile asphalt oval.

“Your adrenaline gets going when you line up and crank your engine,” said Smith.

The adrenaline of the crowd is almost palpable as spectators begin to jockey along the fence line for the best position to see the action.

“I am so excited. My heart is beating hard,” said Curtis Simmer, a nine-year-old from Baldwin County Alabama who begged his dad to take him to the track for his first derby.

For Smith, this event is the first time in nearly 10 years that he has entered into a derby. Earlier in his career, Smith focused on winning competitive races, but due to the costs associated, he decided to take a back seat and become a spectator. Smith also entered the occasional derby for fun when the opportunity presented itself with a cheap or free car that wasn’t good for anything, but beating up.

The typical rhythm for preparing for a derby is to begin a month out from a match getting the car ready. According to Smith, a lot goes into preparation. He can easily average more than 30 hours of mechanical work on a car.

“I kinda jumped into this one at the last minute. I was already planning to race and have been working on my car, but a buddy who owns a towing business called me and let me know they had a car for me,” Smith said. “We dug it out of the woods and got it running”.

According to Smith, to get a car ready, there are a set of rules and guidelines of how to make a car derby ready.

“You have to take out all glass parts on the car inside and out, windows, headlights and all. You can put in a roll cage, but it’s not a requirement and the battery has to be removed and placed into a special compartment. Safety switches have to be bypassed and the airbags have to be removed,” said Smith.

Smith doesn’t have a specific make or model that he favors as his weapon of choice. “Whatever is cheap or free is best. Older cars are better. They hold up better. Doesn’t matter about the brand, just cheap because most of the time, the prize is only for 1st place, so if you finish second you get nothing,” Smith explained.

Some of the rules of the derby are unreal such as, if you catch on fire three times, you are out. Smith recalled the hardest hit he has ever endured behind the wheel during a derby was when he got hit so hard he came completely out from under his seatbelt and ended upside-down in the passenger floorboard.

Between racing and his bout in the derby, Smith won a bit of money and made a few dollars. Just enough to keep him hooked, he said as he rubbed his stiff neck and pointed out good-sized cut on his knee from the steering column.

Smith’s advice to anyone else who would like to try their hand in derby smashing is to make sure you have time to work on the car and have a couple of buddies who can help you. It is hard to do it only your own, he said.

Look for free or real cheap cars at junk yards. Sometimes they will give you a car if you put their logo on the side, he explained. For racing however, drivers can expect to invest $400 to $600 a week.

“It’s fun, but expensive to race competitively. Once it’s in your blood though, it’s hard to quit,” said Smith.

Smith wants as many people to experience the thrill of family-style racing. His dad was a race-car driver and his brother owns the Mobile International Speedway right off exit 10 on I-10.

“I just want to see people enjoying something so many put their passion into,” said Smith. “I just want the excitement of seeing people do what they love live on”. 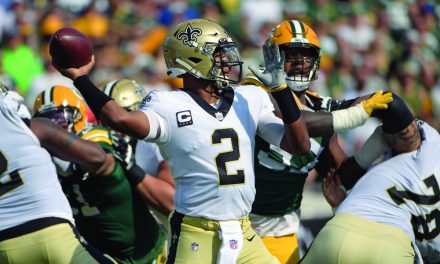