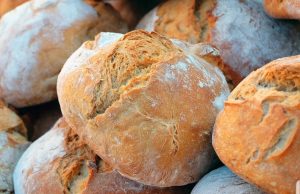 Summer is almost here.   As much as you’d expect to have me drone on in my nostalgic way about seasonal, local produce and lightning bugs and warm southern evenings and such, today I bring to you a rarely spoken about subject in these modern times.

Bread’s history is wider and deeper than we give credit.  Rather than the dirty word it has become, it was the ultimate sustenance, available in so many forms, filling the often very hungry bellies of all classes and cultures across our globe.  For over 10,000 years, it has graced the tables and travel preparations of the working class and the royals – as tortillas, loaves, rolls, arepas, cornbread, biscuits, chapatis, injera.  Wheat was first domesticated in western Asia, and its cultivation reached to Europe and Africa. Maize farming covered the Americas. The spreading of populations to farm these crops brought a halt to previously nomadic lifestyles, and eventually begat the births of towns and more organized societies.  And, of course, creative and longer lasting ways to use and store them…. Like bread. (Foam skimmed from beer is the first recorded evidence of yeast based bread, as reported by Pliny the Elder- oh, the places it’s been since then. With industrial enhancements such as ovens, slicers, mixers, additives, methods, and nutritional evolutions like vitamin additives and alternative breads, especially gluten free – there are no real limits these days.

Here in the U.S., bread became easier to store and transport with advancements in refrigeration, and because it was cheap and easy to make or buy, was for decades THE staple food on most dinner tables.

We have drifted away from that, but our love of and longing for its presence in some form remains for most of us.  Whether you are splurging, beginning to bake, expanding your experience or seeking different options, I give you ways to make for yourself the bread to break with those you love.

Focaccia – Heat ½ cup olive oil, 2 crushed cloves garlic,1 Tbsp each thyme and rosemary in a medium skillet over low heat for 5 minutes. Set aside. In a bowl, mix 1 cup warm water, 2.25 tsp active dry yeast, and ½ tsp honey.  Let sit 5 minutes. Add 1 cup all purpose flour and ¼ cup oil mixture to yeast mixture. Let sit 5 minutes. Stir in 1.5 more cups flour and a pinch of salt. Transfer dough to a floured board and knead until smooth.   Place in an oiled bowl covered with a damp towel and let rise 1 hour.  Spread dough with your fingers onto an oiled sheet tray, to reach all edges Drizzle with olive oil, sprinkle with another pinch of salt, and bake at 450 degrees 15-20 minutes, until golden.

Refrigerator Bread –  Combine 32 ounces (weighed) bread flour, ½ ounce active dry yeast, 1 Tbsp salt and 3 cups warm water. Allow  dough to sit at room temperature for 2 hours. Then place it in the refrigerator a minimum of 2 hours, or up to a week before baking.  To bake, pull out 1/3 of the dough and shape it into a ball. (use flour to keep it from sticking to your hands). Allow ball to rise about 45 minutes, or until doubled in size.  Heat your oven to 475 degrees, preheat a dutch oven or bread loaf pan. Cut 2 or 3 small slits in the top of your dough and drop dough into warm pan. Mist dough with water and cover before placing it back in the oven.  Bake 25 minutes, covered, then remove the lid or cover and bake an additional 10 minutes. If it registers 200 degrees temperature it is fully baked. Move to a cooling rack and cool before slicing.

The Building Blocks of a Belonging Workplace 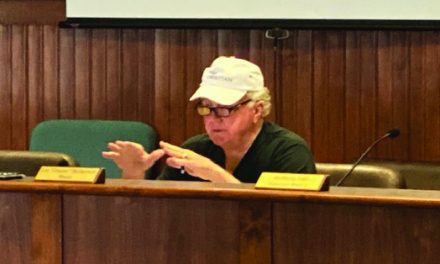