Lady Bearcats Finish the Season No. 1 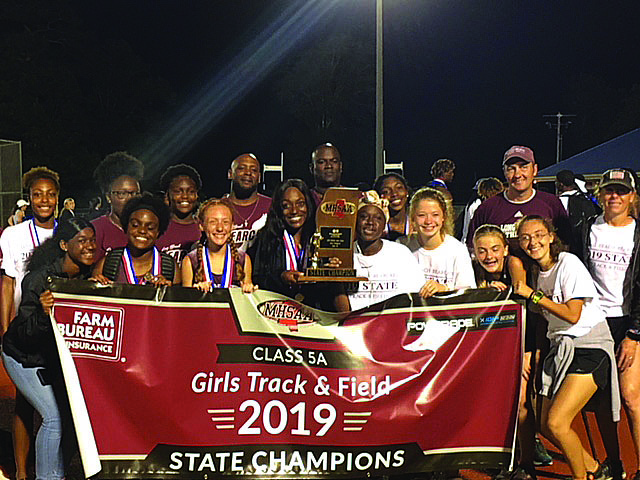 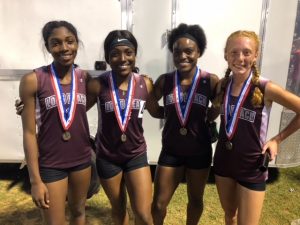 There were a lot of personal achievements in track & field, but at the end of the day, the Long Beach Lady Bearcats won its first ever state 5A Championship with 79 points.  Five points over the runners-up and a personal best for a few Lady Bearcats.

The duo teamed up on the 4×400 meter relay team to dominate the field.

“When you have two-star athletes like Destini and Brooklyn along with a supporting cast in other events, it’s hard to loase,” said Long Beach Track & Field Coach Damon Felder.  “The girls set a goal in the beginning of the year and told me that we would win state.  We could not have asked for a better ending.”

Both ladies were voted to the all-state track team and Biancamano won track athlete of the year.

In the 4A reigns, which was delayed due to weather, the Pass Lady Pirates finished runners-up by only 15 points, but Junior Kamdyn Skinner won her third consecutive gold medal in the high jump event at state.

Four other ladies, placed in the top 3 to win a medal.

The Boys finished eighth, which set a new school record in track & field and Pirates Senior Damonta May won the gold medal in the Triple Jump.

“We have two main goals at the beginning of every season:  to win a district championship and to be better that last year,” said Pass Christian Track & Field Coach Zachary Halley.  “I couldn’t be more happy with both of our teams seasons and their improvements over last year’s squads.  Winning both district and regional titles is a big deal for these kids and this program.”

The Our Lady Academy Crescents finished the day with 68 points and in third place in Class 2A behind champion Saint Patrick with 118 points.

The St. Stanislaus Rocks led the Class 4A meet for 13-plus events before slipping to third place overall in Class 4A with 57.5 points behind champion Northeast Lauderdale with 70 points and runner-up Pontotoc with 69.5 points in the field of 28 teams.

The Rocks started the day with a gold medal performance from Brandon Bordelon in the long jump with a winning leap of 21’ 6 1/2”. 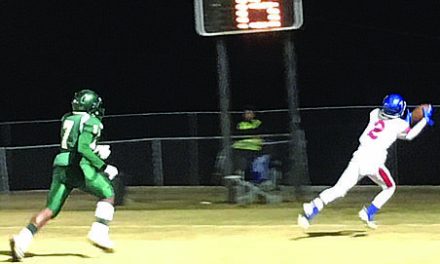 END OF THE ROAD: Historic Season for Pirates Comes to a Close

Jazz in the Pass Brings Together Local Community