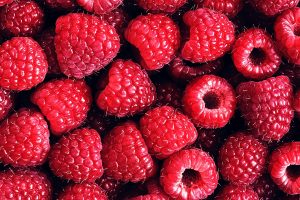 This is due to the presence of ethyl formate, which also gives rum its flavor. We are made to experience them both-  it is a natural progression that we should have a tendency to combine the two.  The universe wants us to.
The world around us offers immeasurable numbers of basically unromantic compounds from which we derive the greatest measurable basis of our most vivid memories. This is due to the anterior olfactory nucleus, which includes the ever entwined senses of smell and taste.
Last year scientists even definitively linked loss of sense of smell with occurrences of Alzheimer’s.  While they continue to research this discovery, it substantiates a long observed reality that so strongly links memory to scents and tastes.
It is no surprise we are so nostalgic over food.  Even the worst of dishes can stir the best of times from within us.  My grandmother, coming from a generation lacking the luxury of a quick run to the super store, was infamous for her impromptu recipe substitutions.  The funniest and worst of these in my memory was a corn flake pie crust, which sounds pretty great, right?  It wasn’t, not even a little.  Every time I smell corn flakes or Karo, I think of that particular, hilarious Sunday dinner.
Just as I think of the creek we used to swim in, and how we would chill our watermelons right in the unusually cold water before cutting them – every time I eat a cold piece from my fridge now.
A lot of people are drawn to the scent of apple pie in the oven, of bacon being cooked in a pan.  Many are equally repulsed by the memory of metallic tasting medicinal iodine, or of being fed earthy escargot. Or even the salty taste and smell of sea air, from those vacations back in the day.
For better or worse,  it is so often an ingrained part of every experience, we associate food with practically everything.
Below, I give you a few things to invoke new memories for you- including the flavors of the universe.
The recipes:
Raspberry pie- soak 12 ounces fresh raspberries in 1 cup rum of your choice for 1 hour.  Fill one refrigerated pie crust with berries, top with a mixture of 1 stick butter, 1 cup sugar, 1 cup flour and 1 tsp vanilla.  Bake at 375 degrees 25-30 minutes, until golden.
Bacon ranch chicken – soften 1 stick of butter and mix well with 2 pieces cooked, chopped bacon and one stem fresh thyme, picked.  Rub mixture over 4 chicken breasts, and bake at 375 degrees 25 minutes or until the chicken’s temperature is at least 165 degrees.   Serve with a side of buttermilk ranch.
Jalapeno Corn- shuck and clean 4-6 ears of fresh corn. Grill, dry, until charred and smelling toasty.  Allow to cool while combining 1/2 cup sour cream, 2 diced jalapenos,  garlic, salt and pepper to taste.  Roll grilled corn in mixture, sprinkle with grated Parmesan. 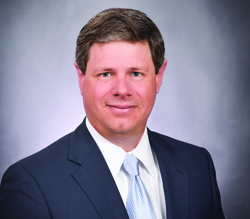