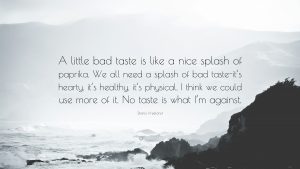 If there’s one thing I’ve learned in my many years of professional cooking, it’s that taste is as varying and personal as the wind up your shirt or the sun in your eyes.

Which is to say, it seems random,  but is usually very specific, for extremely particular reasons.  And that’s ok.
Moreover, I assert we all have our own preferences,  but they sometimes,  and sometimes often, can be interpreted by others as – well- poor taste.
We like what we like.  Sometimes we discover new likes and dislikes.  But in food especially, we are rarely shy when expressing them.  That is also perfectly ok. Lots of us are also forthcoming in admitting our basal choices, while others defend them with misguided, biased high praise.
Some of us love McDonald’s, but won’t admit it.  Some of us add cream of mushroom soup to half our “homemade” dishes because grandma did, and devour it heart and soul.  Others readily allow the Fritos on our sandwich as less than classy, but feel no guilt. And then there are those who won’t ever come clean about that mayo and saltine midnight snack habit. Some believe in the 5 second rule, and some can’t bear their food touching on the plate.
My dad used to make boxed mac and cheese with a side of butterflied, broiled sausage slathered in bottled barbecue sauce. To this day, I sometimes need that in my life.  I don’t care what you think of it.
The truth is, all food is gross to somebody. <Insert adage regarding trash and treasure and whatnot here>.  And almost all gross food is, or once was great to someone else.  Does it really matter?  I suppose it depends upon which side of the fence you’re watering the lawn.
Personally,  I think there is much to be learned and taught in those private food moments.  And a lot of them shouldn’t be felt through the filter of shame.  All I ask is for you to go on frying your Spam one side at a time, and tell us what makes yours more special than someone else’s.
Variations on this theme might include any casserole that made an appearance somewhere in your upbringing, soups made from cans of other soups, mashups of foods that don’t traditionally go together or are prepared using unusual techniques (i.e. salami waffle sandwiches, cracklings topped steak, fried oreo tacos…)
Whatever it is that makes your nostalgic, animalistic heart pitterpat.  That’s what you deserve to enjoy without judgement from time to time.  Bon appetit!
We’re all friends here, so while you think on your “guilty pleasure” foods, I invite you to try a couple of mine.
The Recipes:
Redneck stir fry–  add leftover rice (because if you’re like me you always make too much) to 1/2 onion, sauteed, and leftover sausage or other protein, warmed in the same skillet.  We aren’t worried about measurements,  just do what feels right.  Throw some cheese and maybe garlic in there too.  But don’t you DARE add another vegetable.  Just don’t.   When everything is all warmed through and cooked and slightly golden, crack an egg or 2 and scramble off the heat until incorporated in the mix.  Enjoy, guilt free.
Back alley hand pies–  cut up any and all leftover meats and veggies that sound good and you just want to get rid of into small pieces.  Separate a can of biscuits, rolls or even a package of wonton wrappers.  Roll or pat thinnish, as necessary.   Fill with 1-2 tsp of your mixture, topped with cheese.  Fold shut, and press edges with a fork to seal.  Bake at 400 degrees, because who has time to wait around for 350, until golden. Serve with leftover marinara or dressing packets for dipping, or just use ranch or melt butter from your fridge.  Best rule of thumb- if it smells good together, it will likely taste good together. Be creative, not ashamed!  And be thankful for your lack of both effort and hunger later.

THE BLUE JEAN LAWYER: How Will Your Kids Spend Their Inheritance? 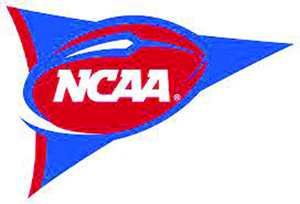