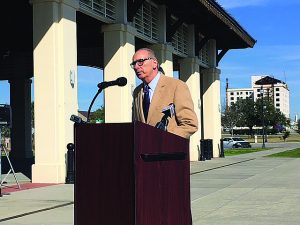 Reeves named CPA Jerry Levens of Long Beach and Pascagoula Realtor Mark Cumbest for his two appointments to the advisory board.  Governor Phil Bryant selected his three appointments last month at the Bolton Building in Biloxi.  Speaker of the House Phillip Gunn has to finish out the nominating process by choosing two, as the committee will consist of seven.  This board will give recommendations of projects that will benefit the state to the Mississippi Development Authority (MDA).

Levens was a former partner of the Gulfport CPA firm of Alexander, Van Loon, Sloan, Levens & Favre PLLC.  In 2017, Levens was a recipient of the Mississippi Gulf Coast Chamber of Commerce’s Pat Santucci Spirit of the Gulf Coast Award.  Additionally, Levens served on the board and helped establish the Mississippi Gulf Coast Regional Convention while possessing leadership roles with Infinity Science Center, Gulfport Kiwanis Club, the foundation of the Diocese of Biloxi, and a few other places.

As part of the inaugural Master’s Program and a member of the Gulf Coast Business Council, Levens has been chosen by numerous publications to the top of business leadership roles while being selected for the 1995 Public Service Award in the state of Mississippi to all CPAs. 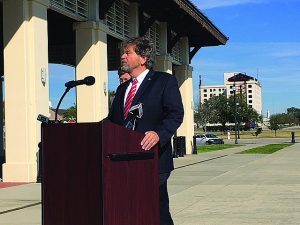 Longtime Jackson County real estate broker Mark Cumbest has numerous awards and accolades after graduating from Southern Miss, but being a recipient of the 2010 Hall of Fame award from the Mississippi Gulf Coast Association of Realtors set him apart.

After founding Cumbest Realty, Inc. more than 35 years ago, he has been involved in the sale of over 60 businesses.  From the sale of lands to Chevron expansion, Cumbest has accomplished quite a bit in Jackson County realty.

There is no timeline of when Speaker Gunn will make his two choices to fill the committee, but numerous officials have stated that it will be soon.