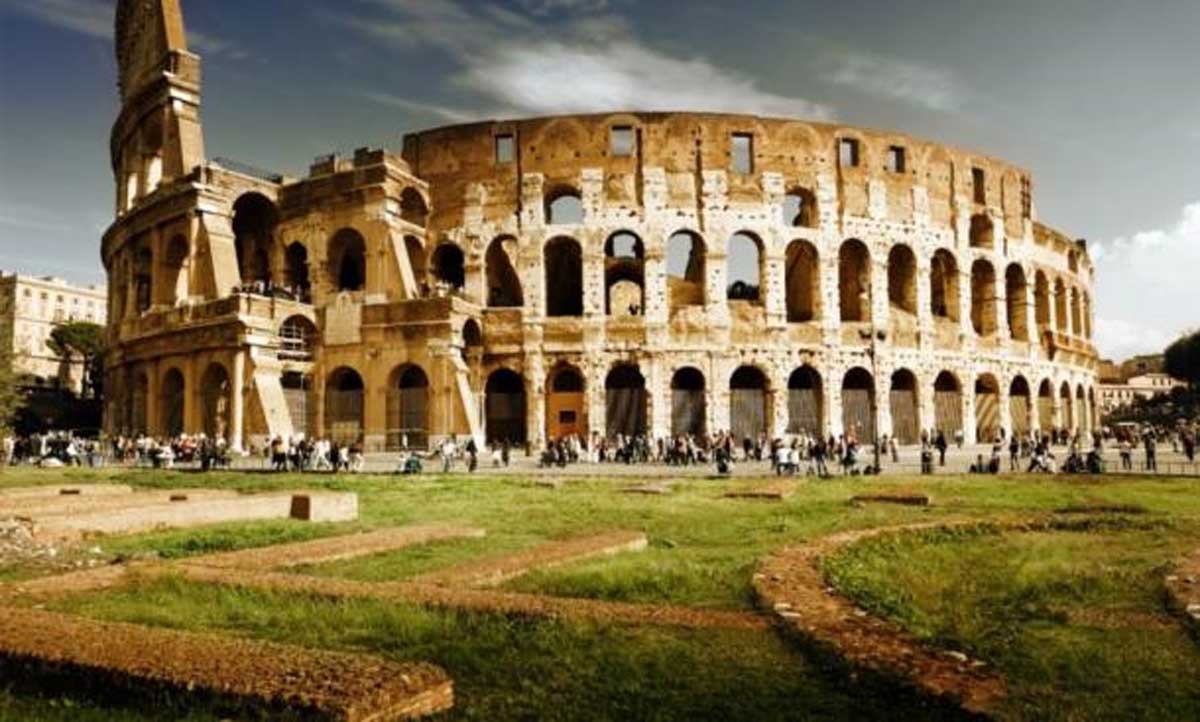 BUONGIORNO!  Following our eleven-day trip to Italy (Rome-3nights, Cinque Terre-3 nights, Florence-3 nights, and Venice – 2 nights), some reflection on travel in general and this trip in particular.  Neale Donald Walsch, one of my mentors said, “Life begins at the end of your comfort zone”.  I believe that life is about growth.

We are here in human form to grow as individuals, and we grow through change and challenge, made possible by possessing an open mind and a willingness to accept different ideas.  In the words of Muhammad Ali, “A man who views the world the at 50 as he did at 20 has wasted 30 years of his life”.  Growth does not take place when we think and do the same things over and over again.  A full life is one of 70+ years of experience.  Unfortunately, some live a life of one year’s experience 70+ times.  Travel exposes us to different ideas, different food, and different customs.

The trip was scheduled a year in advance.  During the time leading up to our departure on October 27, I did a lot of planning; where we would go, what we would see (including tours), what and where we would eat, including making reservations before we left the U.S.  We got up at 4 a.m., finished last-minute packing and drove to the airport for our 7:00 a.m. flight.  We checked our bags and went through security.  I informed the TSA agent that I had two titanium knees before passing through.  Sure enough, I set off the alarm as I always do.  Since the agent was female, she told me to take a seat and wait for STEVE to come back.  After a ten-minute wait, STEVE showed up and the petting, er, patting began.  It seems that something between my hips and ankles showed up on the scanner.  I wonder what it could be!  Finally, the examination was finished and I was allowed to board the plane as the last passenger.  I don’t know for sure, but I think STEVE and I are now engaged, and he didn’t even buy my dinner.  The flight to Rome via Dallas was uneventful.

We arrived at Rome at 7:00 a.m. ready to hit the ground running.  I had hired a car and driver to take us from the airport to the hotel.   We would check in, unpack and then take the Hop On, Hop Off bus to the Coliseum for our guided tour.  Unfortunately, when we got to baggage claim, my suitcase was not on the carousel.  We waited until we were the only people let and there was one bag still on the carousel.  It was very similar to mine, but different name tag and claim number.

We stopped one of the attendants who spoke very little English, but we were able to communicate our problem.  He took us to a very nice worker who attempted to call the phone number on the bag.  While my wife, Grace, filled out the necessary forms, I went to find the driver of our car.  I explained the situation and was able to convince him to stay even though it was over the one hour allotted wait time.  We left the airport and walked with the driver in the rain to his car.  Our flight attendant, who lives in Rome, had warned us about driving in Italy.  He said that those lines on the street are merely “suggestions” to drivers.  On the ride to our hotel we received first-hand confirmation of the veracity of his statement.  Our driver seemed to be the only one who drove within the lanes.  Fortunately, we arrived at our hotel, wet but safe, and two hours later than scheduled.

“I learned long ago never to wrestle with a pig.  You get dirty, and besides, the pig likes it.” – George Bernard Shaw

Now in our room, it’s too late to get to the Coliseum.  It is also still raining, and the tour would have been outdoors.   We decide to rest and wait for a call about my luggage.  After an hour my phone rang, and the call is from a New York City number.  The person that we believe took my bag had a NYC address on his bag.  The problem was that my phone had a wet spot on top of the ACCEPT CALL button (rain, remember), so I could not answer it.  Grace tried to return the call on her phone and left a message to call her phone.  After two more attempts to reach me, they must have checked their messages and called Grace’s phone.  It’s LANCE and the first thing he said was, “So, we must have each other’s luggage”.   Grace politely explained that we do not have his bag.  It is still at the airport where he didn’t claim it.  He apologized for taking my bag, and Grace heard him talking to an employee of the hotel where he was staying.  He offered to pay him to deliver my bag to our hotel.  It appeared as though our problem was going to be resolved, but nay, nay.  His wife MINDY got on the phone and said that they were not going to do that.  She explained that since they did not deliberately take my bag, that it is not their responsibility to return it.  What?!  Further, she added, ” You know, you’re probably are going to need your clothes, and it is here at our hotel if you want to come and get it.”

Rather than have an unwinnable argument, we go to our hotel lobby and ask the young lady at the desk for directions to Lance and Mindy’s hotel, explaining what happened with the luggage.  The young lady thought we were going to change hotels.  She became animated, agitated, and aggravated and in half English/half Italian let me know that we had a reservation and could not change hotels.   When she calmed down, I explained more slowly that we were going to the other hotel to pick up the bag, and then return.  She agreed to call the taxi.  I explained to the taxi driver the circumstances and the plan, he agreed to take us there and wait while we retrieved the bag, then drive us back.  He found the address, but it was on a one-way street.  Instead of going around a couple of blocks he put the car in reverse and backed two blocks down the street, continued, (making a left-hand turn while still in reverse) and kept going (backwards) until he reached the hotel.   We next discovered that parking in Rome simply means stopping wherever you are. (We don’t need no stinking lines!)  We retrieved the bag and headed back to our hotel.  On the way back, we witnessed another innovation in Italian parking.  A young lady, realizing that she did not have enough room to parallel park between two cars, proceeded to back in and perpendicular parked between two cars.

“I have always depended upon the kindness of strangers.”- Blanche DuBois (in Tennessee William’s (A Streetcar Named Desire”)

We had a dinner reservation. We must have looked lost and depressed, because a young Italian couple asked if they could help us.   He took us to the door of the restaurant.

“Always Look On The Bright Side Of Life”  Monty Python

So, what have we learned?  When you travel, you are not in control.  Things will change.  Maintain a good attitude, and make the changes work for you.  If something unfortunate happens, and there is nothing you can do about it, accept it and go on with life. If you don’t, you extend the pain of the past into present.  Acceptance puts you in harmony with life.  Good things will happen.  What an adventure, and this was just our first day in Italy!  ARRIVEDERCI! 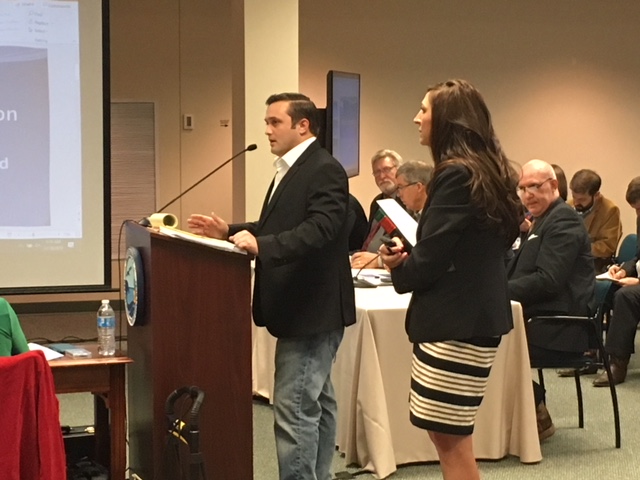 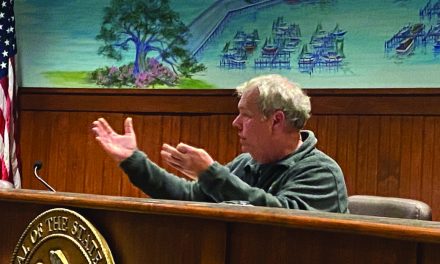 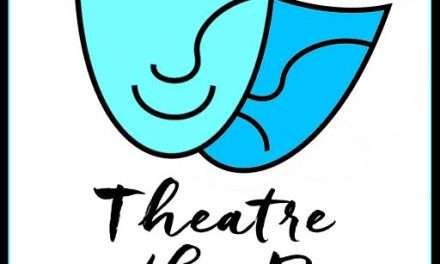 Casting Call for “Talking With…” at Theatre in the Pass