One consideration that seems to be the more famous of the Albright factors that a court focuses on in a child custody case is the emotional ties between parent and child. Two of the most common misconceptions about this factor is that the court only considers the child’s preference and that this factor inherently favors the mother. While these certainly may occur in any given situation, a chancellor delves deeper into the underlying interactions between each parent and their child when making this decision.

Provided through testimony in a child custody case, a chancellor relies on statements and facts to find which parent to whom the child is more bonded and attached to. For example, the court would consider the fact that the child would ask for the father when he was sick. The chancellor could also look to the bedtime ritual of the child to see which parent he or she preferred to put them to bed. Even labels such as “momma’s boy” or “daddy’s girl” may be taken into consideration by the chancellor and weighed in favor of the father.

When weighing this factor, the court also looks to the parent’s bond with the child. If both parents are found by the chancellor to have a supportive and significant role in the child’s life, this factor would be weighed against neither party. However, if there was testimony that only one parent had a predominant role in the child’s life, the chancellor could weigh this factor in favor of that parent. Testimony or facts showing that one parent, for instance, attended school programs, knew the child’s clothing and shoe sizes, and would regularly read and play games with the child would show that that parent and child had a more emotional bond, thus tipping this factor in their favor.

This factor is one where a guardian ad litem becomes very important, as during the writing of their report that guardian is likely to visit the home of each parent while the child is there to watch them interact with the child. While the other factors in a child custody determination will certainly be present in those reports, the emotional bond and interaction between parent and child often takes center stage, as that bond will obviously have an impact on the raising of the child for years to come.

Many who come into our office have questions about how this factor may relate to their case. We receive many calls from people who are merely ill-informed about how the court takes into consideration the emotional ties of the parent and child. If you have a question about how things in your life can impact your case, it is always a good idea to consult with an attorney.

Please let us know if you have any comments or questions after reading by contacting us at (228)224-6781 or editor@thegazebogazette.com. Thanks for reading. 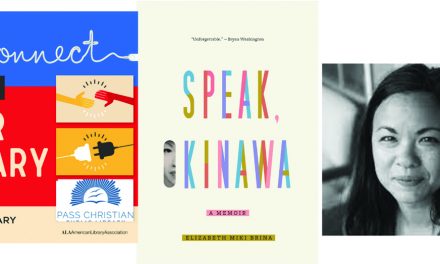