As parent of the homeschooled student who was not allowed to enter into homecoming at West Harrison High School was present, Jeff Miske, the concern was handled in a lengthy executive session.  Harrison County Superintendent Roy Gill informed The Gazebo Gazette, the Board decided to establish a committee made up of the administration at every school in the district to review the school district’s handbook and see if any procedures should be changed.

Miske did not comment after the result was mentioned.  The Harrison County School District differs from numerous municipalities on the Coast, as most allow homeschoolers provided that the school district gets a filled out form before the event.  Currently, the Harrison County School District does not allow homeschooled students to attend homecoming, dances, or prom.  Gill expressed that the established committee will be making actions soon.

Another matter, which was discussed in executive session, was about the proposed $55 million bond on the ballot in November in Harrison County.  The hope is that a new elementary (K-8) school will be built on the east side of the district while a new middle school will be constructed next to West Harrison High School, if the bond passes on referendum.  Passage for any school bond in the state of Mississippi is 60% + 1.  Harrison County School Board President Tom Daniels said there was no action taken.

Next meeting was scheduled for October 16 at 5:30pm. 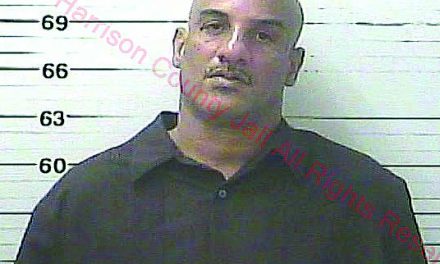