Tuesday evening at 10:25pm, the State Senate sent its version of a resolution to deposit BP Funds into a Settlement Fund and the Gulf Restoration Fund.  After one amendment was put in, used to define the three coastal counties (Hancock, Harrison, and Jackson), the bill will be sent to the State House of Representatives Wednesday morning when they convene at 10am.

Over $700 million dollars had been granted to the State Legislature in 2016 from the Deepwater Horizon catastrophe affecting the Gulf Coast, whereas the State Treasury has kept these funds until a legislative decision was made about the outcome.  The Senate was granted authority to come up with legislation for a resolution, as the bill was authored by long-serving Biloxi Senator Tommy Gollott while five coastal senators joined in.

A large step in this bill is the direction of all planned projects, as said “to provide that monies in the Gulf Coast Restoration Fund (GCRF) shall be used only for programs or projects that are located in the gulf coast region as defined in the federal restore act and to create the GCRF advisory board to provide advice to Mississippi Development Authority (MDA) when reviewing applications for assistance under this act.

Mississippi Governor Phil Bryant extended his call, which added this item of a resolution to the BP Settlement Funds.  After this was sent to the Senate Appropriations Committee, it was briefly put into action on the floor.  The final roll call for Tuesday evening’s vote after amended was 42-8.  The coastal delegation unanimously supported this legislation, as the only State Senator from south of Jackson that voted against the bill was Chris McDaniel.  McDaniel is running for the United States Senate seat to fill the vacancy left from long-time Senator Thad Cochran November 6. 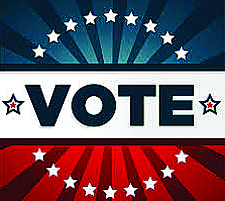