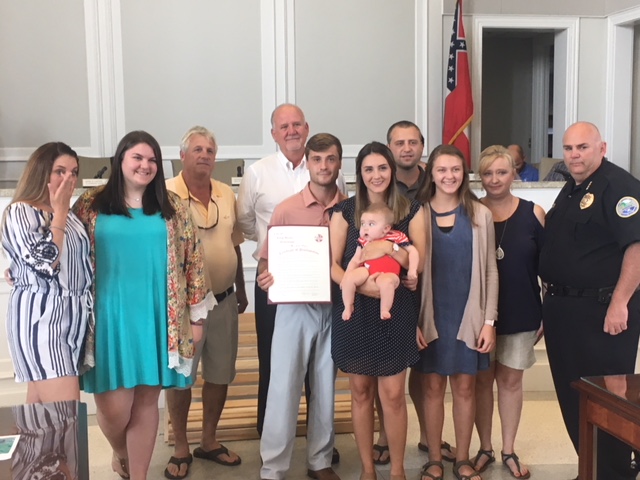 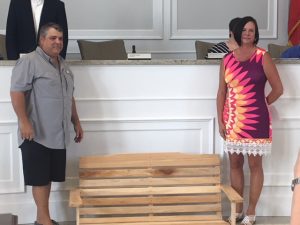 Following the brief proclamation, the public hearing for the budget and tax levies was adopted. Long Beach Mayor George Bass asked for public comments, whereas only one occurred from Dr. Ann Wright thanking the city for the Wheel Way project’s completion on the beach. After the public comments closed, the budget and tax levies were motioned by the board to be finalized on September 4.

In the notice, published by The Gazebo Gazette, the city of Long Beach proposed budget would have a revenue of over $16.8 million, as opposed to $16.6 million from the last fiscal year. This decision would not increase the ad valorem taxes, which means city residents will not pay more in ad valorem taxes on your home, automobile tag, utilities, business fixtures, equipment, and rental properties from October 1, 2018 to September 30, 2019 unless your assessed value of your property has increased during the time period.

The Board of Aldermen tabled four agenda items, including a new tree board appointment, a resolution for child endangerment, a Mitchell Road subdivision sketch approval, and Winter Garden Estates Sketch & preliminary plat approval despite lengthy discussion with City Engineer David Ball’s letter based on the concern.

In other actions, the board unanimously approved the changing of the software for the Long Beach Library as per quote and five special events to waive fees and accept applications.

Then, the aldermen unanimously authorized Mayor Bass to execute the revised Interlocal Government Cooperation Agreement between Harrison County and the cities of Long Beach and Pass Christian for initial project program development of the Beatline Park Project, as requested by the State Attorney General Jim Hood’s office.

Finally, the Long Beach School District’s Fiscal Year Budget and tax levy resolution was unanimously adopted. Following unanimous approval of one step increase for the Police Department and one hire by the Fire Department, a brief executive session took place on litigation purposes with no action taken.

Alderman Kelly Griffin was absent from the meeting due to a prior engagement of her employment, as the director of the Harrison County Beautification Commission. 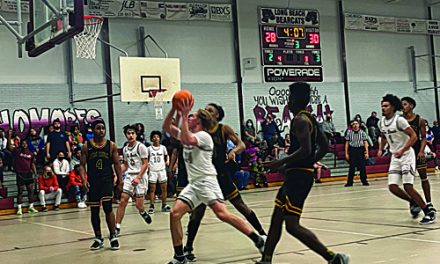