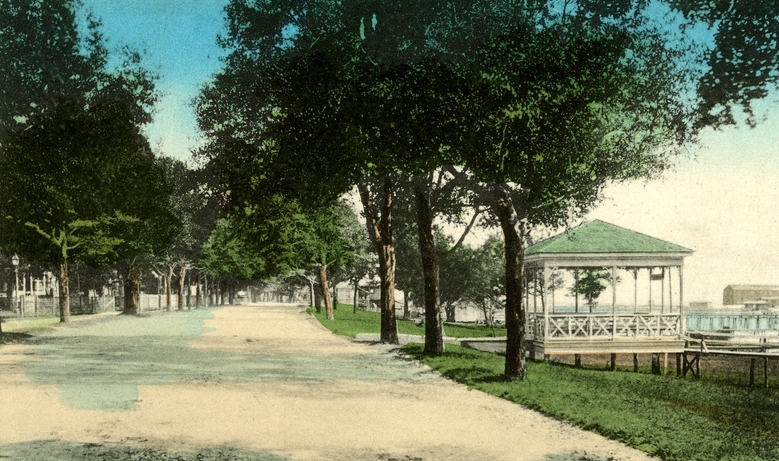 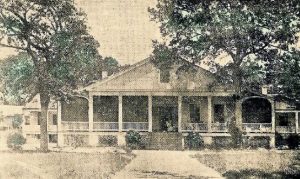 For any lover of Gulf Coast History, especially of Pass Christian, if you haven’t read the 1895 book published by the L&N Railroad entitled “Along the Coast,” here are a few paragraphs that offer some incite.

“It is to Mr. Charles M. Rhodes, the popular young Mayor of Pass Christian that the writer is indebted for much information regarding the town. Pass Christian was incorporated in 1848, and among the first merchants to establish themselves were Messers Brandt, Courtney, Bohn, Straub and Curtis, these being the old time settlers. Of this number three are already dead, the business being conducted by their heirs. Mr. Patrick Curtis and Mr. N. Bohn are the only remaining survivors of that quintette of merchants whose names are linked with the history of Pass Christian.”

“In the drive along the sea . . . the tourist sees a long succession of luxurious residences in park-like grounds; extensive boarding-houses with rustic benches scattered along the flower-bordered and shrubbery-shaded walks; and hundreds of pretty cottages with hammocks swinging lazily.”

“Pass Christian is situated, like all of the other Gulf resorts, on a peninsula – the town extending for six miles along the sea front which forms its southern boundary. On the north are the bayous Bois d’Ore and Portage so named by early French settlers because, the foliage of the forests on the banks of the former in autumn were bright with crimson and gold, the name signifies “gilded woods.” In the other case the bayou some ten (less than two) miles from “the Pass,” takes a course to the south and approaches to within a mile of the sea. In the olden days, the Indians in trading with the French at Old Biloxi, carried their canoes, provisions and furs across this narrow neck of land, saving thereby twenty miles or more in reaching their destination.”

“The Horner Place”is known as about the finest estate in the Pass, and is the property of Mrs. Jos P. Horner, widow of the celebrated lawyer of New Orleans. The Horner place is situated upon a high tract of land, with a beautiful lawn dotted here and there with lovely beds of rare flowers and huge shade trees so much that you can remain on the lawn all day and never be trouble with the sun. Numerous drives and walks are beautifully laid out in great order throughout the estate. The house itself is a magnificent residence, built on the cottage plan, that has a wide gallery all around it, containing numerous windows and doors so that every breeze is caught and wafted in, and when the breeze blows from the gulf, the odor of the shrubbery and flowers of the garden are swept inside. Along the rear and sides, two large windows are on either side of the main building. The guest rooms and out houses make this not only the finest, but the largest estate at the Pass.”

“Joseph P. Horner spent thousands of dollars on this place in order to bring it up to his idea of a joyful summer residence, and as he was not without refined taste in everything, it is but natural that he succeeded in placing his house at the Pass among those of the highest standard along the gulf coast. This makes an ideal summer home for anybody or a winter residence as well, for it contains all the conveniences necessary for such a place. The hunting directly in the rear of this estate is one of the best along the coast and the fishing is noted for the excellent class of the finny tribe that is usually caught here, there may be a few places on the gulf coast that are as attractive as the Horner Place, but there are none more comfortable or has more conveniences than it has. (Located in the 700 block of W. Beach spanning Vista /BeachView streets.)

“The sea-shooting on the nearest islands is fine, ducks, geese, curlew and snipe being found in abundance. Quail shooting is fair. Splendid deer and turkey shooting is enjoyed by camping parties.” “It could be hardly otherwise here, where the soil may laugh up its harvests of luscious fruits and delicious vegetables to the tickling of the hoe, and the sea gives up its miraculous Galilean profusion of fishes.”

“The numerous fishing and promenade piers, pagoda-ornamented and projecting into the Sound are used for fishing or moonlight flirting, according to the bait used. The waters are more frequented by Spanish mackerel, the famous pompano, the shoal loving flounder . . . frequently speared by pleasure parties.”

“Too much cannot be said of the majestic oaks which shade the avenues and drives at ‘the Pass,’ many of these are very large and must have been planted over a hundred years ago. Notable among the oak giants is the one on the grounds of the Mexican Gulf Hotel, under whose grateful shade, seats are placed, affording shelter from the heat to numberless guests of this famous hostelry.”

The Pass Christian Historical Society is hosting a luncheon August 27 at noon about the current status of the LaPointe-Krebs House in the Historic District. The location of this event is at 201 E Scenic Drive. Additionally, the Pass Christian Library is hosting the annual One Book One Pass events based on the Pulitzer-Prize winning novel, The Gulf: The Making of an American Sea by Jack E. Davis. The next event is at Oak Crest Mansion Inn presented by the Pass Christian Community Theatre Project August 23 at 7pm. This event in connection with the book is titled the meeting of the minds discussing theater experience. 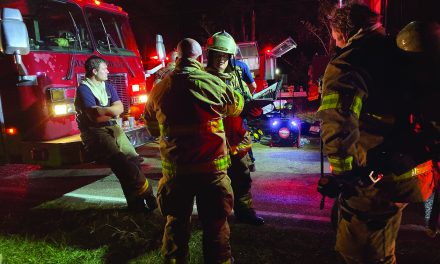 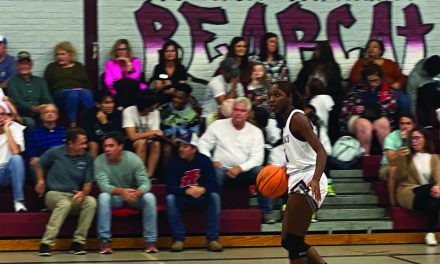 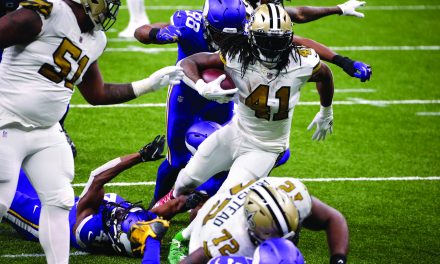