Sounds from GunHo Indoor Shooting Range and Firearms Store were again the topic of discussion at the Pass Christian Board of Aldermen meeting on Tuesday.

A resident in the neighbor­hood, who was not in atten­dance at the December meet­ing when Aldermen addressed the issue, said the sounds of gunshots remain disturbing.

Pass Christian resident Rudy Cardreon lives in the neigh­borhood adjacent to the indoor firing range. During public comment, Cardreon told city leaders of his frustrations with the continued noise coming from the facility. He said the issue is not about the times of operation but about the noise in general. Cardreon said gun­shots were disturbing any time of the day or night.

During a December Board meeting, city leaders along with GunHo owner Roger Ca­plinger, came to an agreement to change the hours of operation in order to address the growing noise complaints from those living near the establishment. In the public meeting, all agreed to the new hours.

Alderman Anthony Hall said the board had attempted to achieve a “win­-win” through regulating the hours of operation, thus controlling the time gunshots would ring out.

He apologized to Cardreon, saying that he had “dropped the ball” when re­sponding to Cardreon’s request which was to do something about the sounds of gunshots coming from the shooting range.

Pass Christian Police Chief Tim Hendricks told Cardreon that the own­er discussed further efforts to reduce the sounds coming from the business, mainly bringing in a mound of dirt to muffle the sounds.

City Attorney Malcolm Jones told Cardreon that he was the only person complaining about the sounds of gun­shots. Cardreon said, “It only takes one match to start a fire.”

Mayor Chipper McDermott recom­mended that Hendricks talk with Ca­plinger about what his plans are to fur­ther reduce noise.

The Board adopted the amendment to the City’s drug testing policy which tests for four additional semi-synthetic opioids. The amendment applies to five employees, CDL drivers.

Alderman Regina Charlot ques­tioned whether other employees will be tested for the same drugs. She said that it wasn’t fair to dismiss some em­ployees for testing positive for banned substances and not others.

“That’s a good question,” said Jones, who recommended the board vote on the recommendation before them. Jones added that he would discuss Charlot’s concern with the City’s dis­trict drug testing consultant.

Aldermen also voted unanimously to declare property situated at 147 Holi­day Drive in Pass Christian a public nuisance. A representative of the owner requested more time to clean the prop­erty. Jones said that the city would give the owners until February 6, 2018 to clean the property. 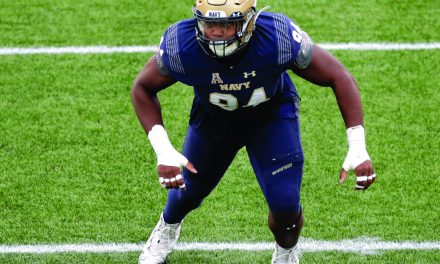