“The Speaker wanted to know about the results of other lottery states and the revenue that it provided to them, so we were a committee that was created to collect facts,” said Bennett. “My role was as a fact provider, not as an advisor.”

Gunn has been publicly opposed to the idea of the state lottery, citing his Chrisitan faith and religious philosophy. Gov. Phil Bryant and Lt. Gov. Tate Reeves have been on the opposite side of the spectrum, supporting the idea to help revenue.

Other sources on the special panel have commented that Gunn may be open to the idea of allowing a bill to go through the committee markup process and proceeding to a roll call vote instead of blocking a bill, similar to Senate Bill 2473 authored by District 46 Senator Philip Moran (R-Pass Christian, Bay St. Louis).

“It is getting pretty ridiculous when the state residents are traveling across the border to purchase lottery tickets and the money could be provided to our revenue,” Bennett said.

The Mississippi Gaming & Hospitality Associa-tion (MHGA) had other ideas for Bennett and the rest of the House Lottery Working Group, Bennett said.

MHGA Executive Director Larry Gregory pointed out that “reduction in gaming revenue [from the casinos] would mean fewer dollars for capital investment, which would create even greater challenges attracting out-of-state visitors.”

Another question about this potential state revenue gain is where the funds would be provided, Bennett said. Committee sources suggested that the general fund would be ideal, but District 122 State Representative and Minority Caucus Leader David Baria (D-Bay St. Louis) felt that this would be a terrible decision.

“Placing [the money] in the General Fund is a bad location for any revenue that is gained from state lottery,” Baria said. “These funds should be given to a special fund in education.”

Even though accountability would be questioned, Bennett said that placing revenue toward any agency is “a pyramid scheme,” without either transparency or accountability.

The Mississippi State Legislature will convene on Tuesday, January 2. 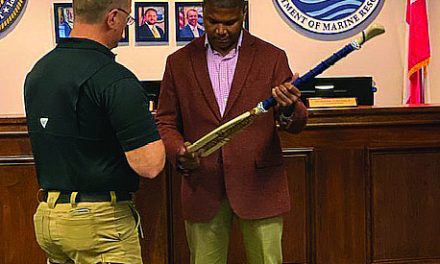