Hurricane Nate’s powerful storm surge left a trail of pumpkins in patches among storm debris all along Hwy. 90 in Pass Christian and on its beaches Sunday and a church charity thousands of dollars in debt.

“It’s our main fundraiser,” Church member and lead program organizer Jeanne Tagge explained, “and it took a hard hit,” she said. “After comparing the numbers to last year with the cost of the pumpkins, we estimated around at $10,000 loss in just a week’s time.”

Every fall for the past 25 years, Trinity Episcopal Church’s pumpkin patch has attracted families from near and far as they gather on the decorated fall-themed beachfront grounds. Many say they go to take pictures, choose a jack-o-lantern, and tour one of the most popular pumpkin patches on the Coast.

The longtime annual fundraiser is designed to raise funds for multiple charities, Tagge said. “We spread the funding around as part of our outreach program,” she went on to say.

“To name just a few who benefit from the program is The Boys & Girls Club of South Mississippi, the Gulfport Humane Society, and Pass High School as scholarships are provided to some of their students.”

The church even reaches as far out as to The Little Roses Orphanage for girls on the island of Honduras. Tagge said the church was happy to allow residents to scoop up any of the slightly damaged pumpkins, soon after the storm, which useful lives were unfortunately shortened due to the damage caused by Nate’s high winds and flood waters.

“We greatly appreciated the help with cleaning-up the pumpkins.” Tagge said, “and we hope they all went to great homes and were put to good use.”

A replacement truckload of pumpkins is already on its way from New Mexico and is expected to arrive by Saturday October 14 at around 11 a.m. Tagge said.

“We are hoping to be up and ready for business by 2 p.m. Volunteers are welcome to come help unload the truck once it arrives. We are looking forward to seeing everyone Saturday for the reopening.”

Donations are gladly accepted to help the church re-coup their lost cost but not mandatory. The fundraiser will run through the month’s end. 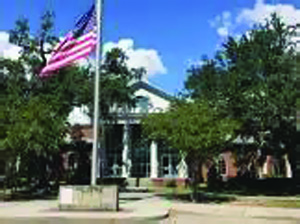 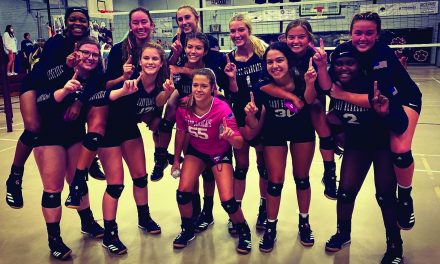