In a world full of vogue advertising and picture-­perfect runway models, self-esteem issues are becoming more prevalent. A woman’s body, some say, is expected to mirror those of popular superstars like the Kardashians, Selena Gomez, or Miley Cyrus.

Curvaceous 18-year-old Cameron Mazzoli, friends say, looked the same as always, but inside the former Hancock County resident says, she was quivering with humiliation after a dog attacked her last September in Pass Christian.

“After the dog attack, I admitted myself into a resi­dential treatment center for people suffering from PTSD and depression,” Cameron told The Gazebo Gazette.

Cameron said she was at­tacked while walking up to a friend’s front door.

“My head was ripped opened, I was drug across the driveway, and the dog ate parts of my legs and my arms,” Cameron said as she recounted the traumatic event. “In total, I had 250 stitches and 15 staples in my head.”

Although Cameron says she had suffered with self-esteem issues since she was a child, her injuries sustained from the attack left scars on most of her body, prompting the issue to become worse.

She would wear most anything that would cover up every inch of her skin, she said.

As part of her recovery plan, Cameron said, she called on life-long friend and photographer, Tabby Berkley, from Pass Christian.

“I wanted to do a photo shoot that was as if I was in control of the situation,” Cameron said, “and I wanted to show that I am thriving despite all of the traumatic things that have happened.

“I’ve always had self esteem issues and was very conscious about pretty much anything I would wear, so I wanted to show that the human body isn’t perfect, but I am determined to embrace my flaws!”

Cameron chose to pose with some of her favorite inspirational readings, to which she often turns as part of her recovery process. She said the shoot gave her more confidence and she hopes to empower other women.

“I hope this helps others to embrace their body regardless of scars, weight, or appear­ance,” Cameron said.

“Tabby had an eye for ev­erything I wanted, she cap­tured my scars up close and understood the meaning and purpose of me doing it. When posting them, I was very nervous but man oh man! Everyone was so supportive and receptive!

“They showed me lots of love and it made me feel all warm and fuzzy.”

Photographer Tabby Berkley really enjoyed the unique photo-shoot and plans to book more. For booking, you can email her at Tabathia.mb98@gmail. com. 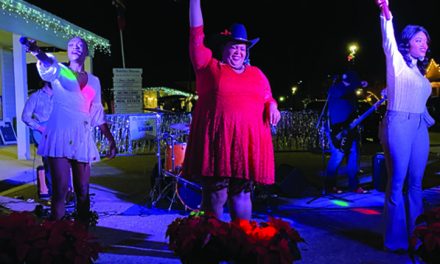 A September to Remember for Chapel Hart 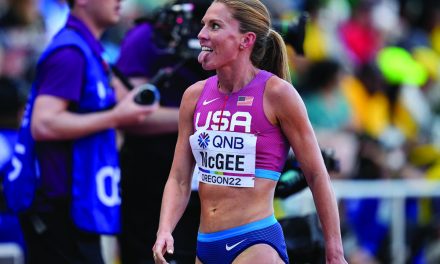 War on Blighted Properties Wages On